Equipment to Be Installed Today on Þingvallavatn Lake 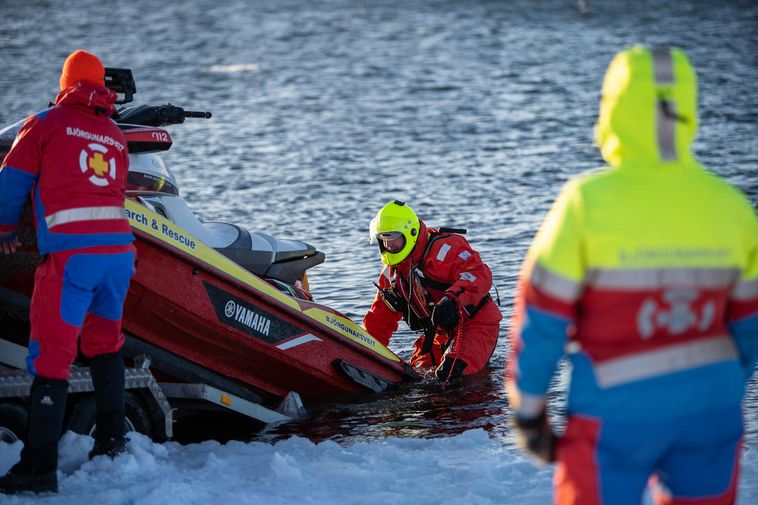 Due to poor driving conditions, the transport of equipment needed to retrieve the bodies of victims of Thursday’s plane crash in Þingvallavatn lake, Southwest Iceland, had to be postponed until today, Morgunblaðið reports, quoting a statement from the South Iceland Police Department. All four men on board the plane died in the accident.

According to the statement, police will remain on site from the time the installation of equipment begins until the operation has been completed. The weather forecast calls for fairly strong northerly winds this morning, diminishing by evening. Calm winds and very cold weather are forecast for tomorrow and into Friday.

The police explain that by tonight, all required equipment must be on site and its installation completed. “An ice strip is beginning to form along the lake shore, and a convenient location needs to be found for launching the barges to be used out on the lake,” the statement reads.

In addition to holding a daily meeting with those involved in the operation, meetings were held with environmental specialists and the fire department of Árnessýsla county regarding a potential risk of pollution. Police and the Transport Accident Investigation Committee reviewed their joint plan to inspect the wreck, and tasks were scheduled that must be completed in cooperation with those who direct the divers.