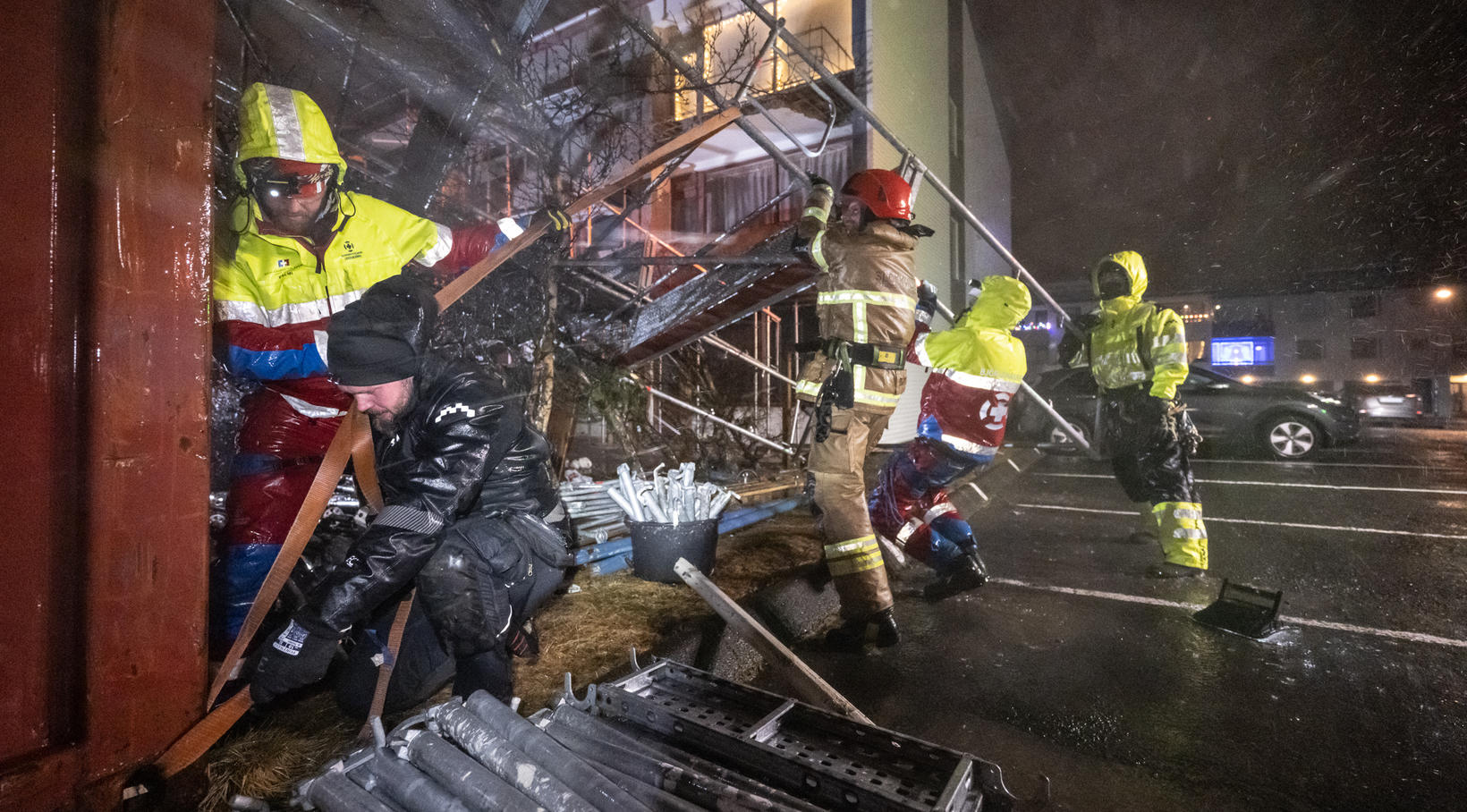 Rescue teams were called out about a hundred times overnight due to the severe weather that affected South and West Iceland, mbl.is reports They were first called out at 10:17 pm last night. Most of the emergency calls received were from the capital area and the Reykjanes peninsula, but some were from the town Þorlákshöfn and from Vestmannaeyjar islands. Most of them had to do with wind damage. 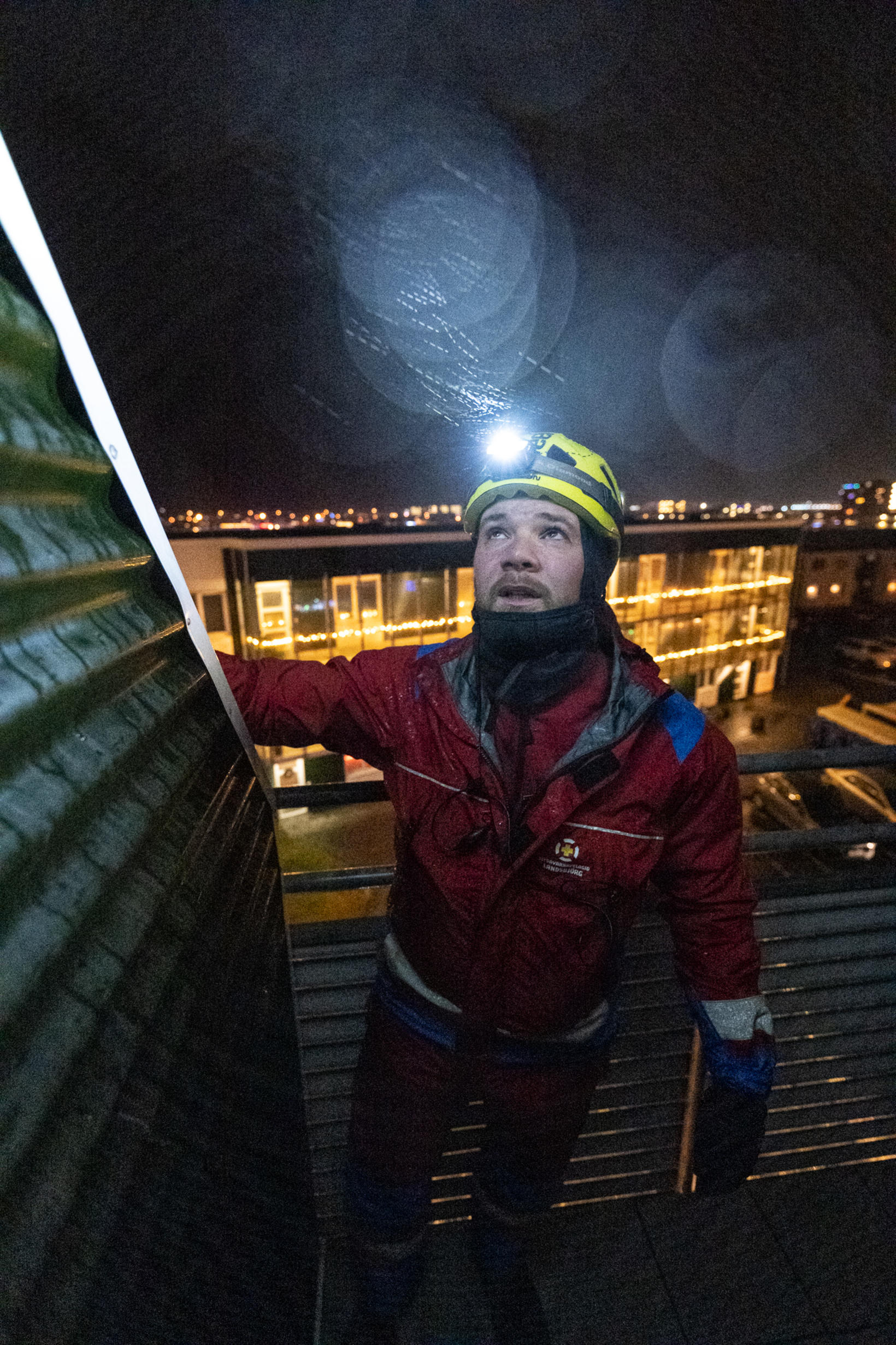 All kinds of things were blown away by the wind, such as fish tubs, garbage cans, and even Christmas trees. Fences came loose, tool sheds were blown away, and roofing sheets started flying around, as did the siding of newly constructed buildings. Construction material proved light enough for the wind to lift, and even scaffolding collapsed. The wind moved trailers and RVs about and sent a party tent into a neighbor’s back yard. 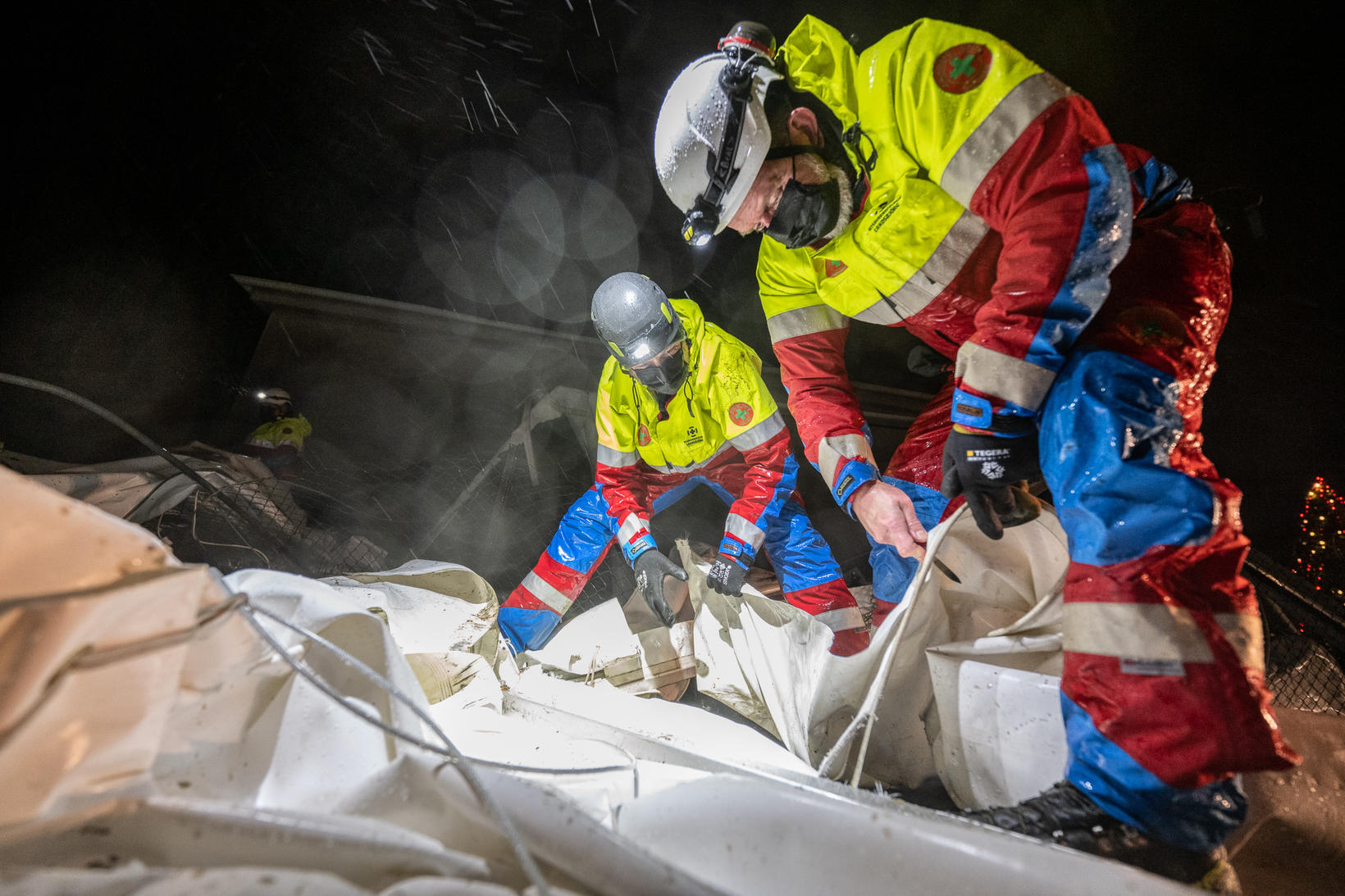 The Icelandic Coast Guard had expected damage in harbors and near the ocean, but that kind of damage was less than expected, and rescue helicopters were not called out. 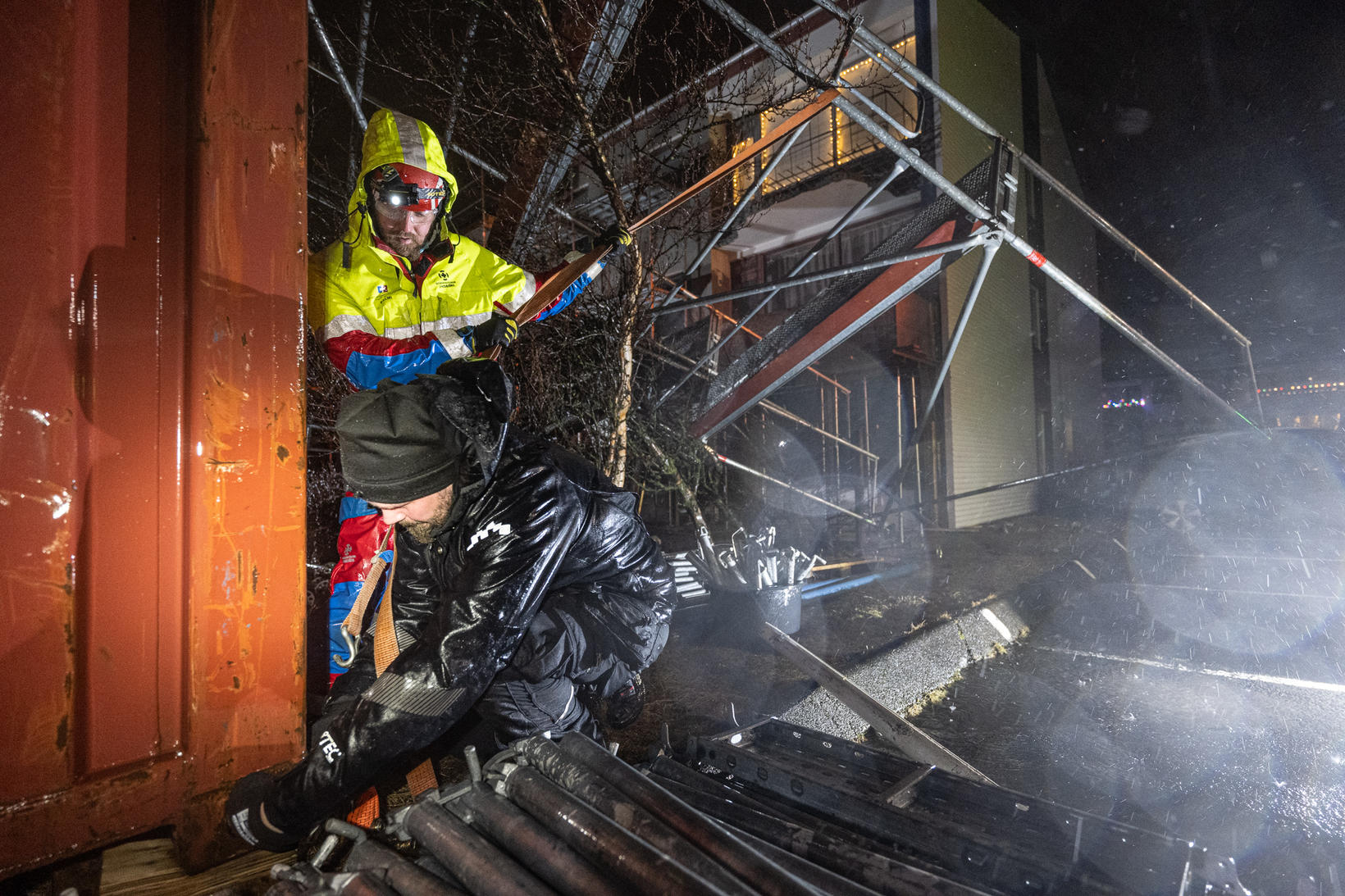 Rescue teams were the busiest between 11 pm and 2 am, after which the storm began abating. All tasks were completed by 4 am. 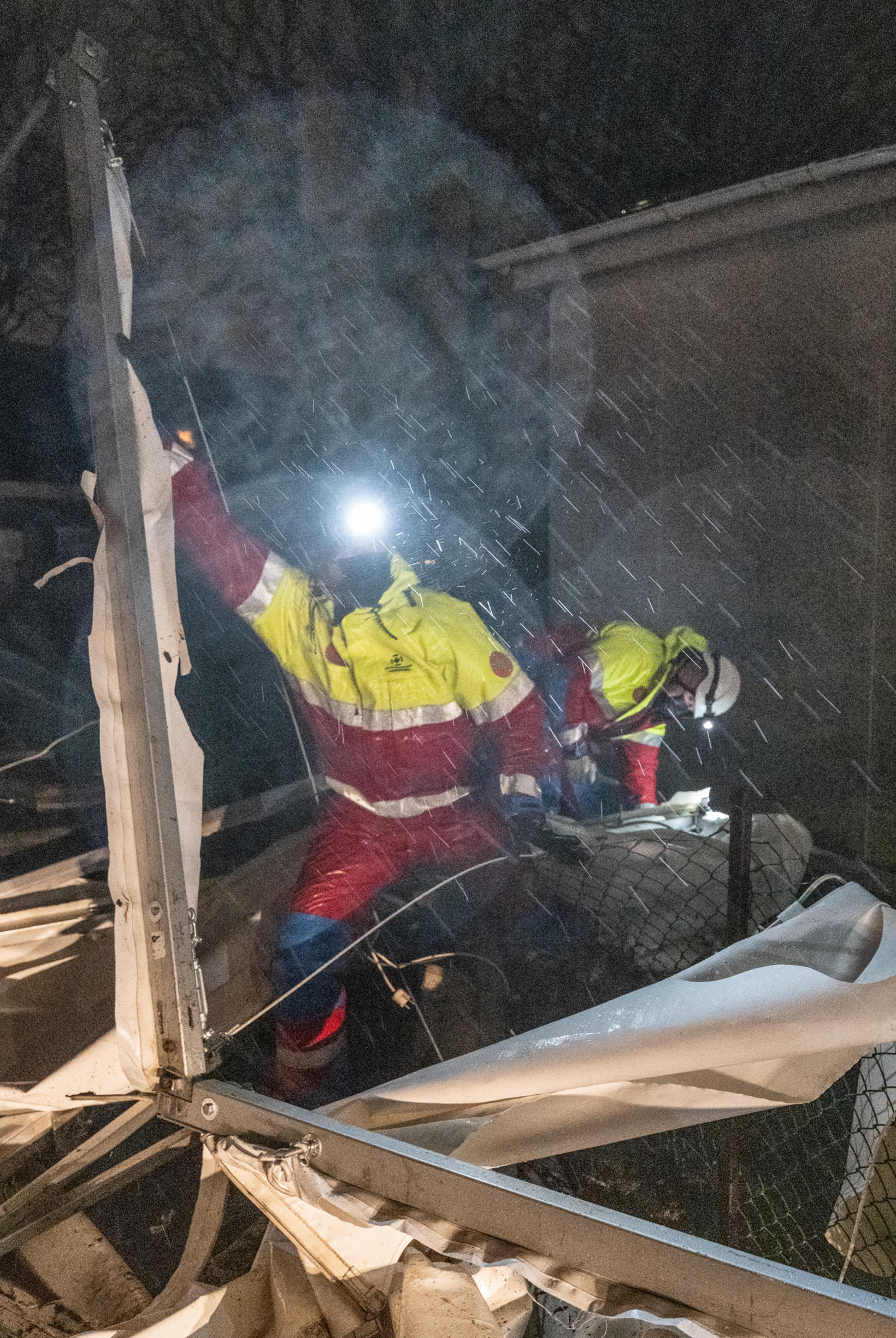 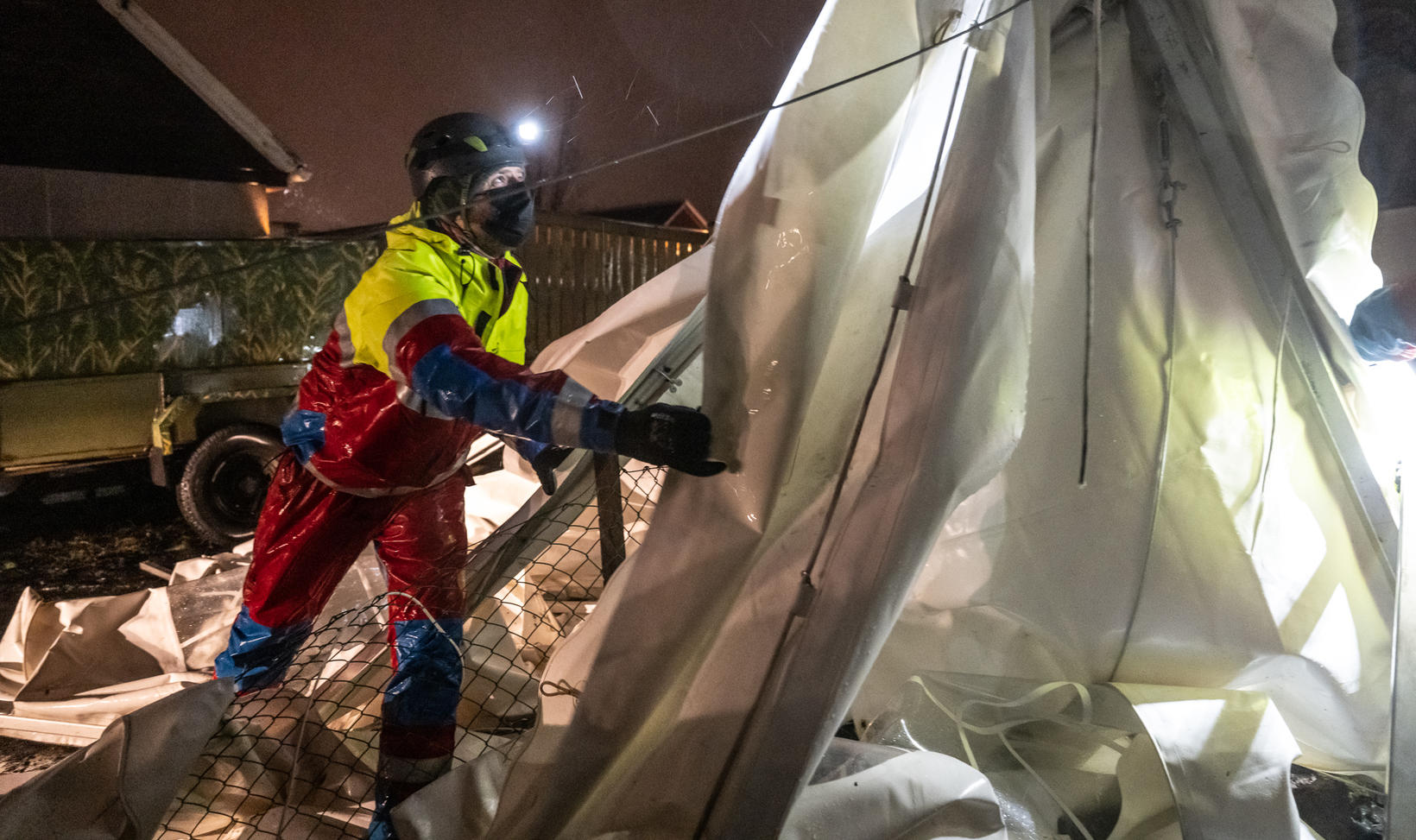