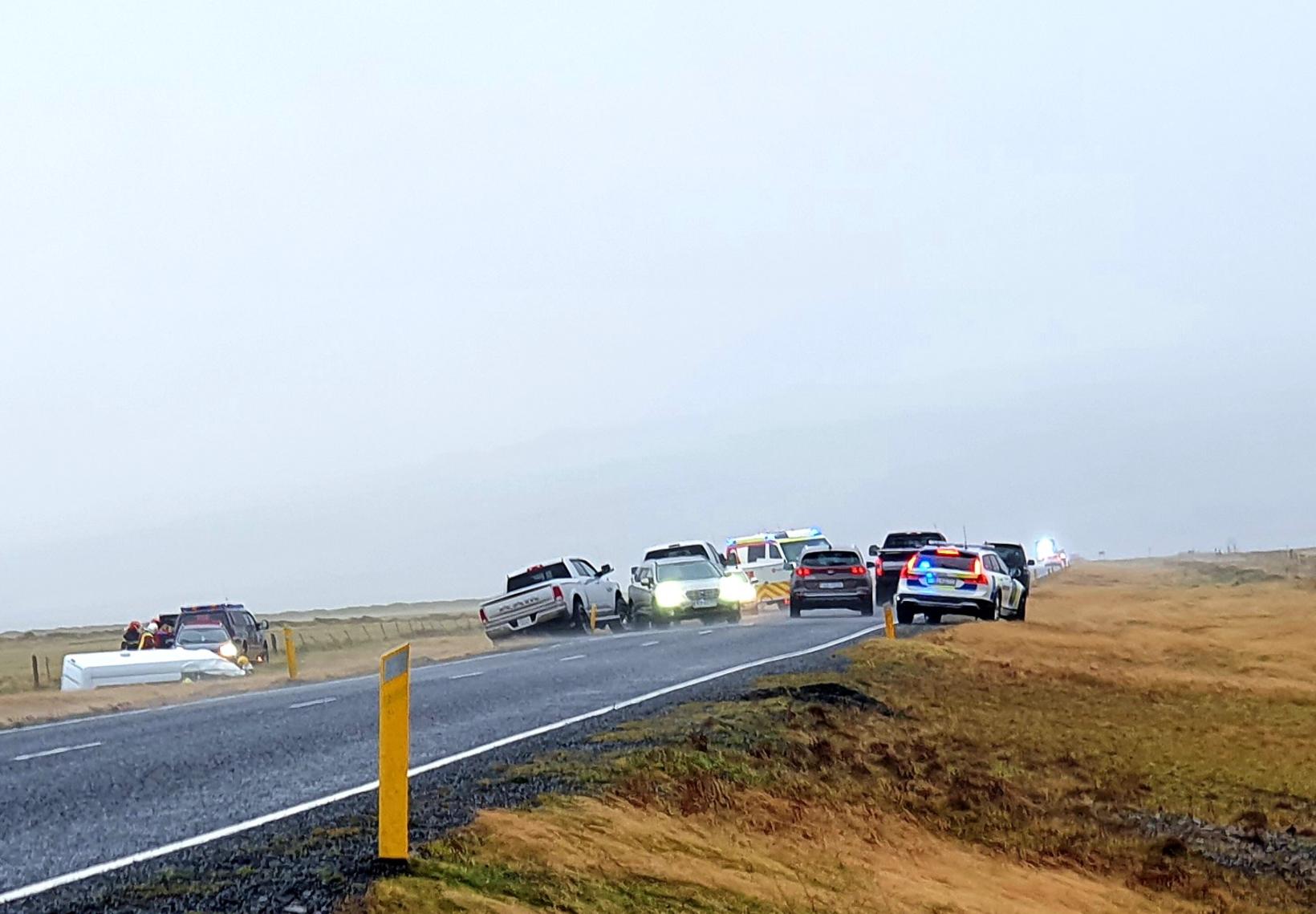 From the scene of the accident. The passenger bus is white, on the far left. mbl.is/Jónas Erlendsson

A small passenger bus landed off Ring Road 1, near Dyrhólaey promontory, South Iceland, between 10 and 11 am this morning, mbl.is reports. Eight people were on board the bus. Some of them are injured. 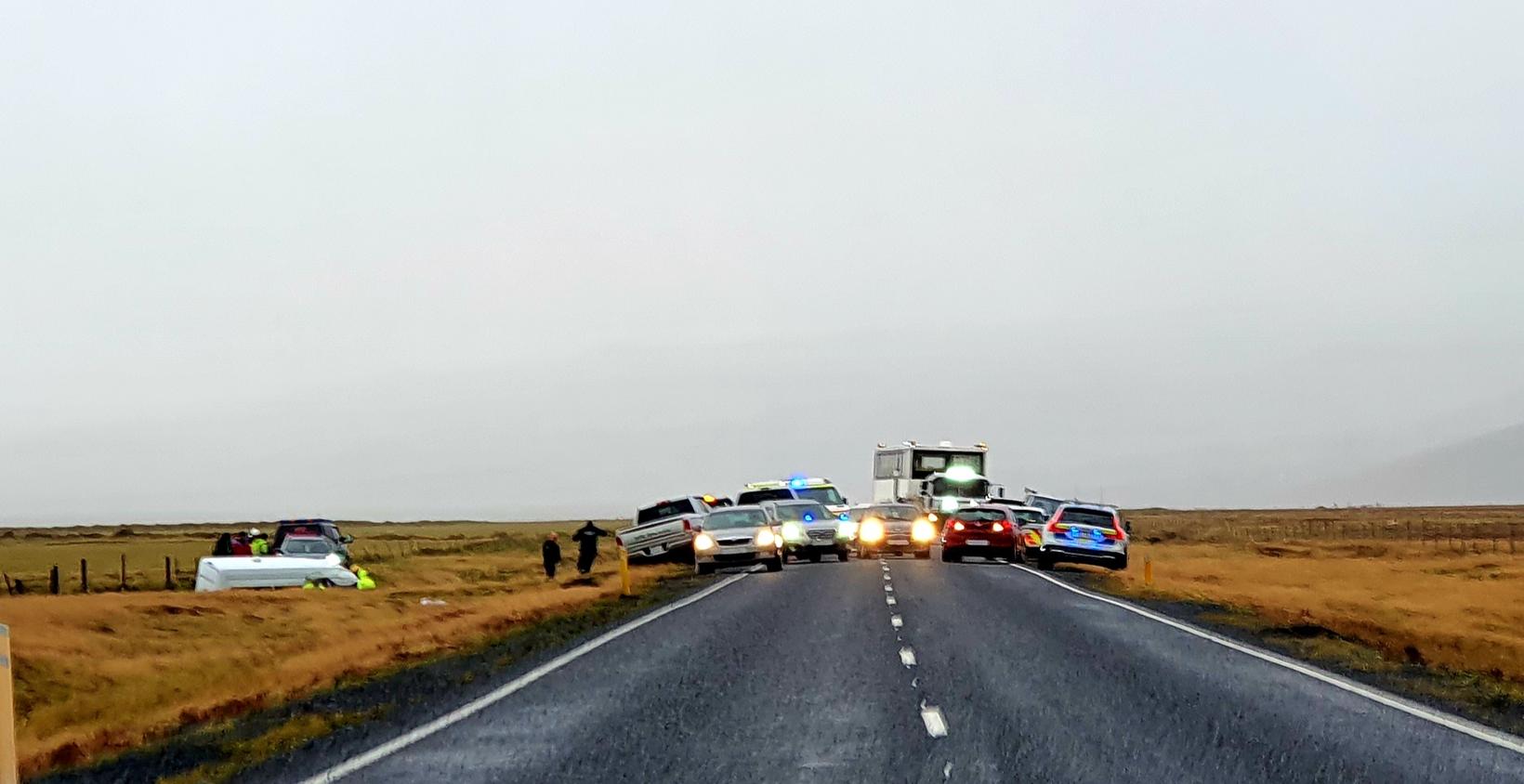 According to an mbl.is reporter in the area of the accident, the bus does not appear to have rolled over, but it is off the road, a short distance from the exit to the farm Skeiðflöt.

The accident was reported to the emergency line, 112, at 10:32 am. A group accident response plan was activated, and first responders were sent to the scene. 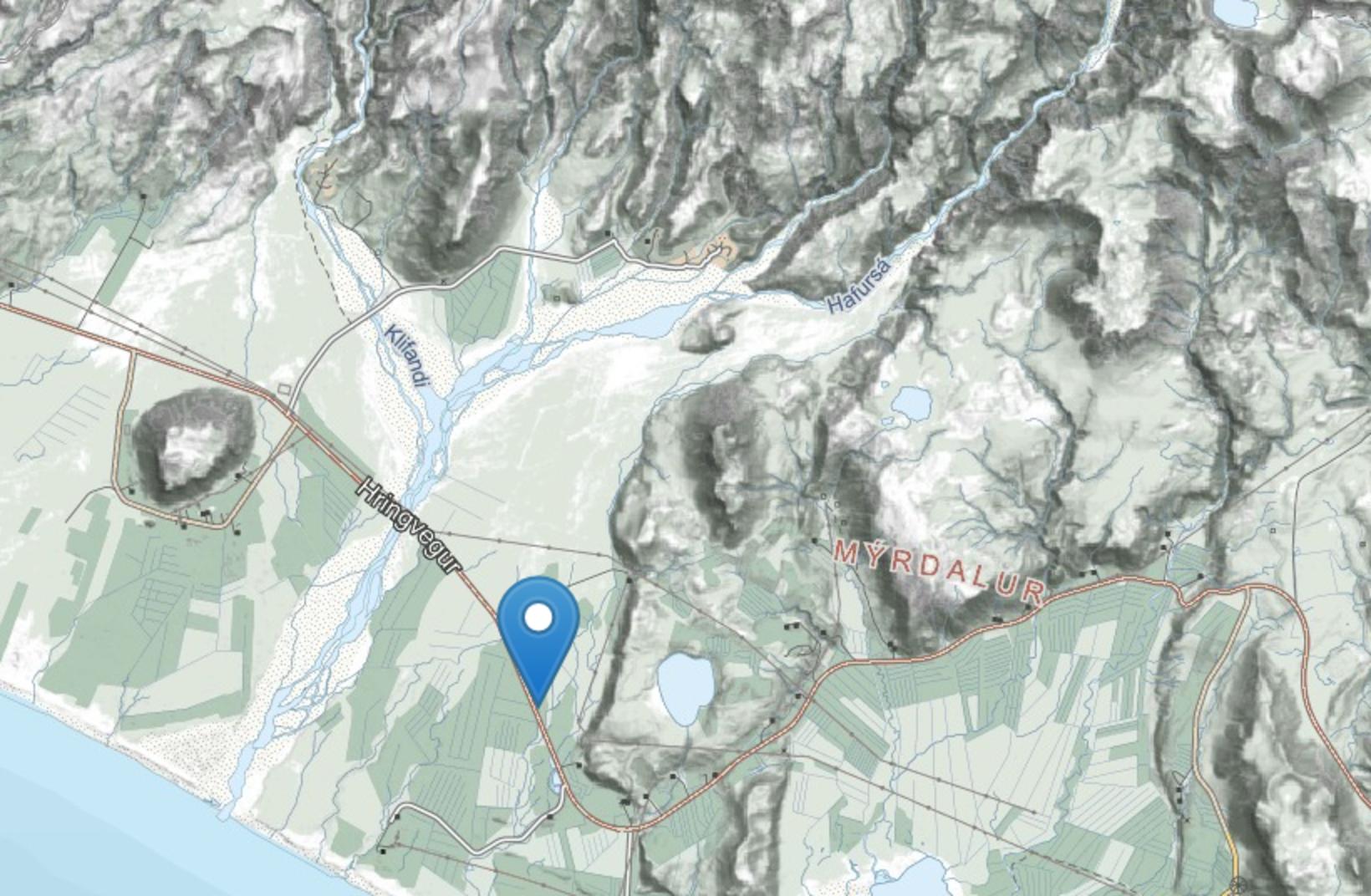 The location of the accident. Map/map.is

The Icelandic Road Administration has just closed the Ring Road from Hvammur to Kirkjubæjarklaustur, South Iceland, due to strong winds. 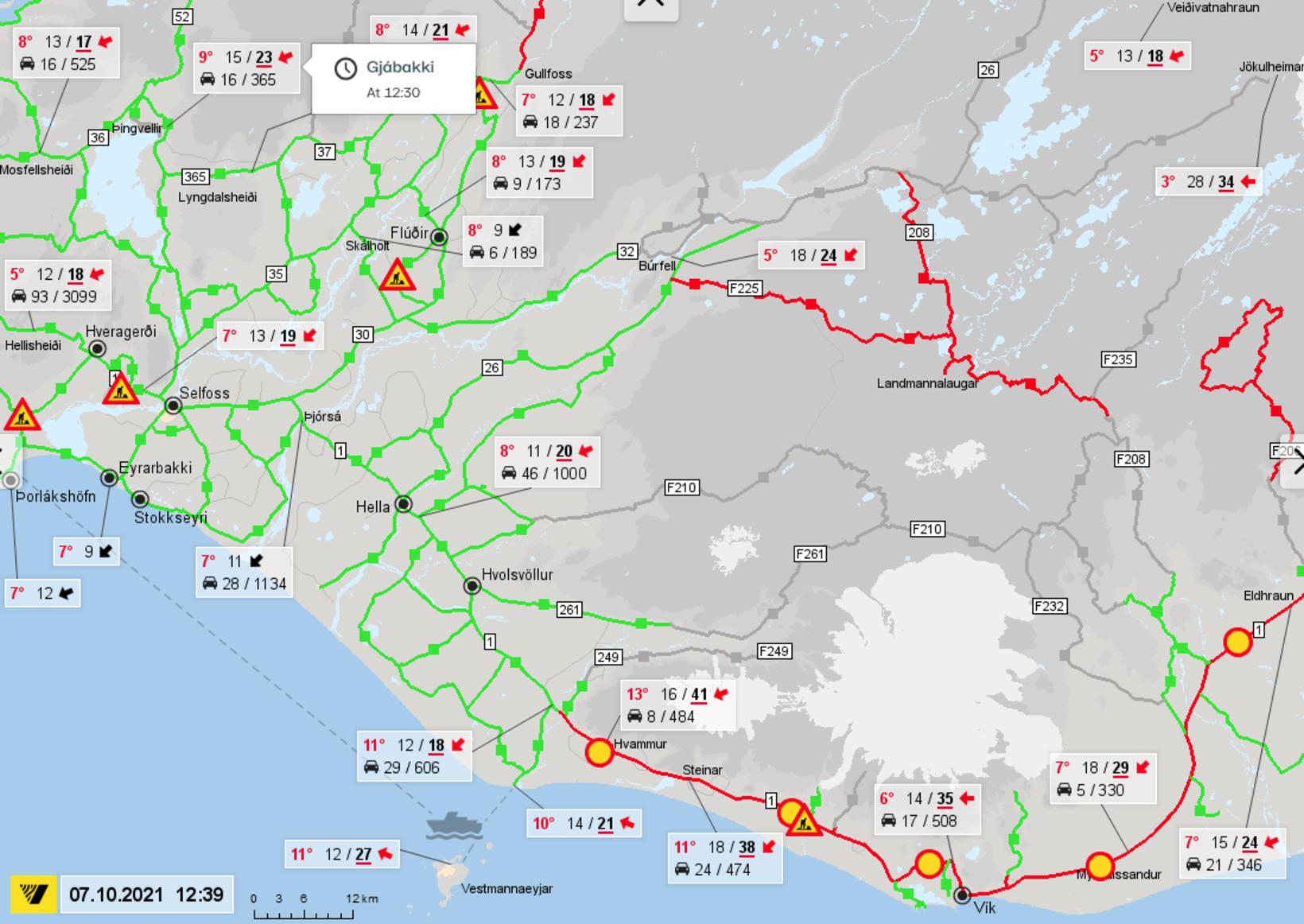 A yellow weather warning is in effect for the area, due to strong winds.