Swimming Across Fjord at Speed of Cow 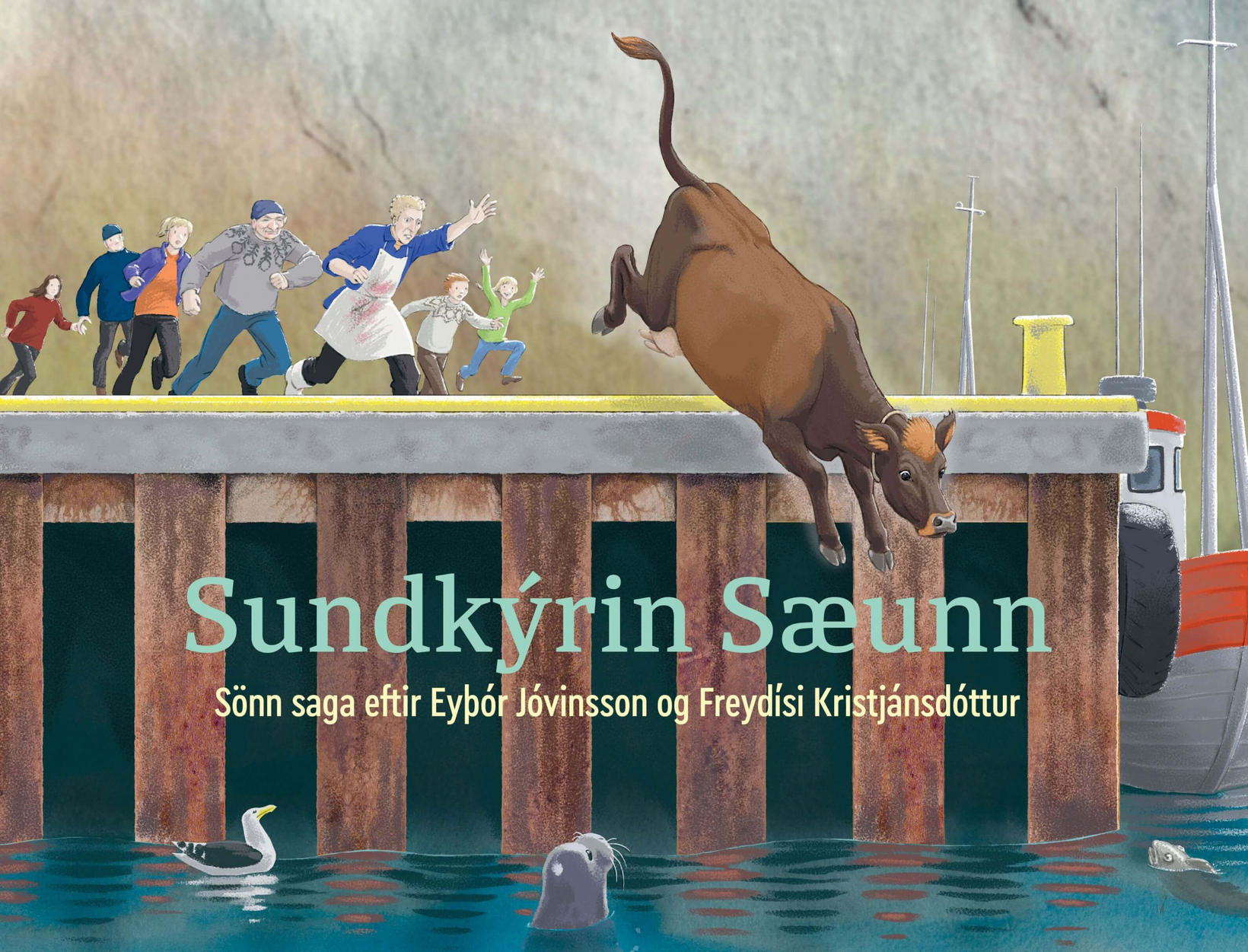 The cover of the book about the swimming cow, Sundkýrin Sæunn.

Sæunnarsund, an annual swimming event, was held in the West Fjords last Saturday to commemorate the heroic act of the cow Sæunn that swam across the fjord in 1987, Morgunblaðið reports.

A total of 28 people participated in the event by attempting to swim across Önundarfjörður fjord. Of those, 23 managed to swim from Valþjófsdalur valley to the town of Flateyri – a distance of about 2.5 km (a mile and a half). 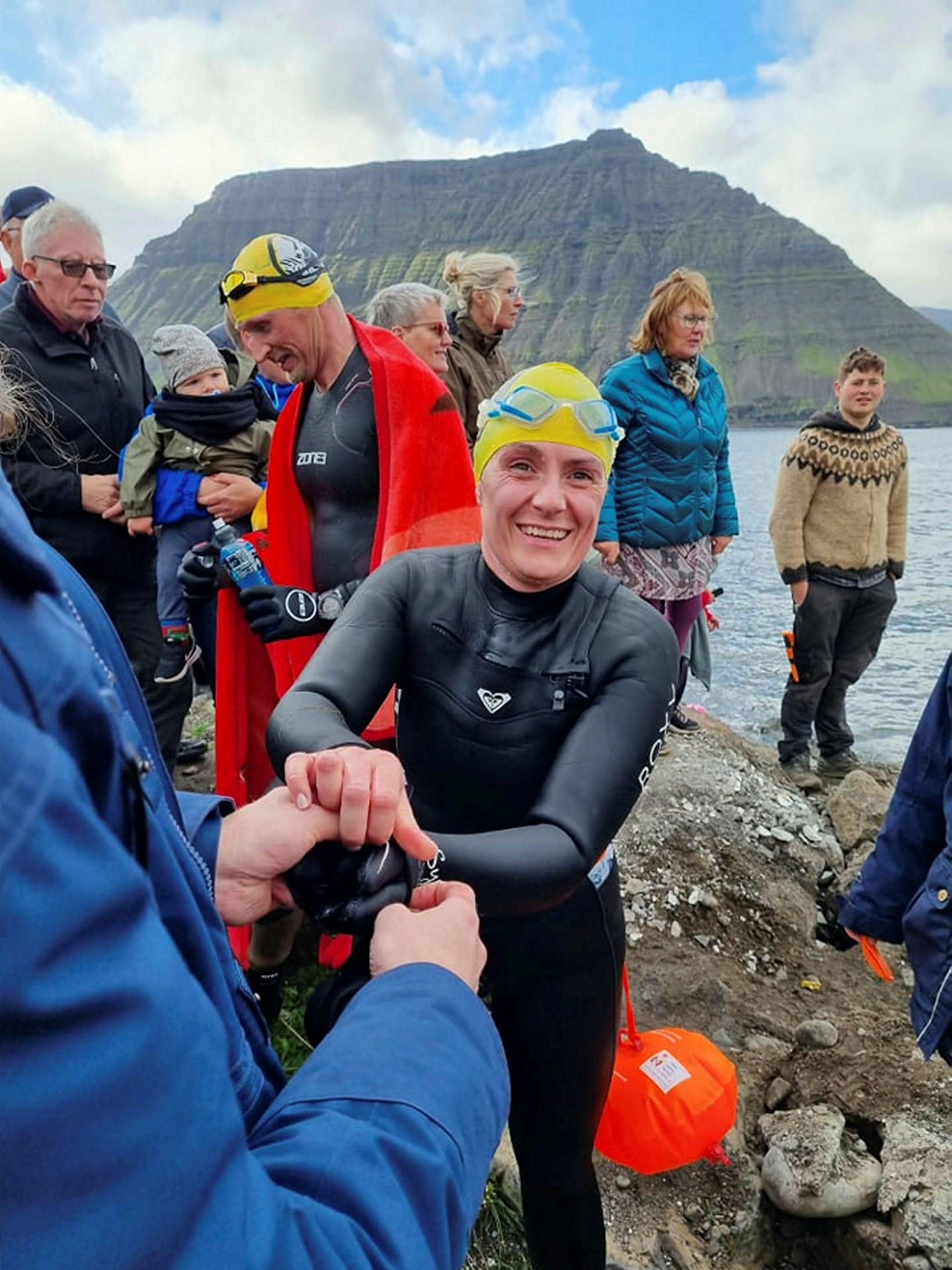 In 1987, the farmer at Neðri-Breiðdalur in Önundarfjörður fjord was forced to put down some of his cattle, due to new laws regarding cattle quota, according to Vísindavefurinn . One of the cows he sadly had to put down was one by the name of Harpa, although the cow was in good health.

Harpa was therefore transported to the town of Flateyri, where she had an appointment with the butcher. Approaching the door of the slaughterhouse, she broke loose and escaped. She ran to the shore and set about swimming across Önundarfjörður fjord. Miraculously, she made it across in about an hour. 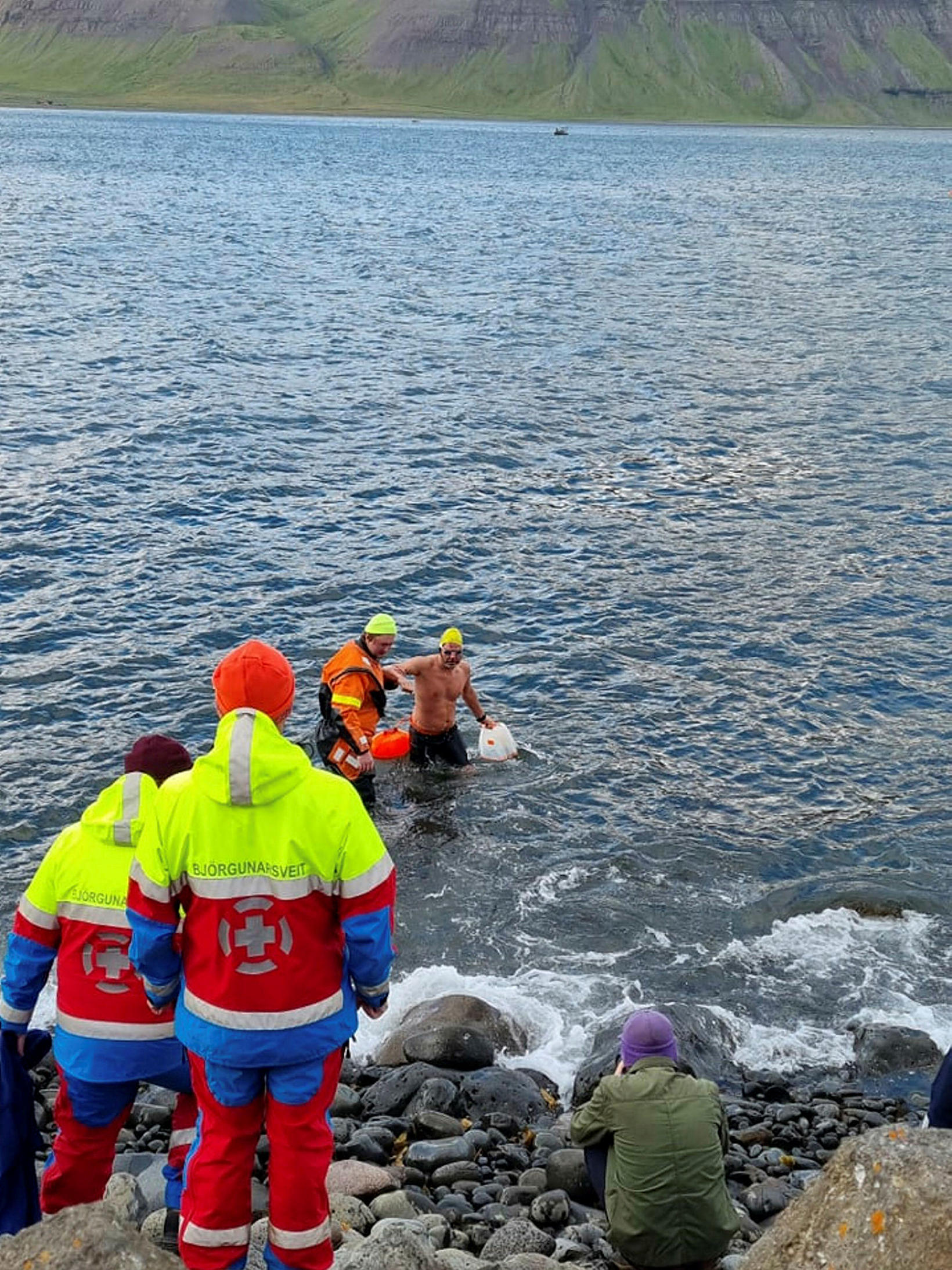 The farmers on the other side of the fjord, at Kirkjuból in Valþjófsdalur valley, were informed about the situation. The decided to reward Harpa for her perseverance by purchasing her and allowing her to start a new life at their farm. They appropriately renamed her Sæunn, meaning ‘the wave of the ocean.’ Sæunn thrived at the new home and gave birth to a calf eight months after arriving there, meaning she was already pregnant during the swim. She lived for six more years after the ordeal.

Most of Saturday’s swimmers crossed the fjord at the speed of a cow – in about an hour. This was the third time the event was held.