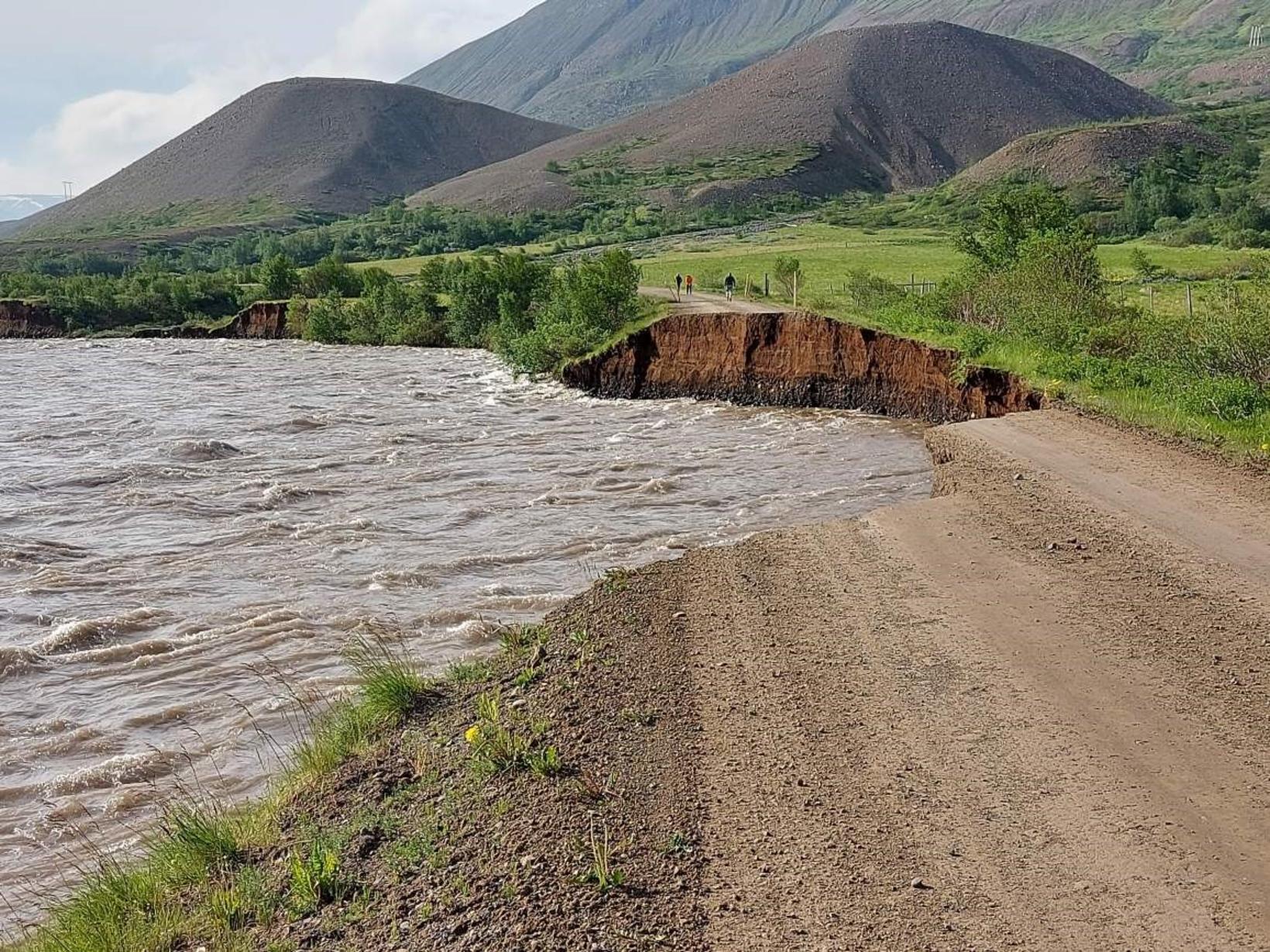 The road along Fnjóská river is damaged by flood.

Continued warm weather is forecast for the coming days in the north and east, resulting in increased snowmelt and swelling rivers. The rivers Hörgá and Fnjóská are currently flooding, and the road by the farm Illugastaðir near Fnjóská river has been damaged. Workers are busy trying to protect the bridge by Illugastaðir. 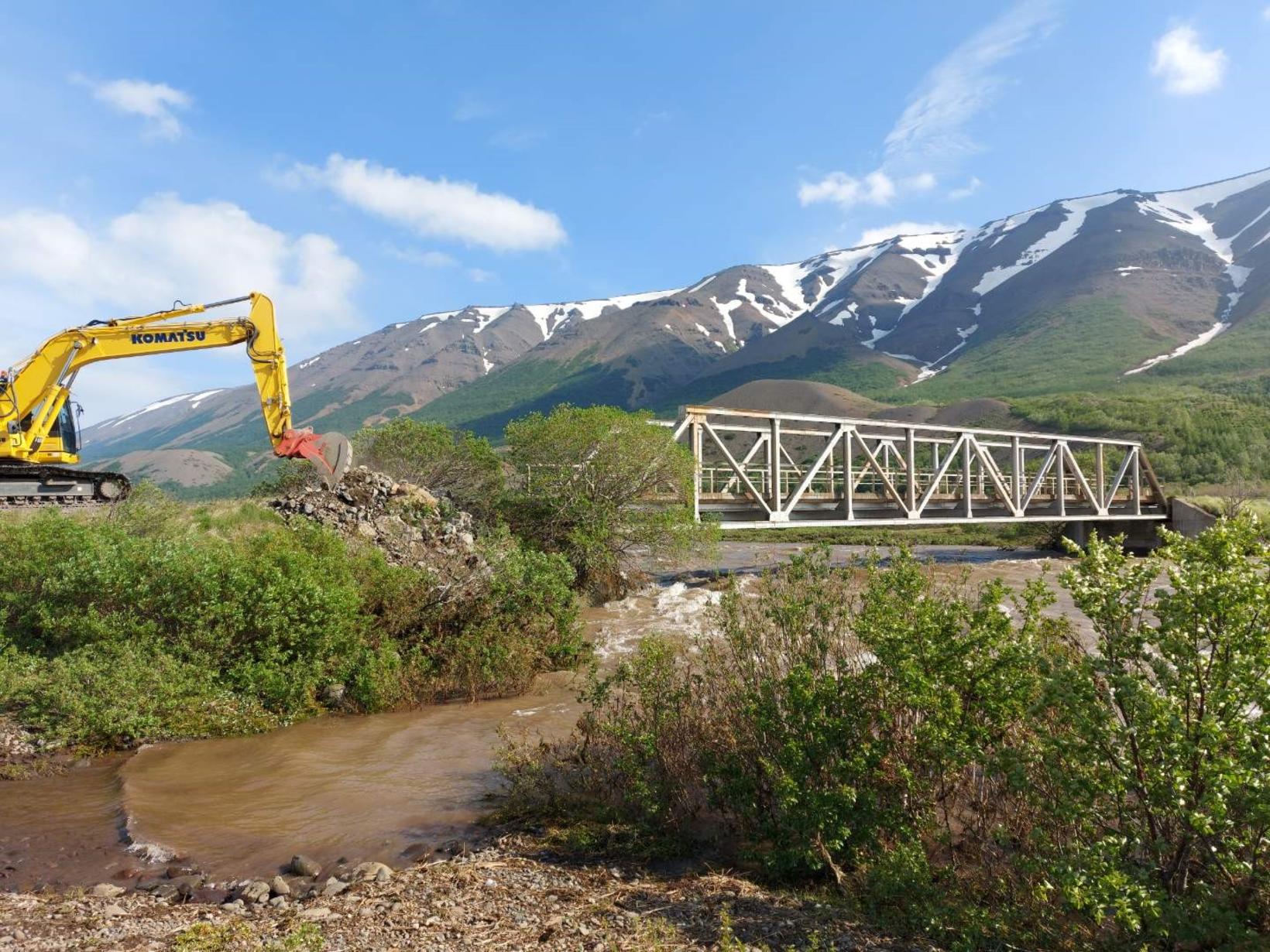 Using heavy equipment to try to protect the bridge over Fnjóská river.

Last night, the discharge of Fnjóská reached 578 m3 per second – the highest level since 1995. As a result of the flood in Fnjóská river, part of a nearby camping ground in Vaglaskógur woods had to be evacuated last night.

The Met Office has advised farmers to ensure the safety of their livestock.

The Northeast Iceland Police Department posted a statement on Facebook last night, asking residents in the area to avoid any unnecessary travel on highways and to exercise caution around rivers and lakes. “Rivers can be expected to continue swelling into the night,” the statement reads. “Rivers could possibly cut through roads and damage bridges. Residents of Akureyri are asked to avoid paths and depressions around Glerá river.”

Some bridges in North Iceland were closed to traffic last night. 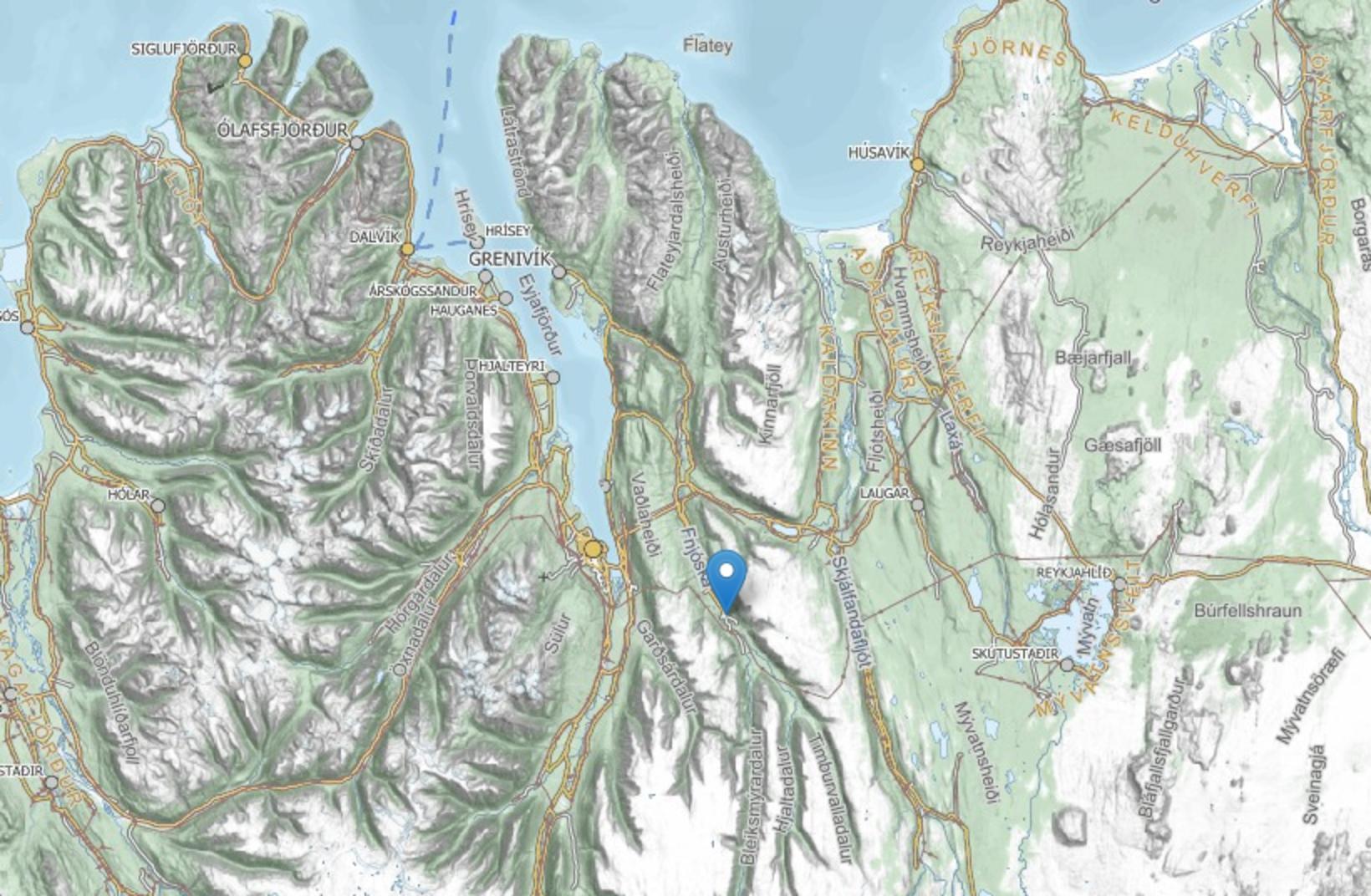 At 5:25 this morning, the Icelandic Road Administration posted the following statement on Facebook : “Roads can be expected to be damaged this morning, due to flooding in North Iceland. Please drive carefully and report any unusual circumstances and flood damage by calling 1777, for us to be able to respond to the problems right away.”

Some roads near Eyjafjarðará river were already flooded last night, as well as nearby fields.

Three landslides have occurred in Skagafjörður, North Iceland, in the past two days. It is not clear, though, whether those are related to snowmelt. Several houses were evacuated in the village Varmahlíð after a landslide damaged two houses there on Tuesday, but some of the residents have been allowed to return home.