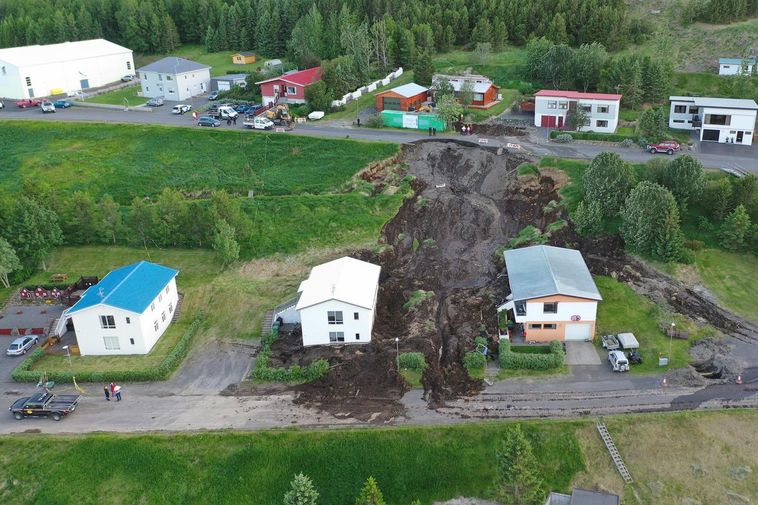 Two houses were damaged in a landslide in the village Varmahlíð, North Iceland, yesterday afternoon, mbl.is reports. Luckily, no one was injured. Several houses remain evacuated in the village as a precautionary measure.

“We couldn’t have been luckier; thankfully, we weren’t out in the yard, playing with the kids,” states Frímann Viktor Sigurðsson, owner of one of the damaged houses. He was on his way home when he learned about the landslide.

For some time, authorities had been monitoring a crevice in the road farther up the hill behind the houses, states Chief Superintendent Stefán Vagn Stefánsson. It had been getting wider. An edge that had become loose suddenly gave in. A crew of workers had recently arrived to try to fix the problem when the landslide occurred.