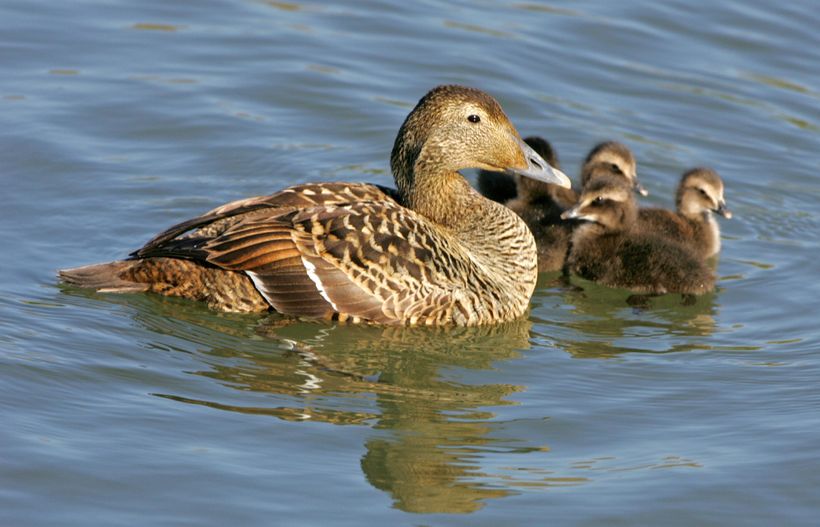 “I’m very optimistic. Everything appears to be improving. Selling eiderdown is going better now than during the past three to four years,” Erla Friðriksdóttir, owner and managing director of King Eider (Íslenskur æðardúnn) in Stykkishólmur, West Iceland, tells Morgunblaðið . She is among the major exporters of eiderdown in Iceland and employs four people, who clean, pack and handle export.

“The price is rather low, though, she notes. “It reached a peak in 2016 and is lower now than it was back then. The price of eiderdown has fluctuated over time.”

Japan and Germany have been the major purchasers of eiderdown over the years. At present, Germany has replaced Japan as the major buyer, and new buyers have joined the market as well.

Eiderdown is mainly used for down duvets, but for clothing as well. The sale of ready-made down duvets from Iceland has been on the rise lately. There are several companies in Iceland that make them.

In recent years, the number of farmers who collect eiderdown has decreased. Erla explains that some families who used to collect down have left their farms, and no one has taken over the down collection after they left.

Guðrún Gauksdóttir, head of the Eider Farming Association of Iceland, oversees down collection in South Iceland. There, the eider duck nests somewhat earlier than in West and Northeast Iceland – this year about two weeks earlier.

“We were lucky enough to be able to collect most of the down before the weather turned rainy and windy for a long period of time.”

But it’s not only wind and rain that can greatly affect the amount of down collected. An eider farmer in Melrakkaslétta, Northeast Iceland, who collected down yesterday, discovered to his dismay that a fox had killed many of the eider ducks, greatly reducing the amount of down.