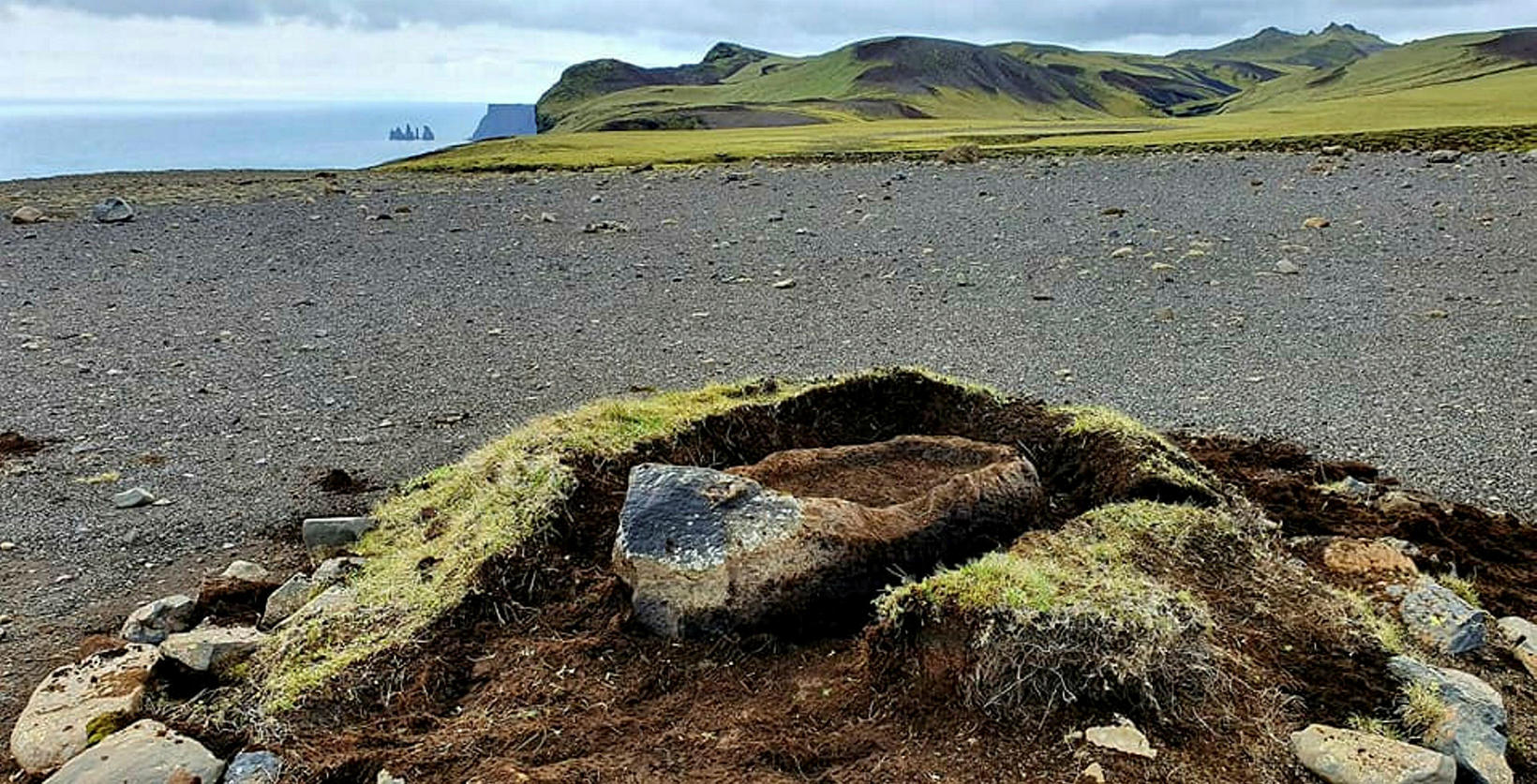 Last Friday, an archeological discovery was made in Skaftafellssýsla county, South Iceland, considered to be among the most important ones made there, Morgunblaðið reports. That day, Jónas Erlendsson, farmer at Fagridalur, dug up a large piece of basalt, hewn to look like a ship. The rock weighs many tons, and he had been searching for it for decades. It appears to have a keel as well as a prow hewn into it. 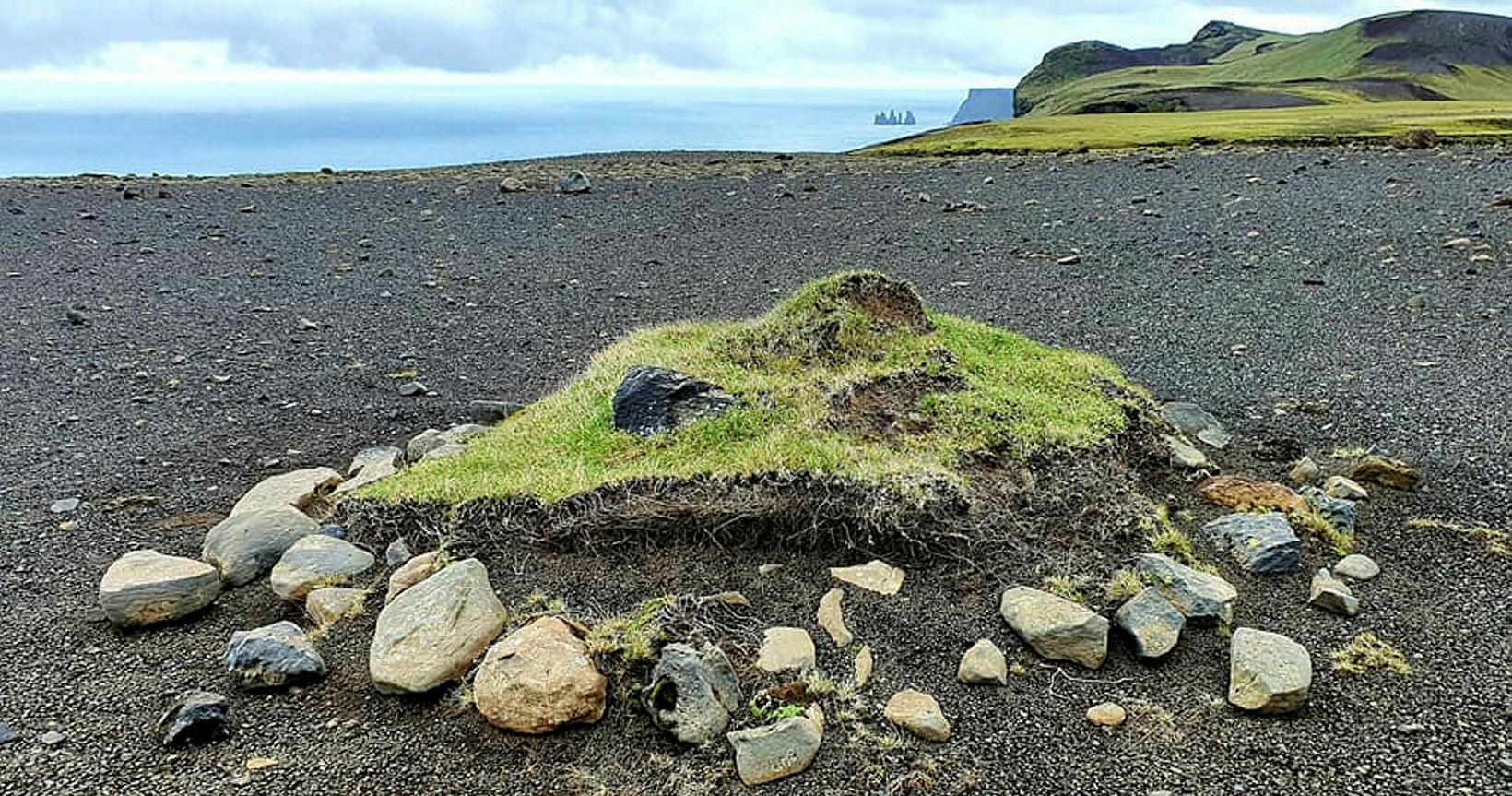 The 'ship' was hidden underneath the grass. Photo/Jónas Erlendsson


Þórður Tómasson, former director of Skógar Museum, considers this find exceptional. (See our earlier report on Þórður here ). He states it is extremely old. Archeological finds are rare in this region and no ruins of any kind have been found there.

Nothing is known about the purpose of the rock, but residents of the region have known about its existence for a long time. Jónas, the farmer who found it, remembers being shown the rock by his grandfather more than 50 years ago. Later, when he wanted to revisit it, it seemed to have disappeared. 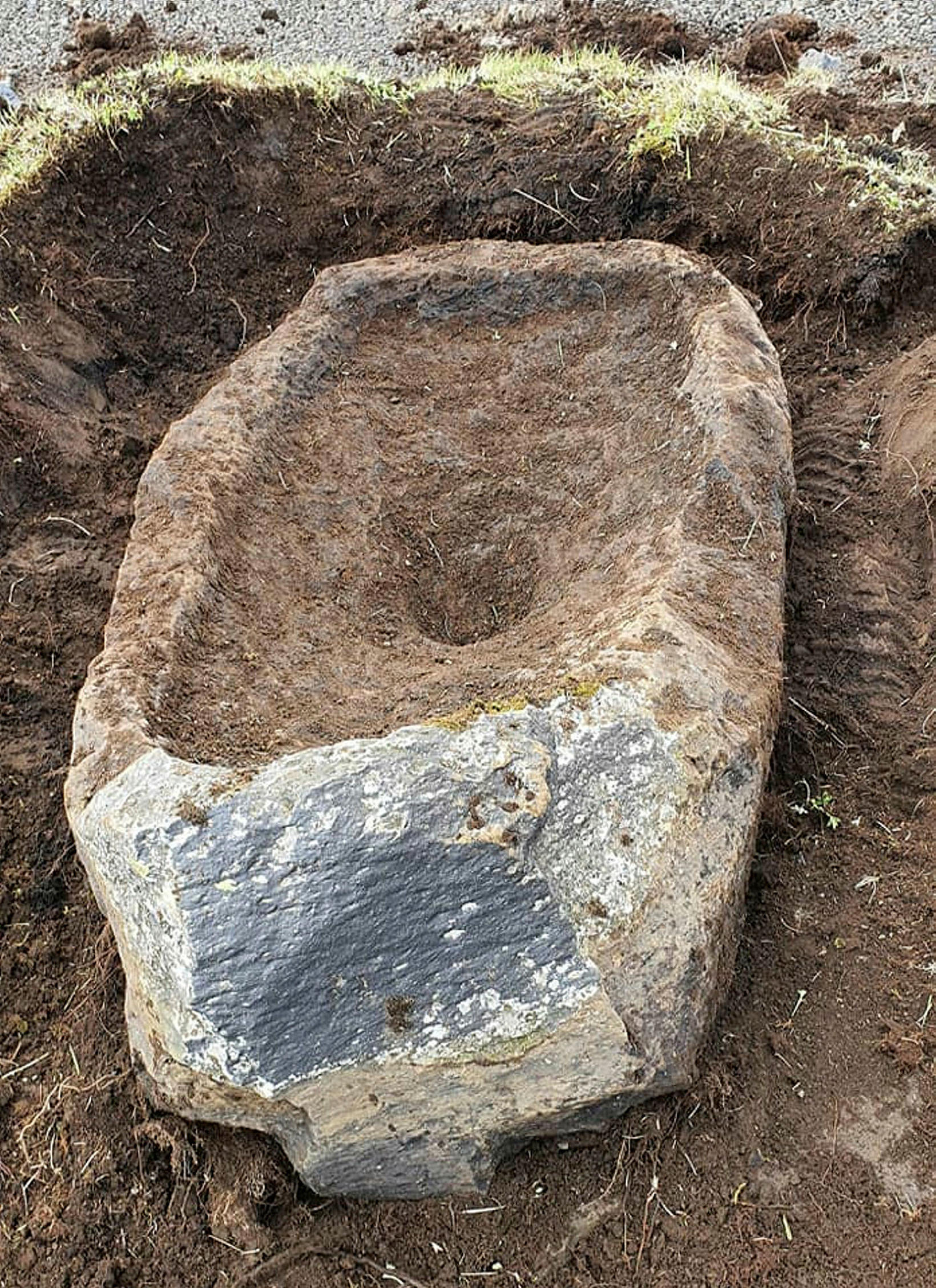 Þórður, however, had a long time ago recorded an account by Sigrún Guðmundsdóttir, a farmer’s wife in Fagridalur. Using her description, Jónas finally noticed the prow of the ‘ship’ sticking out from the grass-covered ground last winter. At the time, the ground was frozen, so it was not until last week that he managed to dig out the rock.

“No one knows anything about how old it is,” Jónas states. “It could be hundreds of years old.” 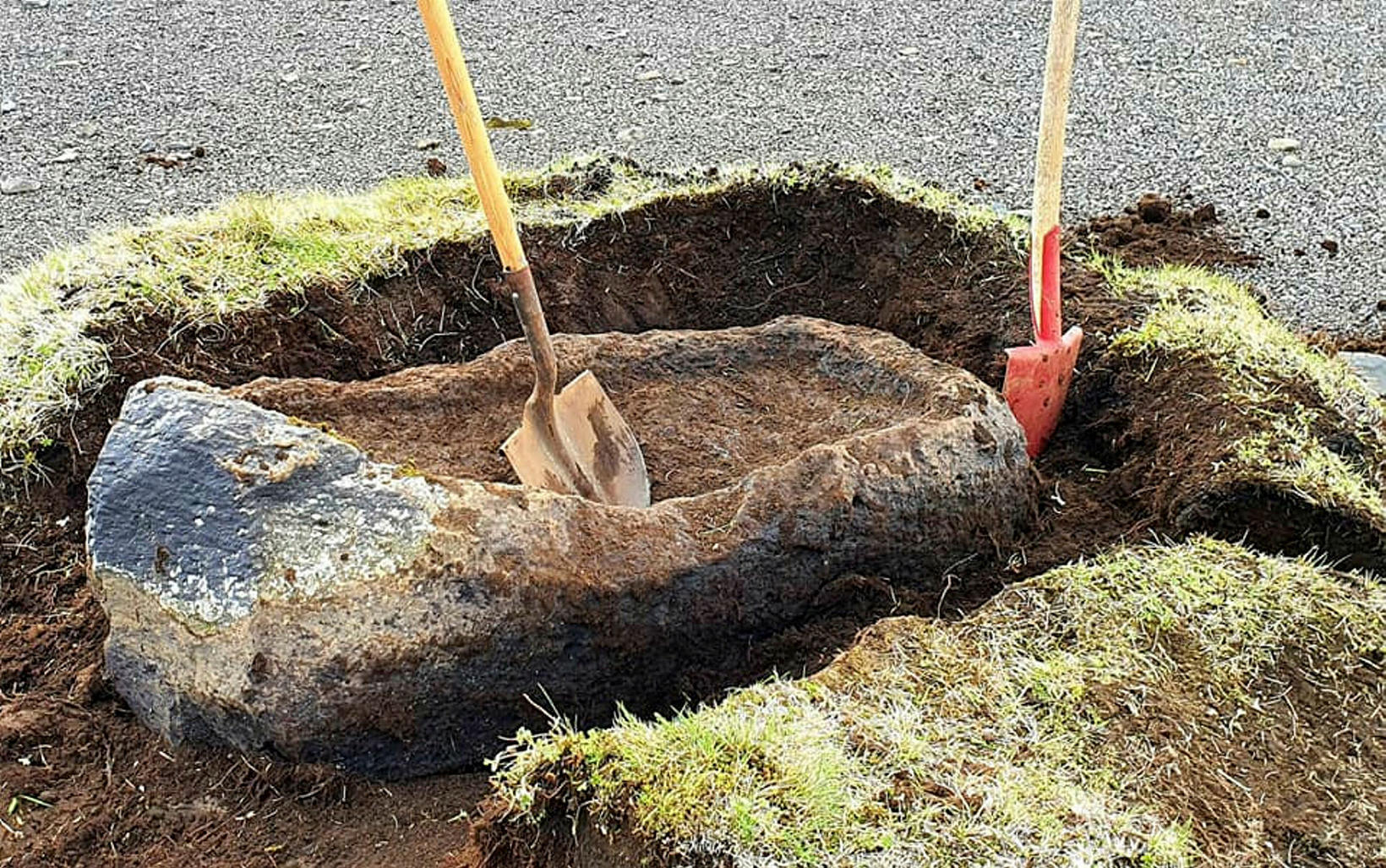 
Sigrún described the rock as having a bowl in the middle, where water always accumulated. Jónas speculates that the water in the bowl attracted birds, which brought seeds to the spot and fertilizer, causing grass to grow around the ship in an otherwise barren area.

The rock has no name, and it remains in an area called Dalahraun on Fagradalsheiði moor. It won’t be going anywhere in the near future, given how heavy it is. “The rock is immovable. It belongs nowhere but there,” Þórður concludes.