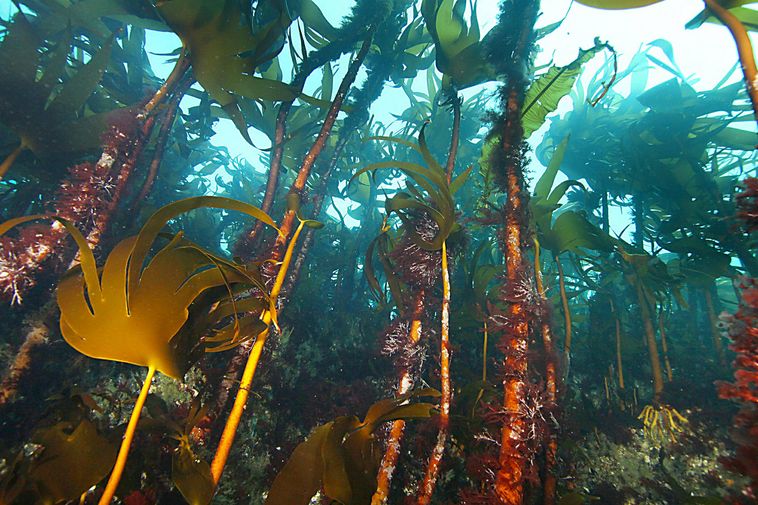 Preparations are underway by the company Íslandsþari ehf. (Icelandic Kelp) for the construction of a new seaweed factory – an investment exceeding ISK 2 billion (USD 16.5 million; EUR 13.5 million) - in Húsavík, North Iceland, Morgunblaðið reports. Its construction is planned to begin in the spring of 2022. Geothermal heat will be used to dry the seaweed.

From tanglewood (Laminaria hyperborea) - a species of large brown algae - the carbohydrate algin will be processed. Algi can be used in food processing, health products and medicine. “Our long-term goal is to mainly focus on health products and the pharmaceutical market,” states Snæbjörn Sigurðarson, project manager for Íslandsþari. The company plans to sell algi fully processed, but in some cases it will be mixed at the market in question.

“We’re about to finish work on research, marketing and other key factors in preparation,” states Snæbjörn.  He believes production could begin next year.  “Once this is underway, between 90 and 100 jobs could be crated.” Between eight and ten jobs will be in connection with a company operating the boats, 80-90 jobs in processing on land and in final stage processing of tanglewood.

“We have been guaranteed a lot in Húsavík, and we are currently in discussion with Húsavík Energy regarding access to geothermal heat and other utilities,” Snæbjörn explains and adds that research on three areas north of the country, in cooperation with the Marine and Freshwater Research Institute, has been completed.

He notes that representatives of Íslandsþari are cooperating with foreign parties, well connected to markets in Europe, the US and Asia.