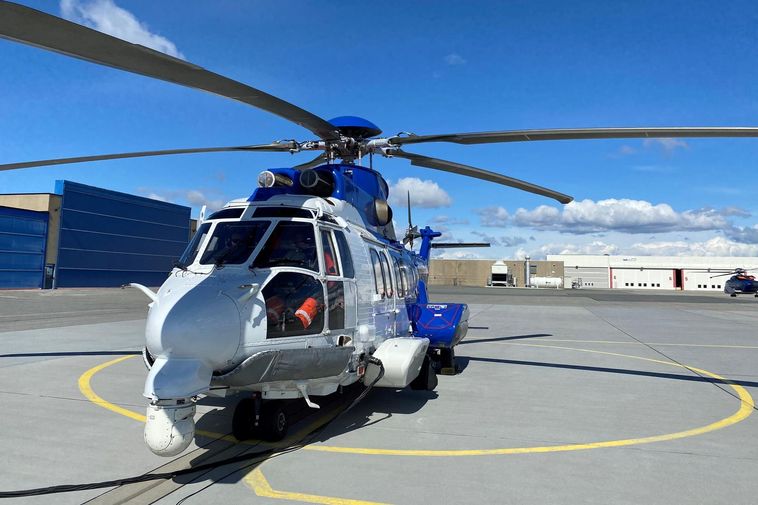 The latest addition to the fleet of Icelandic Coast Guard rescue helicopters landed at Reykjavík Airport Tuesday night. The ferry flight took off from Stavanger, Norway, Tuesday morning, with stopovers in the Shetland Islands, the Faroe Islands, and in Egilsstaðir, East Iceland, mbl.is reports.

The helicopter, called TF-GNA, is an Airbus Super Puma EC225 – the same model as the Coast Guard’s other two helicopters, TF-EIR and TF-GRO, which have served the agency well. All three are leased. The new one is a 2014 model, while the other two were made in 2010.

You can watch the helicopter arrive at Reykjavík Airport in the video below: