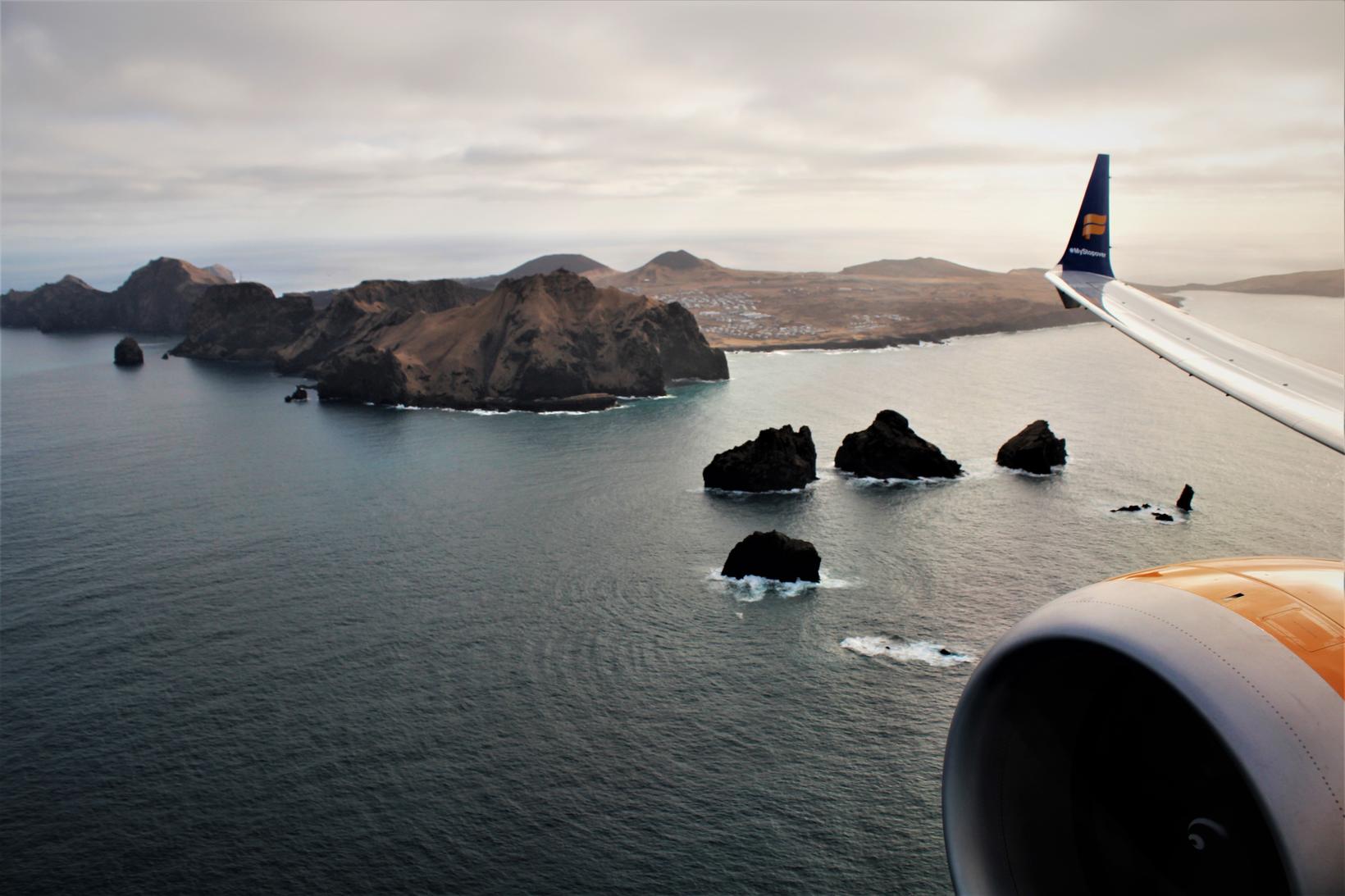 The first scheduled Icelandair flight of a Boeing 737 MAX aircraft in about two years was from Keflavík International Airport for Copenhagen this morning, Morgunblaðið reports. Reporters were invited to a preparatory flight over South Iceland on Saturday, where they enjoyed a spectacular view. 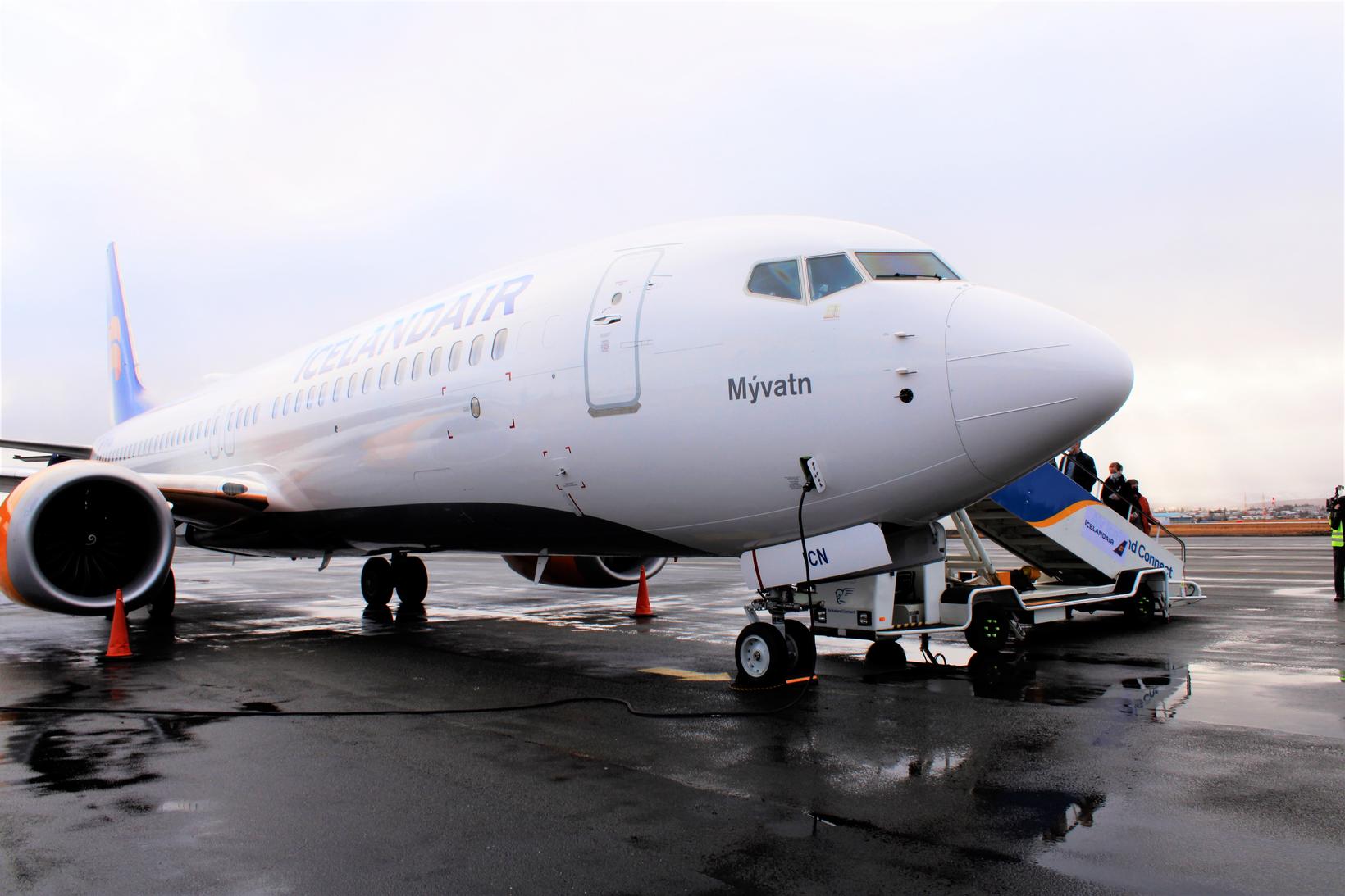 
All 737 MAX aircraft were grounded worldwide on March 12, 2019, following two deadly crashes, but the aircraft has again been given the green light to fly. In November of last year, the Federal Aviation Administration ( FAA ) announced the Boeing 737 MAX aircraft could once again fly in the US, and on January 27, the European Union Aviation Safety Agency ( EASA ) gave the aircraft a green light.

A view of Hekla volcano and its crater. mbl.is/Sigurður Bogi

Icelandair’s first Boeing 737 MAX to take off is called Mývatn. Another one, called Búlandstindur, will be ready for takeoff in the coming days. Those two had been stored in Spain since the fall of 2019. They were flown to Iceland in February, underwent a thorough inspection, and given the green light. 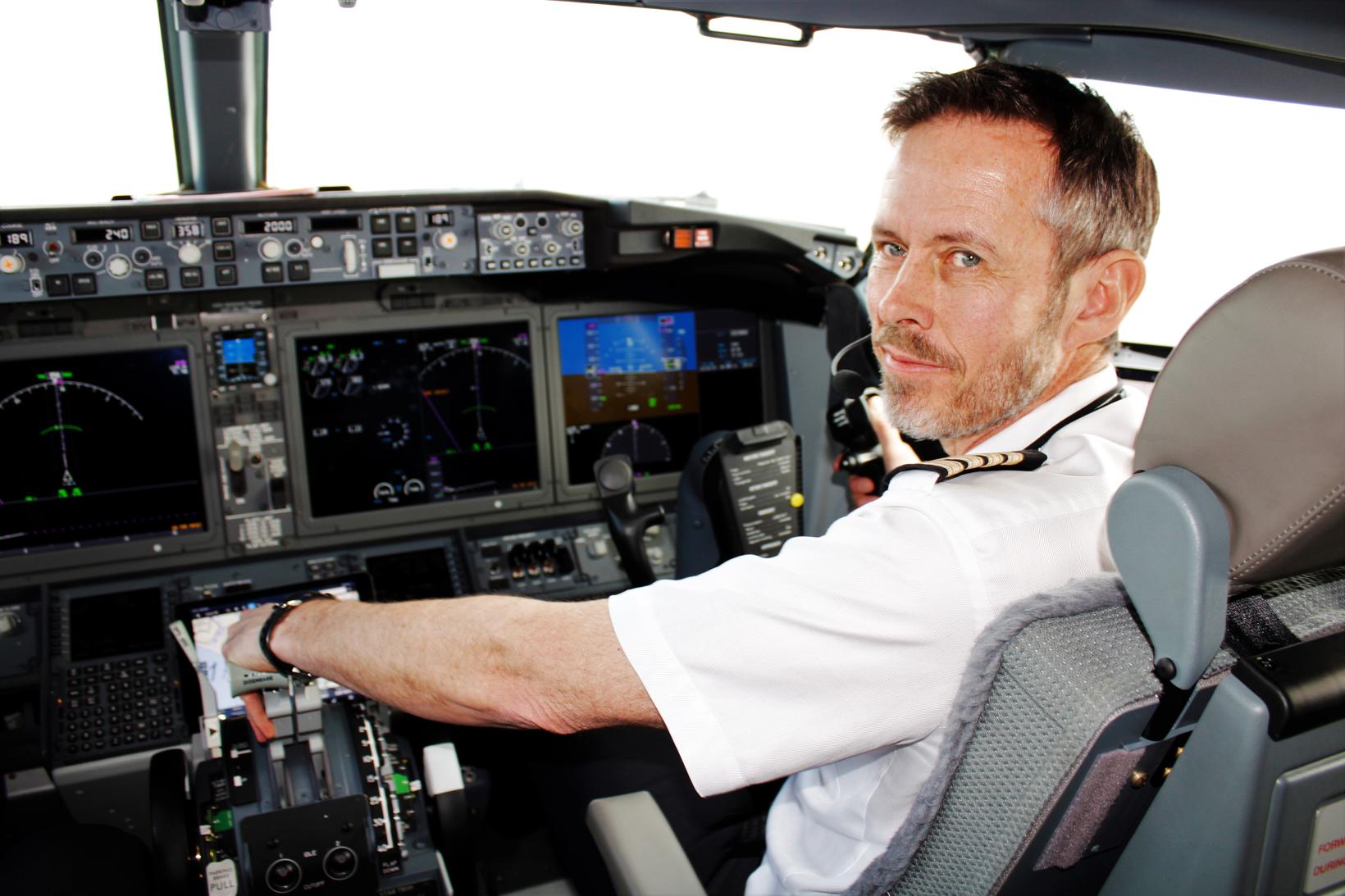 
Icelandair’s fleet will have a total of 12 Boeing 737 MAX aircraft. Some are still in Spain, and three are at the Boeing Factory in Seattle, Washington. Finally, three are still being built and will be delivered later.

Bogi Nils Bogason, CEO of Icelandair, is optimistic about the future. He explains that the MAX aircraft are of two different sizes – seating either 160 or 178 passengers. He describes them as economic, with a lower operating cost than older Icelandair aircraft. 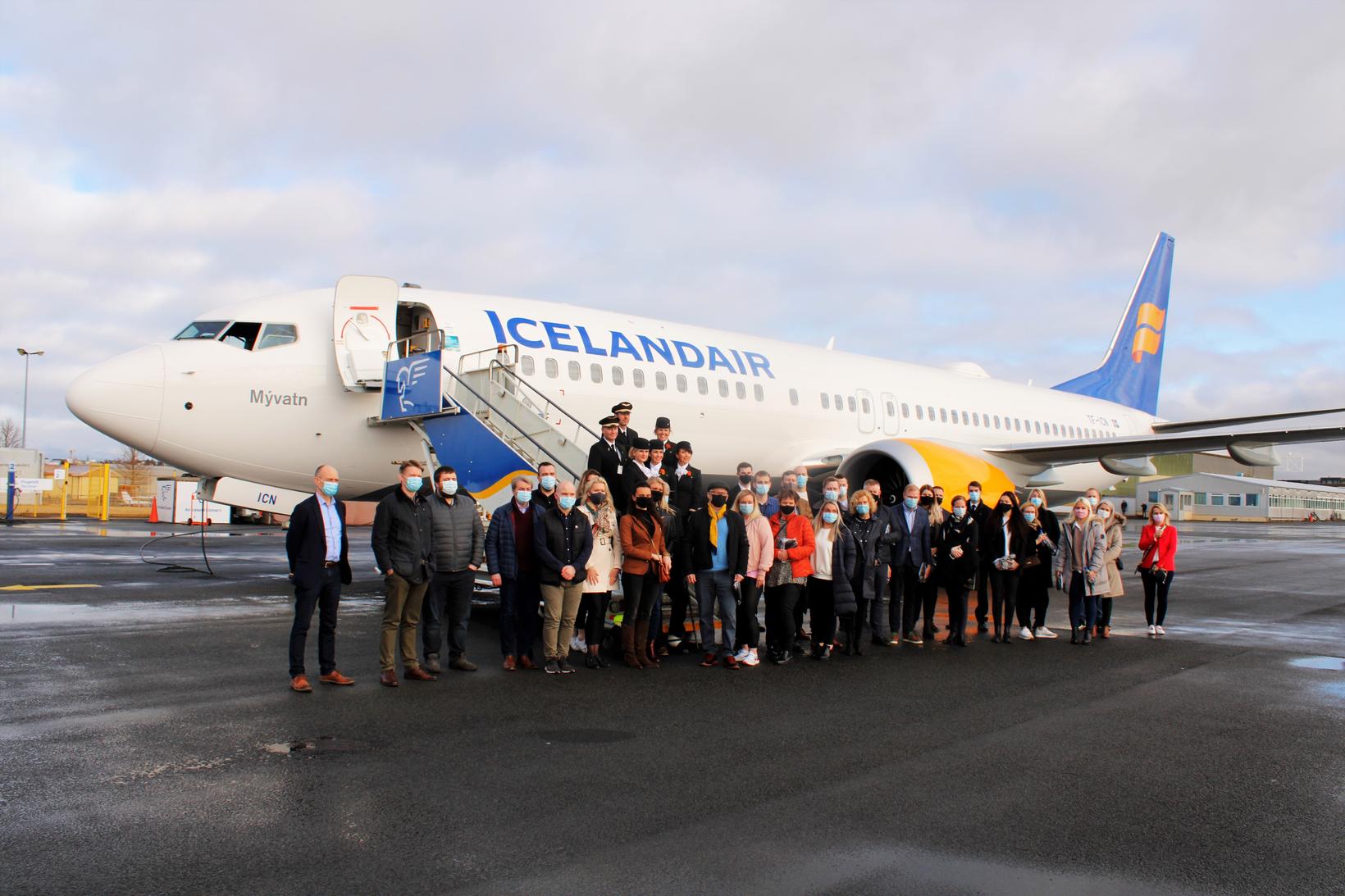 After landing on Saturday. mbl.is/Sigurður Bogi

“The MAX aircraft have undergone a thorough inspection, done by the most talented aviation specialists, and changes have been made to the aircraft’s software and to requirements regarding the training of the pilots,” states Icelandair Chief Pilot Linda Gunnarsdóttir.

“Therefore, there is no reason to fear flying on board these aircraft. They probably are the world’s safest aircraft today,” she adds. She describes them as quiet and their movements soft, such as during turbulence.

A total of 12 airlines worldwide have already taken the Boeing 737 MAX aircraft into use, and since their use was approved again, more than 9,000 flights have been flown, or close to 19,000 flight hours. Their operation has gone very well for all those airlines, Morgunblaðið reports.