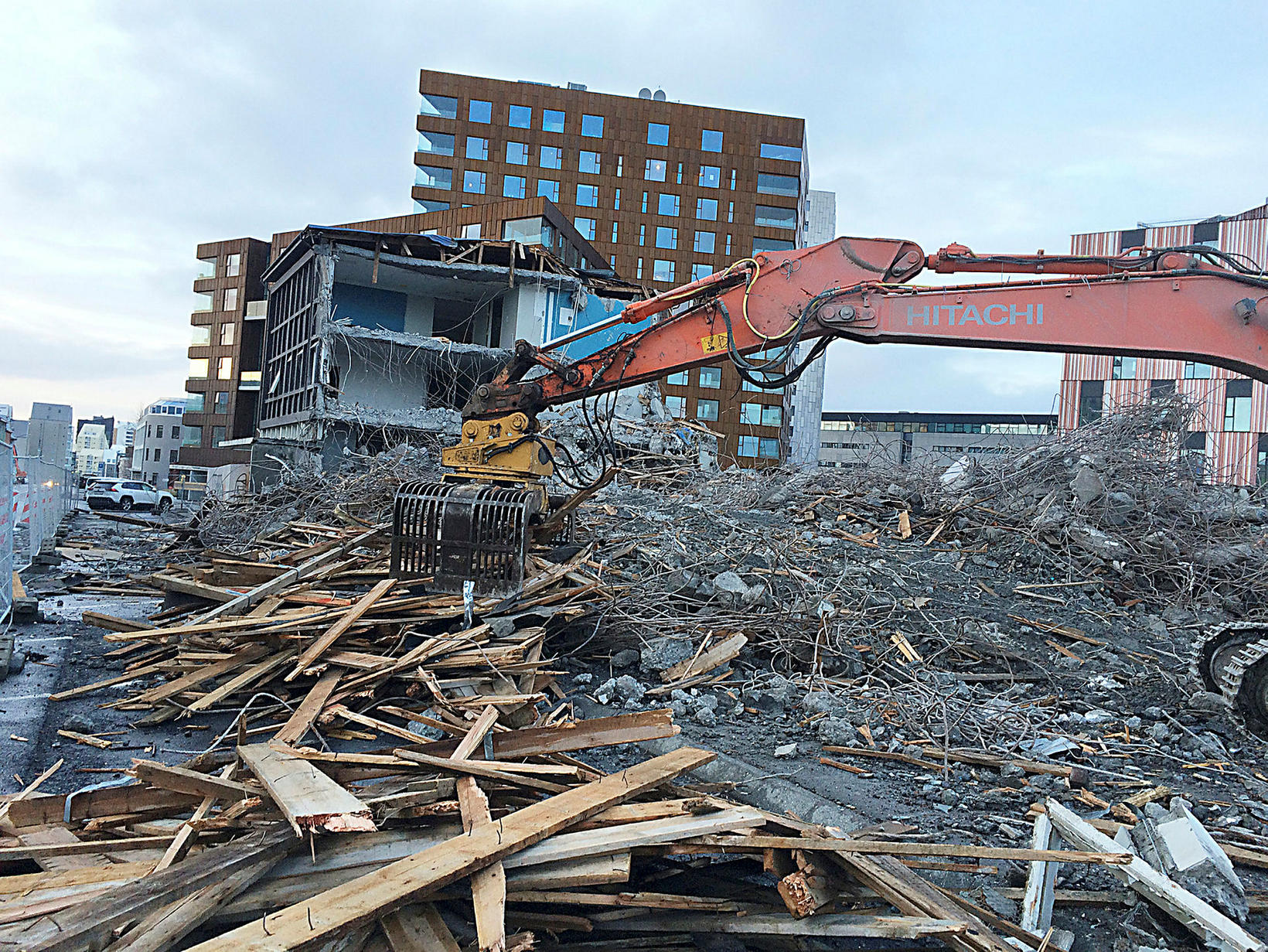 The fuchsia-colored office building at Katrínartún 12, Reykjavík, that used to house the headquarters of WOW Air has just been demolished, Morgunblaðið reports. The low-cost airline, founded by Skúli Mogensen in 2011, grew fast and prospered, before running into financial problems and going bankrupt at the end of March, 2019.

Its aircraft and the uniforms of its flight attendants were of the same, striking fuchsia color as the building that now has been torn down. 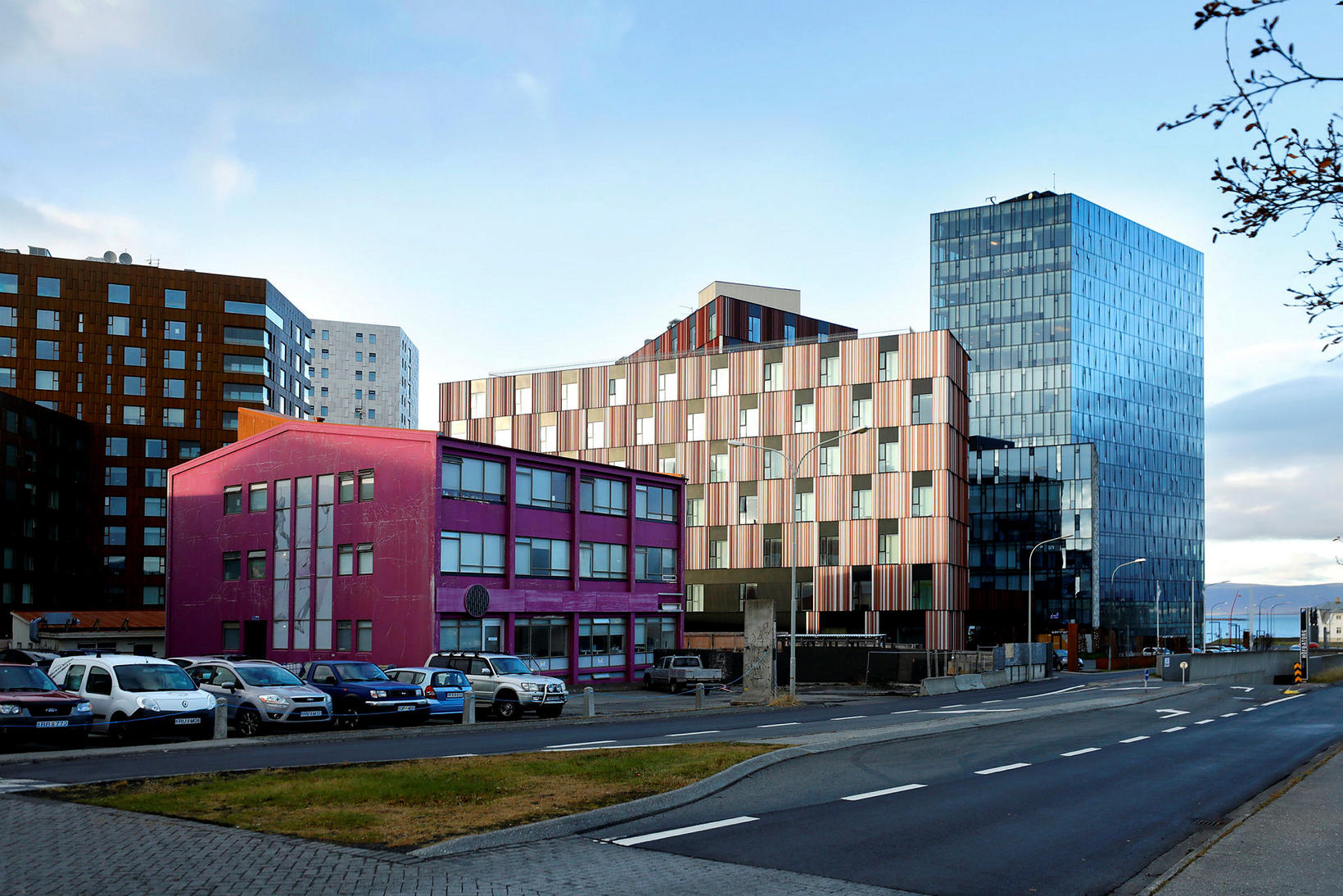 This is what the building used to look like. Photo/Eggert Jóhannesson 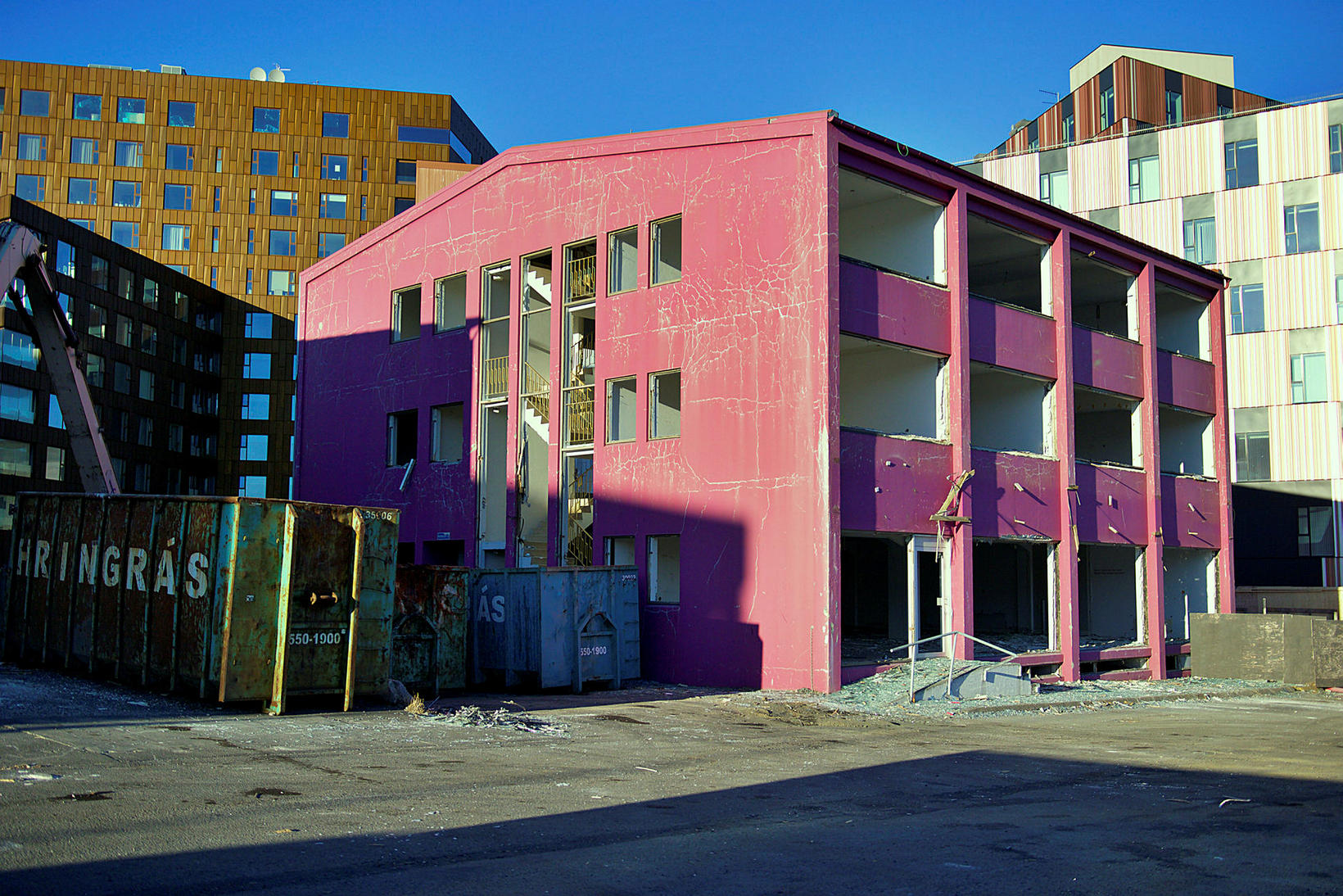 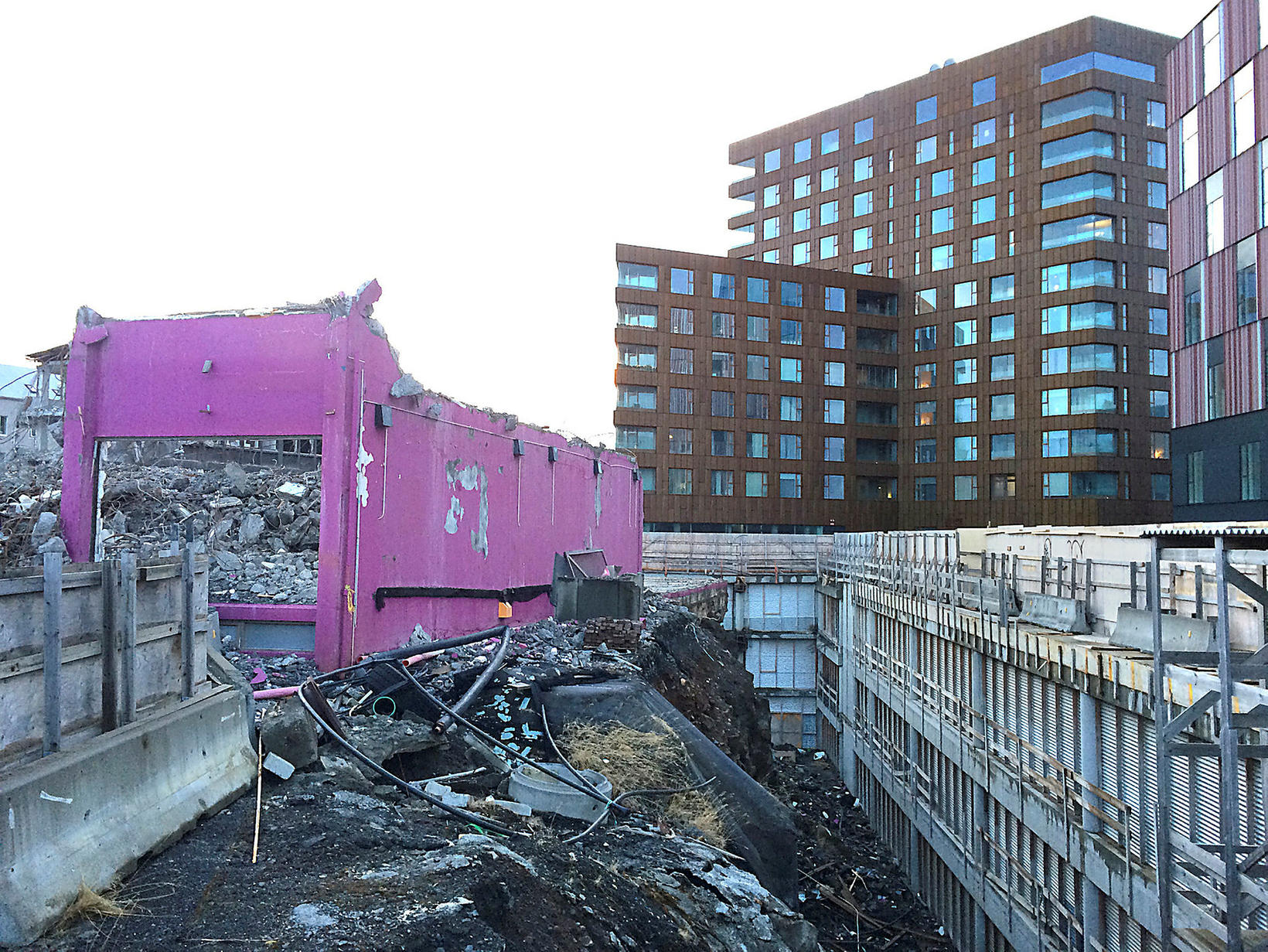 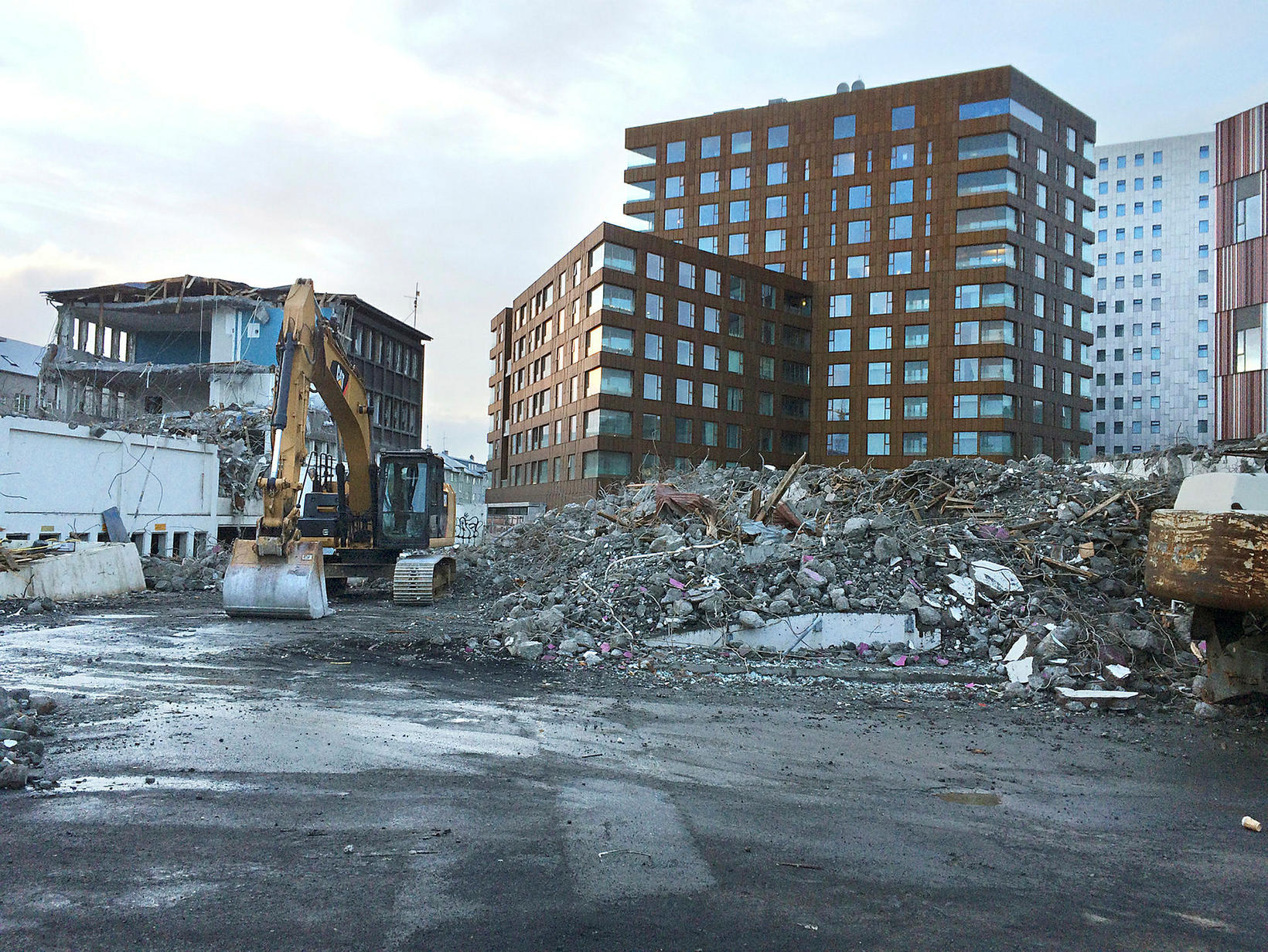