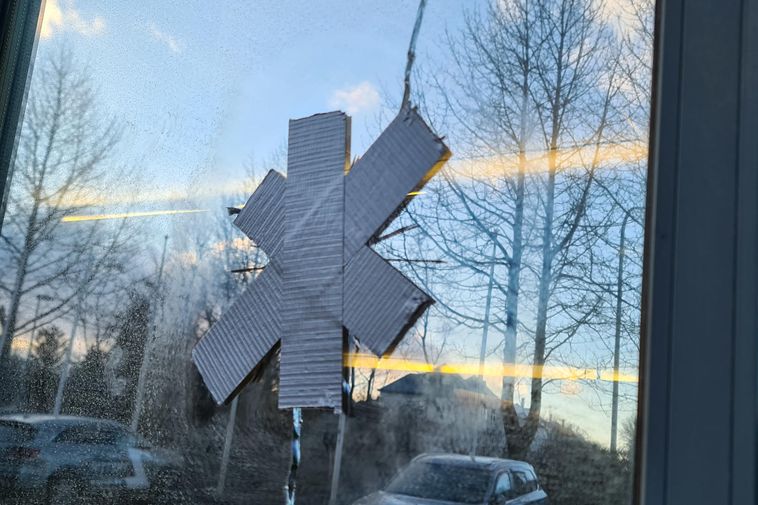 Shots were fired through the window panes of the office of the Social Democratic Alliance and at the car of Reykjavík Mayor Dagur B. Eggertsson. mbl.is/Eggert Jóhannesson
Vala Hafstað
vala@mbl.is

The man who is in police custody, suspected of having shot at the car of Reykjavík Mayor Dagur B. Eggertsson and at the windows of the offices of the Social Democratic Alliance, is a former police officer, mbl.is reports, quoting Fréttablaðið.

According to Fréttablaðið, the man was sentenced to 18 months in prison for sexually assaulting three young girls in 2003, but in 2010, five years after completing his sentence, he was given rehabilitation, that is, the civil rights lost with his prison sentence were restored.

In 2017, his victims came forward and took part in a national debate about the process of giving offenders rehabilitation.

On Saturday, the suspect, who is in his late 50s, was remanded in custody for two days, in the interest of the investigation. Yesterday, his custody was extended until 4 pm Friday, the reason being that he is deemed dangerous.

Another man, arrested in the case last week, has been released.

Two Arrested in Connection with Shootings