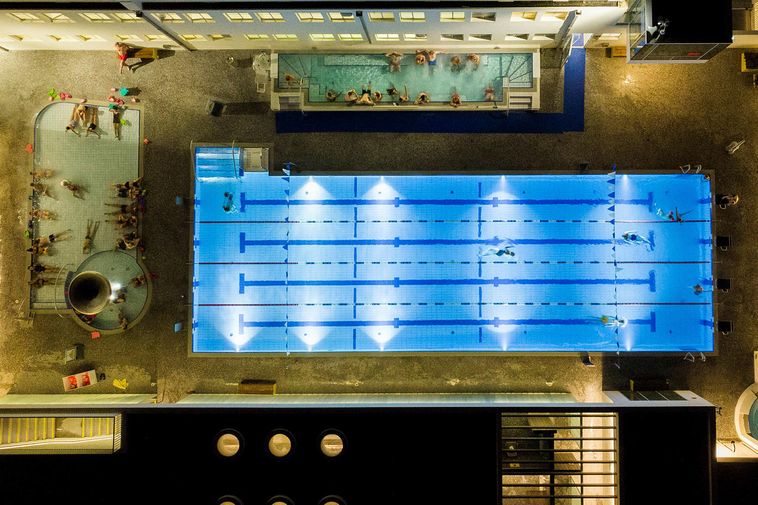 Investigation of the fatal accident that occurred at the Sundhöll swimming pool in Reykjavík last week continues, mbl.is reports. A 31-year-old man lost his life there after having lain undetected at the bottom of the pool for six minutes. See our previous report here.

An alarm system, which is supposed to go off when someone remains motionless at the bottom of the pool for a given time, was in place. It is being investigated whether it failed to work.

A pool guest informed the pool lifeguard that the man was in trouble. This was confirmed by Steinþór Einarsson, office manager at Reykjavík City’s Sports and Recreation Division.

The deceased was a caretaker for the mentally ill and had arrived at the pool with his client, as was his custom. The accident occurred in the indoor pool, while the client was in one of the hot tubs.

“A pool lifeguard was on duty by the poolside and another one in the tower,” Steinþór states, “but there was a pool guest who alerted a lifeguard. That’s the way things usually happen. Subsequently, alarms went off and three people began resuscitation efforts.”

According to Steinþór, a SwimEye drowning detection system for swimming pools was in place in the pool. This computer vision detection system is meant to sound an alarm when a person remains motionless for a given time, which can be adjusted, but is initially set at 15 seconds.

When asked whether this system failed, Steinþór responds, “That’s one of the things being investigated. This is a system which is not mandatory in swimming pools.”

He adds than no one but the police has looked at pictures from security cameras, so a detailed sequence of events is not yet clear.