A new 150-room Courtyard by Marriott hotel opened by Keflavík International Airport in early October, Morgunblaðið reports. Since then, most of the guests have been US soldiers, but the hotel is open to all customers.

We reported in August that a hotel had just been shipped from China , and that’s the one that has now opened – made of 78 steel units.

“The operation has gone well during a tough economic situation,” Hotel Director Hans Prins reports. The price is very reasonable, given the quality. The Courtyard Hotels are four-star hotels and among Marriott’s 30 brands.” 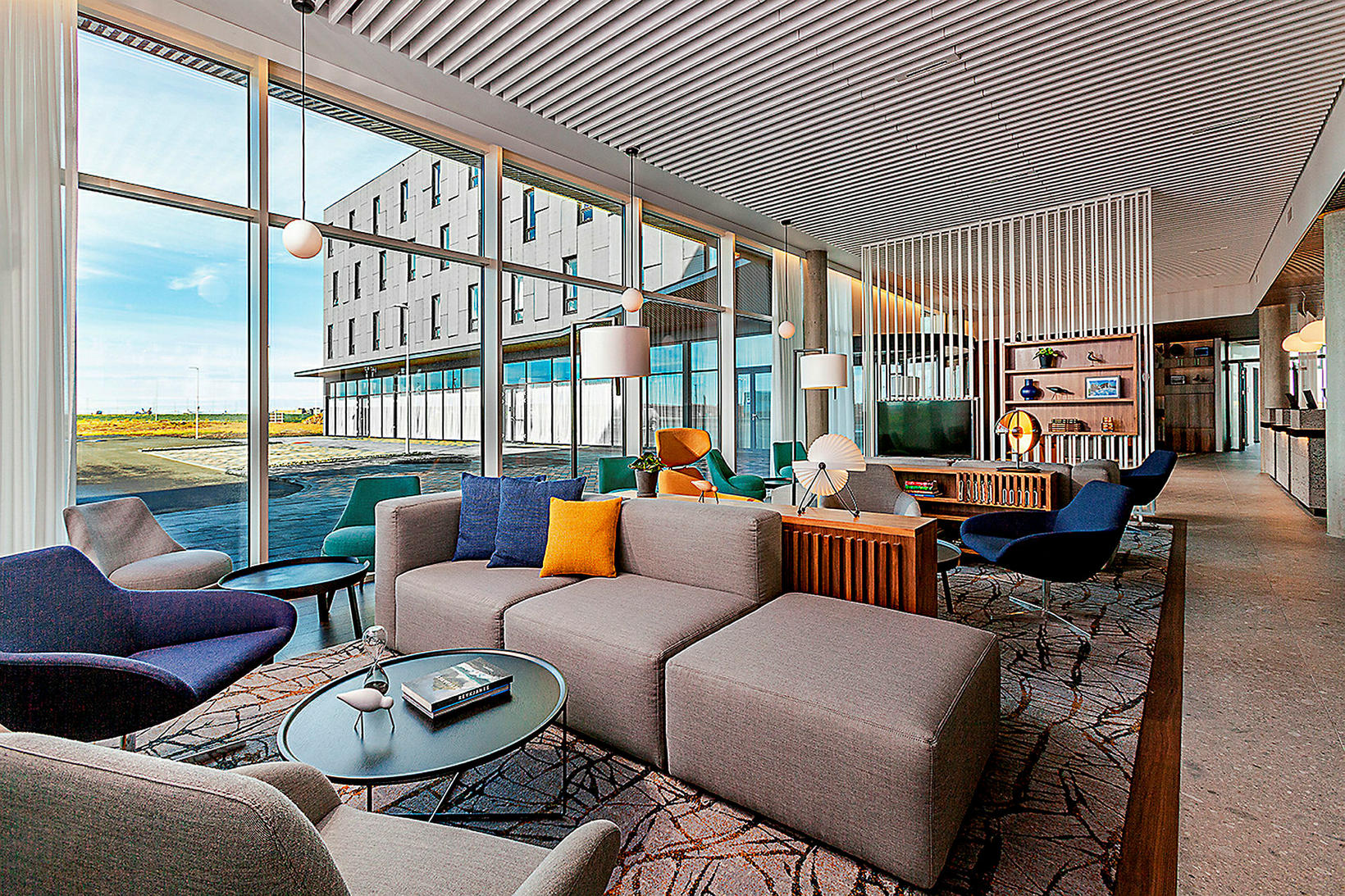 “The location is essential,” Hans states. “It plays an important role in how well we’ve performed the first month, and it will play a part in our success in the future. There certainly is need for such a hotel in the area.”

He is optimistic about the future. “I’m very optimistic. The number of foreign tourists will increase again,” he states.

Hans is a Dutchman who has been in the hotel business for 35 years. This is the fifth hotel he opens for Marriott in Europe. Before working for Marriott, where he’s been since 2015, he worked for Corinthia Hotels in St. Petersburg and before that for Carlson Rezidor Hotel Group in Russia.

“Coming to Iceland felt like home right away,” he states. “The people are very friendly, and the nature is beautiful. I see a great opportunity for the hotel in Iceland.”

Hans is happy to be living in Reykjanesbær and used to living far away from big cities, having been brought up on a farm.

“One of the reasons I accepted this project is my desire to see Reykjanesbær and Keflavík prosper. This hotel will have a positive impact on the community. I have worked in big cities where a single hotel doesn’t make all the difference, but it makes a difference for Reykjanesbær to have the hotel in business,” he concludes.