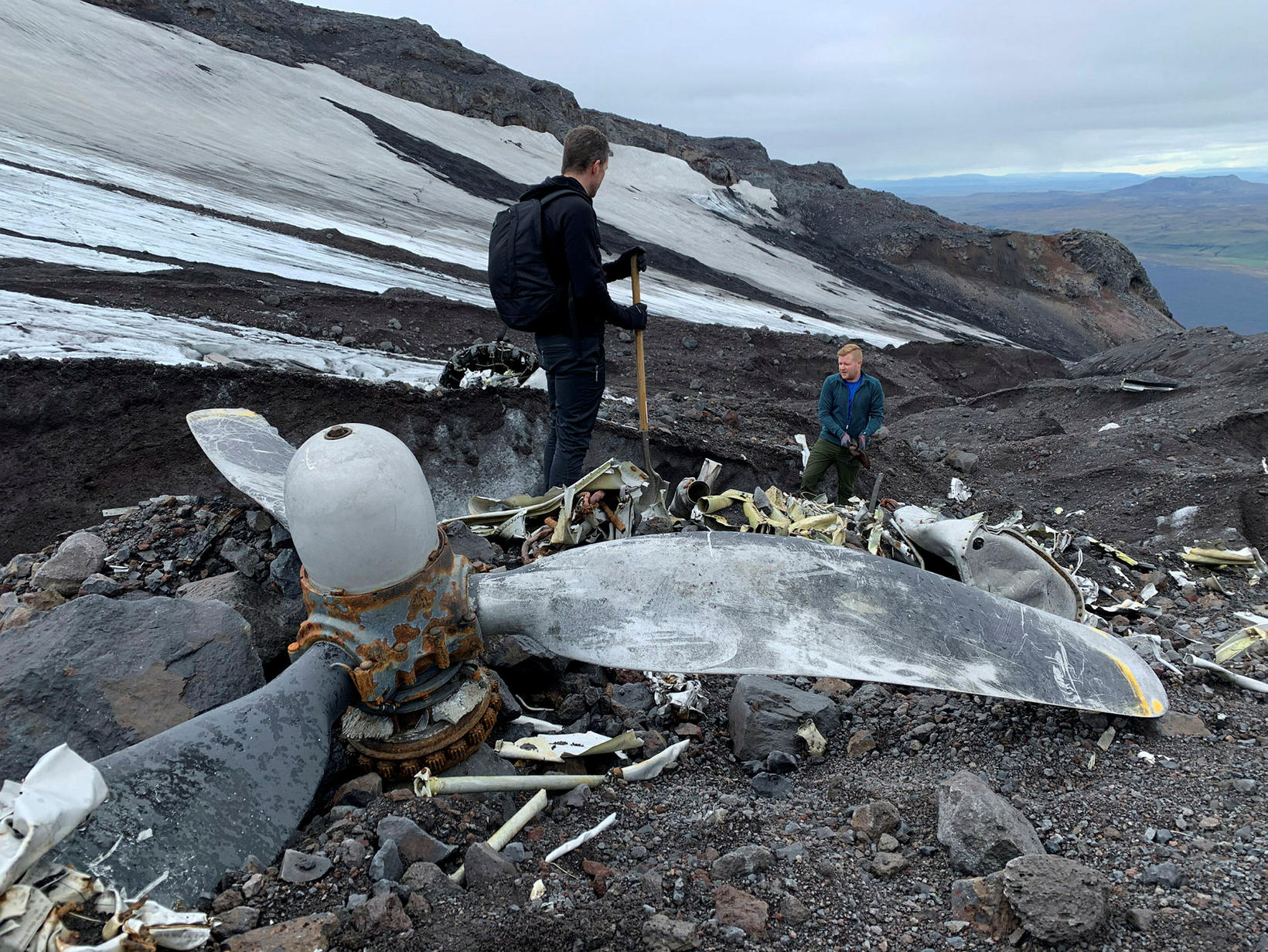 Pieces from the wreck on Eyjafjallajökull glacier. Photo/Guðmundur Gunnarsson

Debris from an American B-17 Flying Fortress bomber that crashed into Eyjafjallajökull glacier during World War II is gradually coming to light as the glacier recedes, Morgunblaðið reports. All ten crewmembers survived the crash, which occurred September 16, 1944.

Over the decades, the glacier has broken the wreck into multiple pieces, some of which remain easily recognizable. The site of the crash, therefore, appears like a junkyard.

To some, the reappearance of the wreck is a major attraction. Among them is Guðmundur Gunnarsson, former mayor of Ísafjörður, the West Fjords. He is an experienced hiker. “Since I heard about the wreck, I’ve been restless,” he states. “I found the story compelling, and once I told my friends about it, they, too, became restless.” 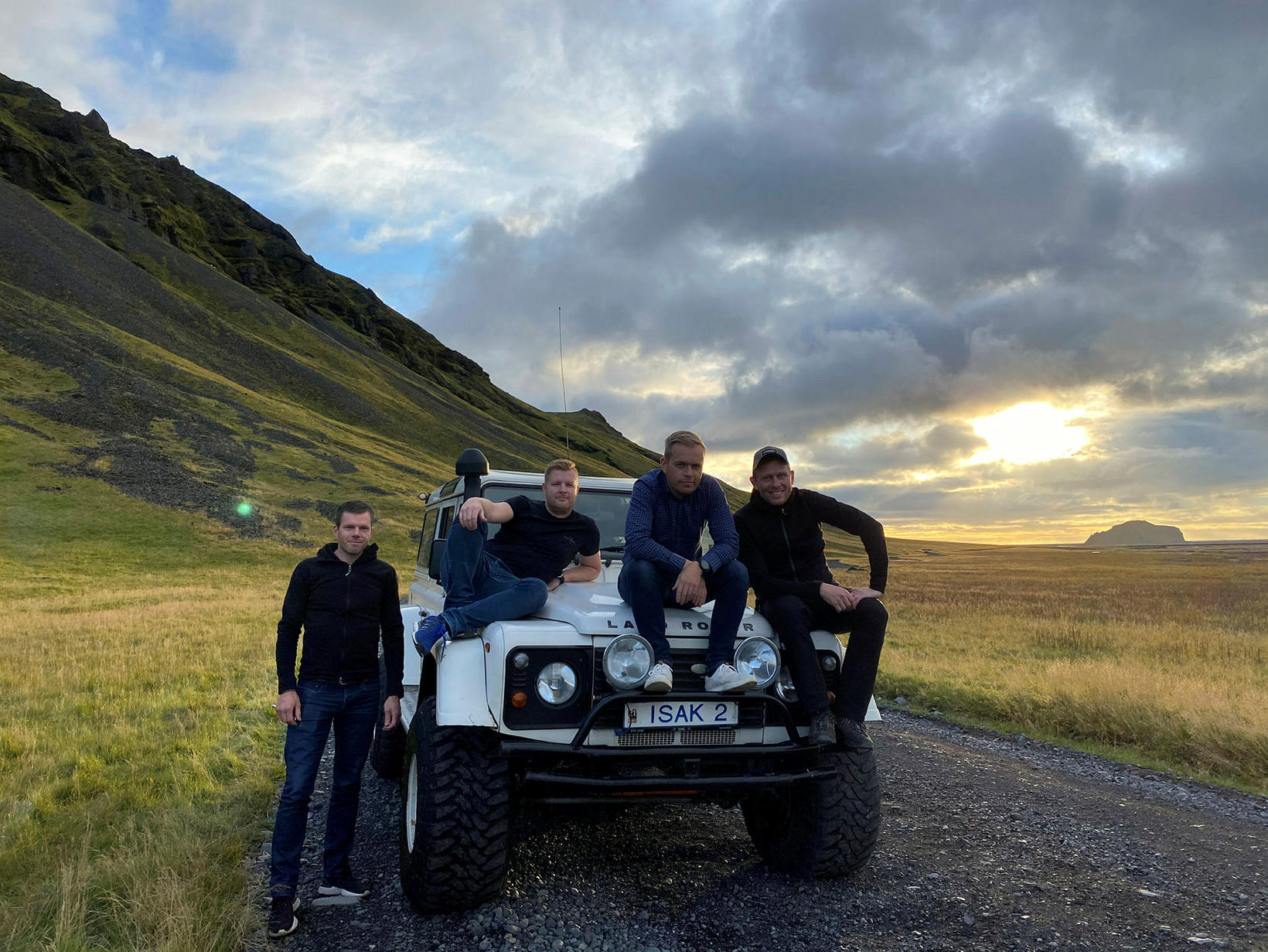 The group of hikers who inspected the wreck last week.

Last week, they hiked up to the wreck, after having been in Þórsmörk. They inspected the site and took pictures.

By 1996, the secrecy surrounding how the crash occurred was finally lifted, when the US Air Force revealed the details. When the accident occurred, the bomber was on its way to England, after having landed at Keflavík Airport for refueling.

Weather conditions were poor in Iceland, and the plane was carried off course. Eventually, it was caught in a down-draught and crashed into the glacier.

Luckily, the landing was not a very rough one, because the aircraft landed in snow and kept gliding until it came to an abrupt stop in a snow bank. One of its wings was torn off, and the engines caught fire.

Some of the crew members were thrown out through tears in the fuselage when the aircraft came to a stop. One of them was buried in snow, but was rescued by his crewmates. Those left on board managed to get out.

The men sought shelter by a nearby cliff, but were able to return to the wreck once the fire had died. They had no idea where they were and were unable to send an emergency message to the US Air Force. 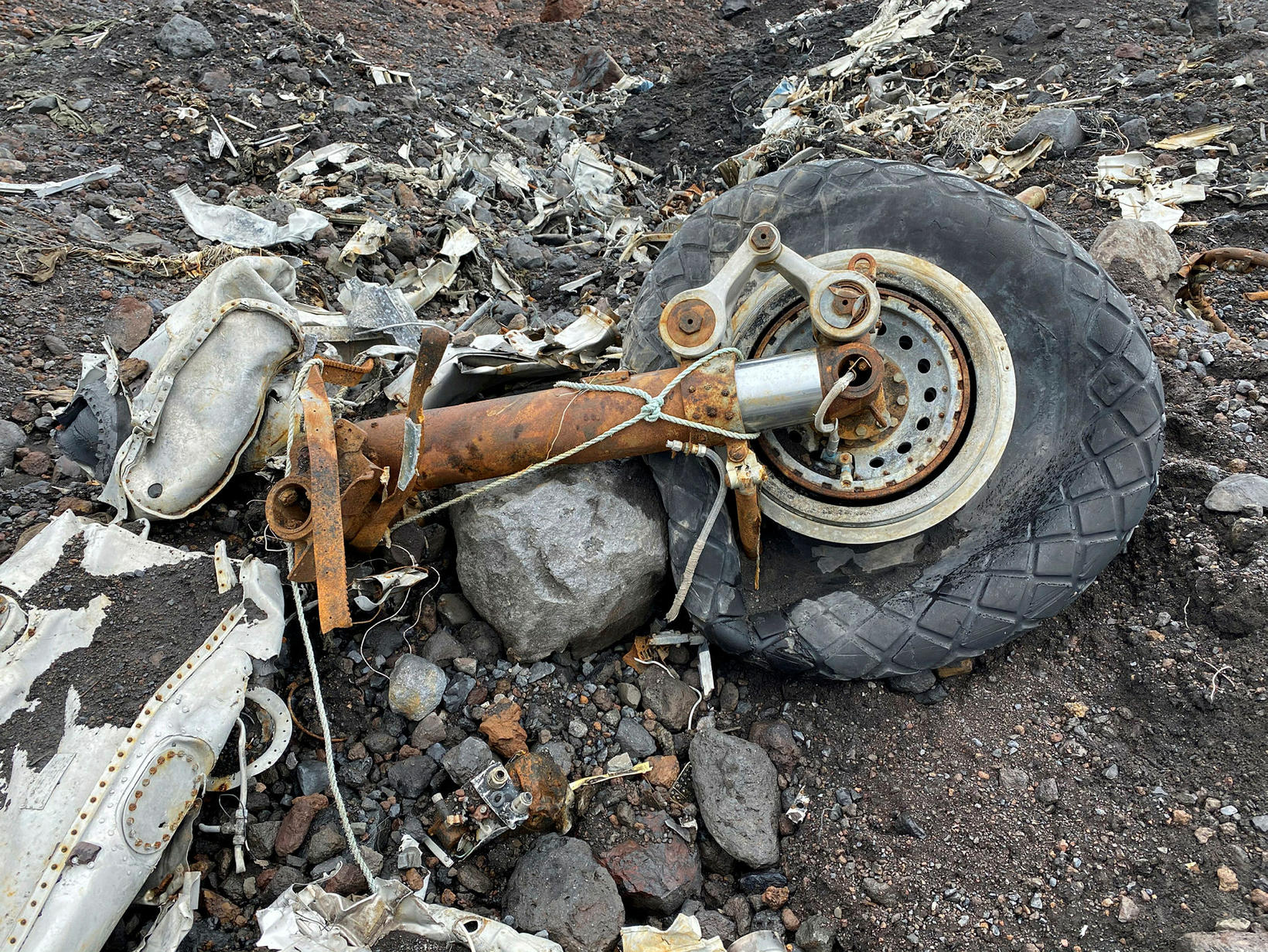 Two days after the crash, after seeing a light down in the valley, they decided to leave the glacier and head toward inhabited areas. They made it down from the glacier, and some of them managed to make it across Markarfljót - a glacial river - continuing toward the light. It turned out to emanate from the farm Fljótsdalur in the Fljótshlíð area, South Iceland. Soon, the rest of the crewmembers were rescued.

By the end of that month, two expeditions to the glacier were conducted by the US Military. The first one made it to the wreck and removed some items from it. By then, half of the plane was already buried in snow. The second group had to turn around without reaching the wreck.

Eventually, the glacier swallowed the plane, but has in recent years gradually been returning it, albeit in pieces.