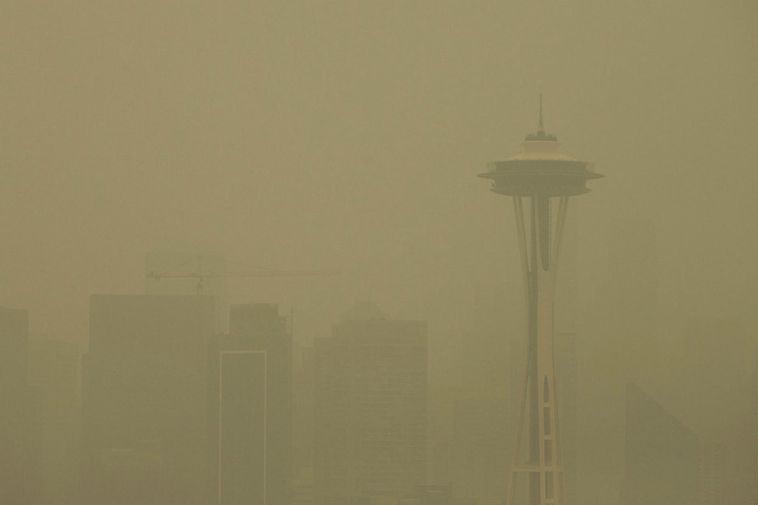 It is likely that haze from the wildfires now raging on the West Coast of the US will move over Iceland on Wednesday or Thursday, according to meteorologist Elín Björk Jónasdóttir.

Without precipitation, such haze could affect air quality. On Saturday, the haze had moved over the Midwestern United States, and it is expected to move to the south coast of Iceland with a low-pressure system. It is likely, though, that rain will accompany the haze, thereby reducing its effect on the atmosphere, Elín states.

“A low pressure system forms over Newfoundland from the air mass that has crossed the Midwestern United States, where the haze is now,” Elín told mbl.is yesterday. “This low pressure system is expected here on Wednesday, and it could bring haze along. It will be accompanied by some precipitation, so we may not notice the haze as dust, but the particles could rather be part of the precipitation.”

Even though this time around, the haze may not have a major impact on air quality, due to precipitation, the wildfires have resulted in the accumulation of a great deal of dust and ash, which may be carried across the globe in the coming weeks.

“We cannot rule out the possibility that haze [from the wildfires] will be carried here again in the coming weeks,” Elín states, “since wildfires in this area are ongoing.”