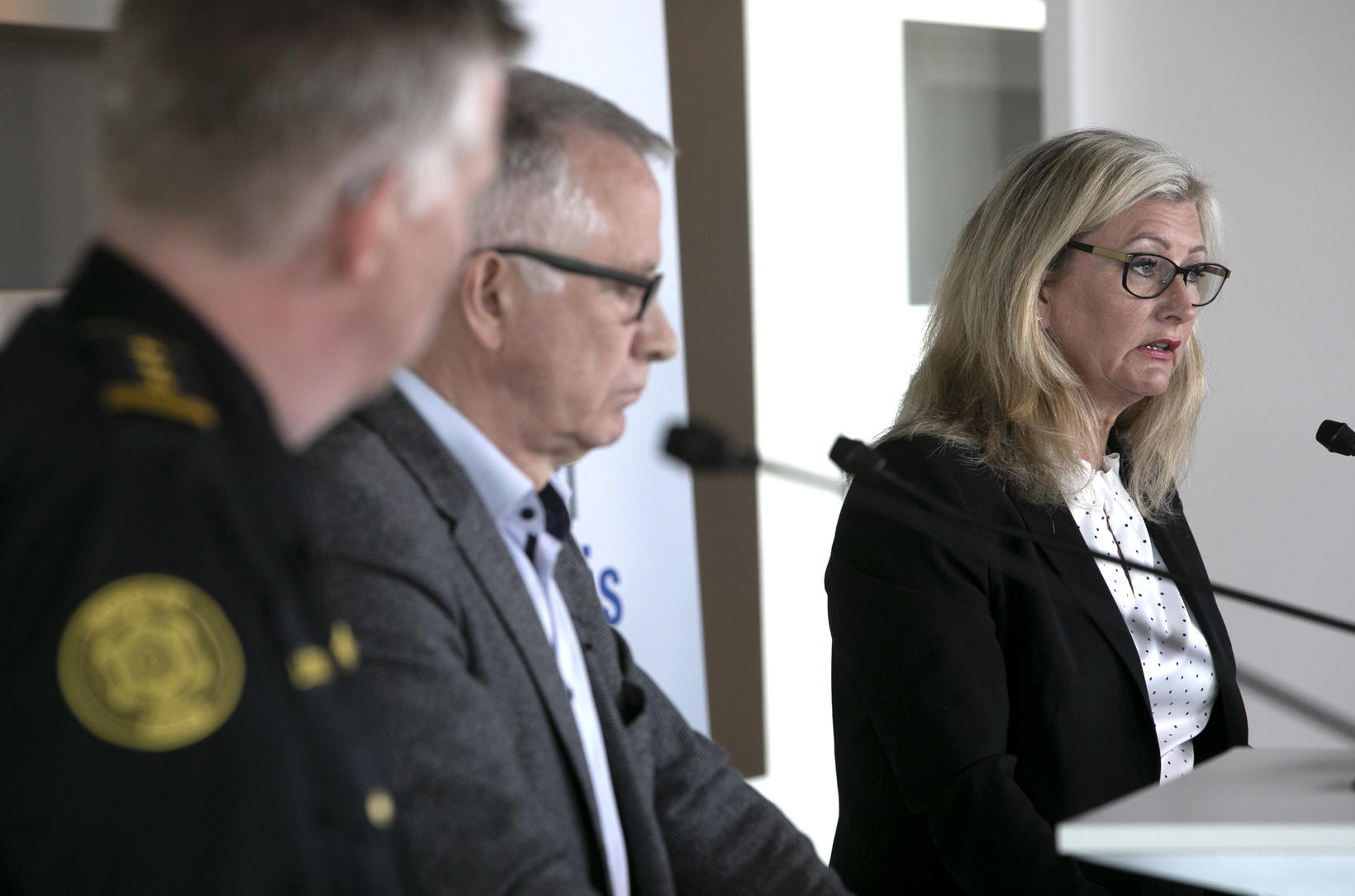 There is no reason to tighten restrictions domestically in Iceland at this point, according to Chief Epidemiologist Þórólfur Guðnason. Recent figures regarding the number of new confirmed cases of COVID-19 provide hope that “we’re possibly succeeding in containing the cluster of infections we’ve been dealing with lately,” he stated at yesterday’s press conference .

Current restrictions, which limit the size of public gatherings to 100 people and make the 2-meter rule mandatory, are good through tomorrow, Thursday.

Yesterday, Þórólfur sent a memo to Minister of Health Svandís Svavarsdóttir, detailing options to consider for the coming weeks and months in terms of how to approach disease prevention in the country. He has previously stated that his suggestions list the pros and cons of several options, as far as disease prevention is concerned. His role as chief epidemiologist does not include assessing the interests of industries or institutions. That, he has stated, must be done by the government.

In his view, though, the most effective route to take in order to contain the pandemic would be to require everyone who enters the country to be tested at the border, followed by quarantine of 4-6 days and a subsequent second test. He admitted that wouldn’t be cheap. 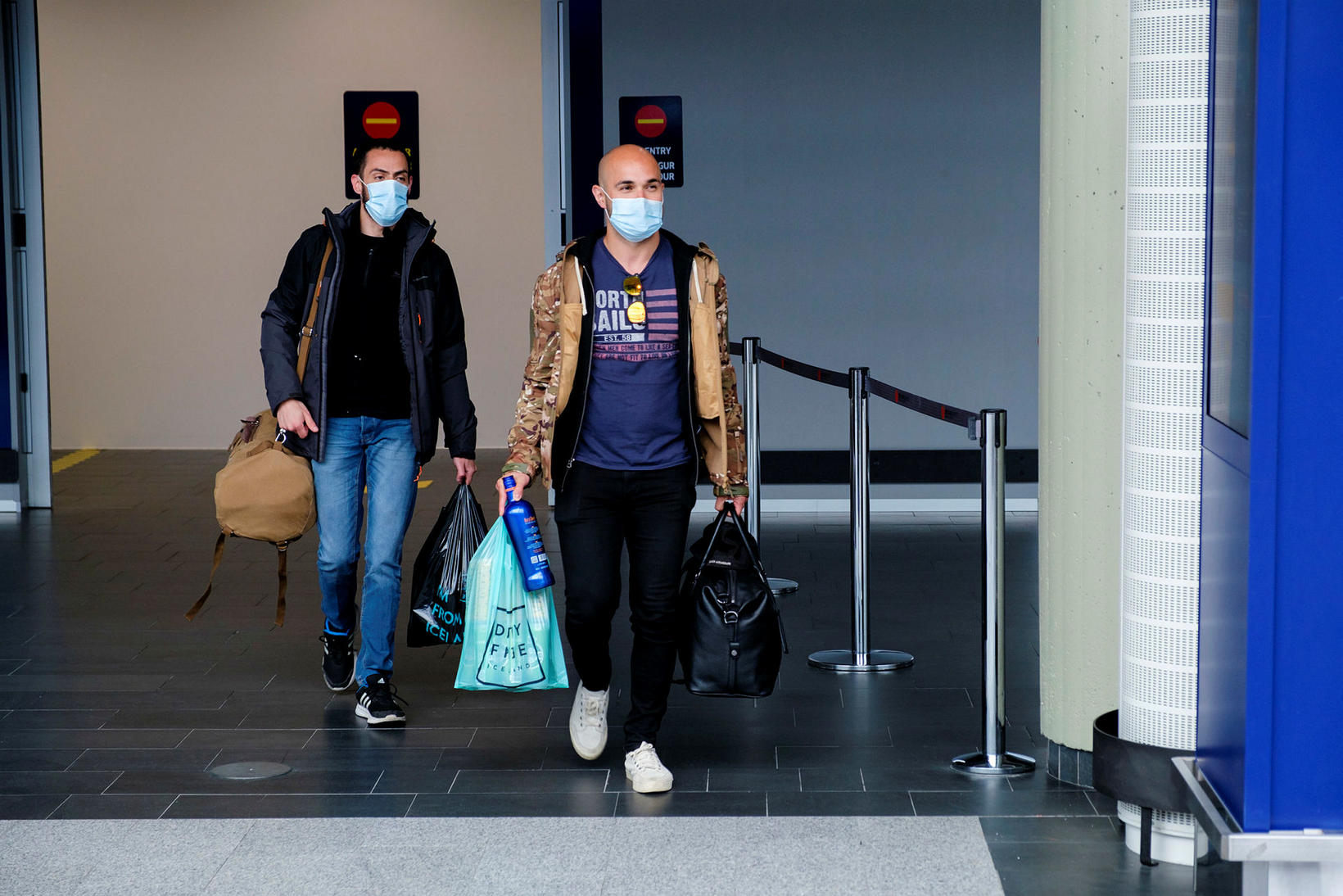 Presently, Germany and all the Nordic countries except Sweden are listed as safe in Iceland, and people traveling from there are exempt from border testing for the virus. Þórólfur stated that no decision has been made about changing the classification of any country.

Since border testing began in mid-June, 86,000 people have been tested at the border, 40 of whom have turned out to have an active case of COVID-19.

Þórólfur stated he suggested to authorities that rules regarding the use of masks be unchanged, that is, that masks be worn whenever the 2-meter rule cannot be observed.

At a press conference Monday, it was suggested that under certain circumstances, such as in schools, a one-meter-rule could be adopted instead of the 2-meter rule.

According to Chief Superintendent Víðir Reynisson, it looks like preschools and grade schools will be able to operate with next to not restrictions this fall. Secondary schools and universities, on the other hand, will face some restrictions, but should not have to rely solely on online instruction, as they did in the spring.

“Sports activities will resume [Friday], and we’ll see other restrictions reassessed in the coming week or two, so the outlook, in many ways, is positive,” Víðir stated.

Yesterday, Greenland removed Iceland and the Faroe Islands from its list of safe countries and listed them as ‘red,’ thereby requiring everyone arriving from there to spend two weeks in quarantine upon arrival in Greenland.

[UPDATE AUGUST 13: The above statement was corrected in Morgunblaðið today. The correct information is that Icelanders are no longer exempt from being tested for the coronavirus upon arrival in Greenland.]

Estonia and Latvia listed Iceland as ‘red’ on Friday, and Lithuania followed suit on Monday.

The latest figures on covid.is show that four new domestic cases of COVID-19 were confirmed in Iceland yesterday and none at the border.