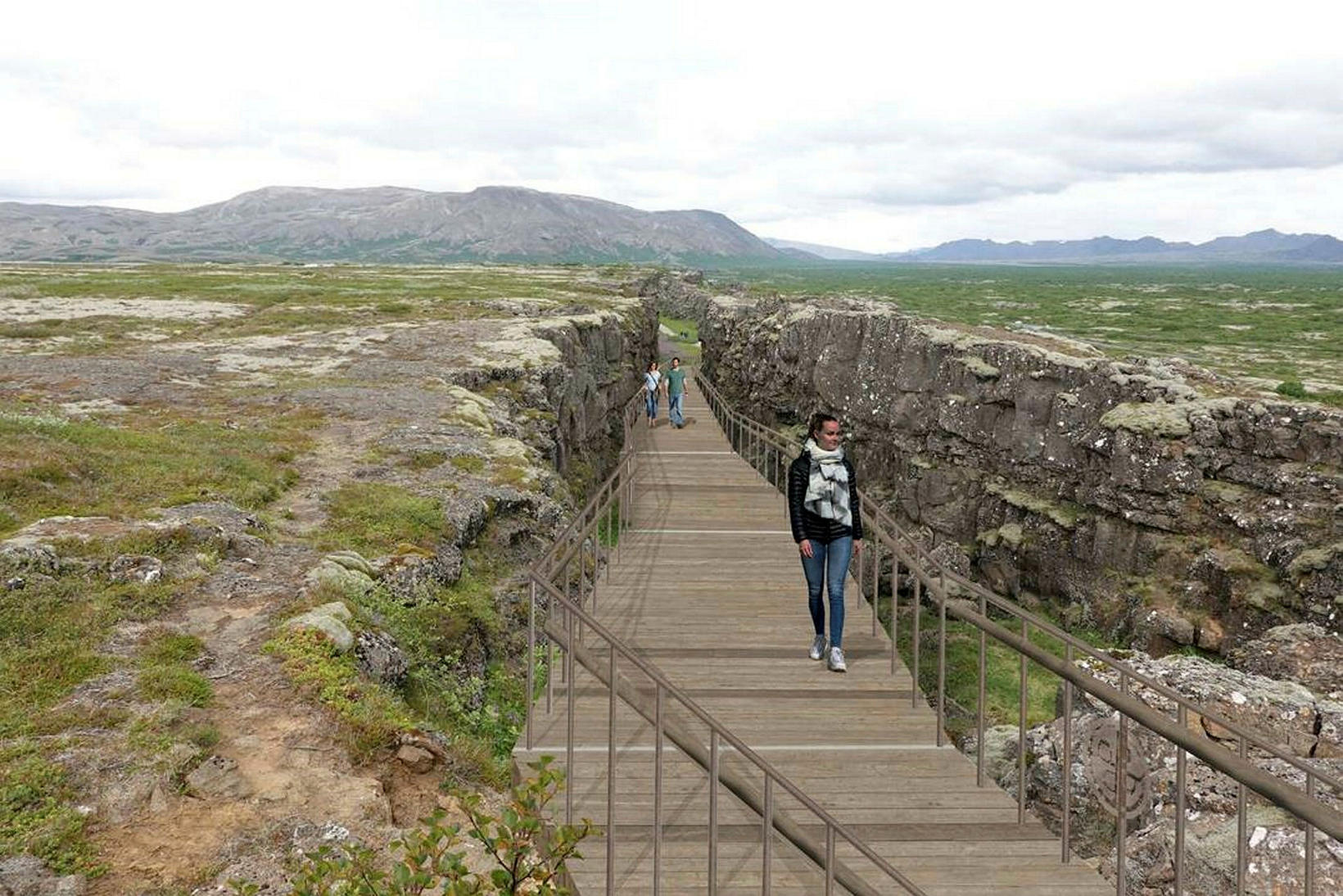 A computer-generated image of one of the pedestrian bridges in the plan.

A draft land use plan, presented yesterday, proposes building a new tourist information center at Þingvellir National Park, east of Þingvallavegur road, Morgunblaðið reports. This would add a second entrance to the park, making it easier to direct an increased influx of tourists in the future.

At the new entrance, there will be a parking lot for 300 cars and 10 buses. Park Director Einar Á.E. Sæmundsen states that the ideas are still taking shape. 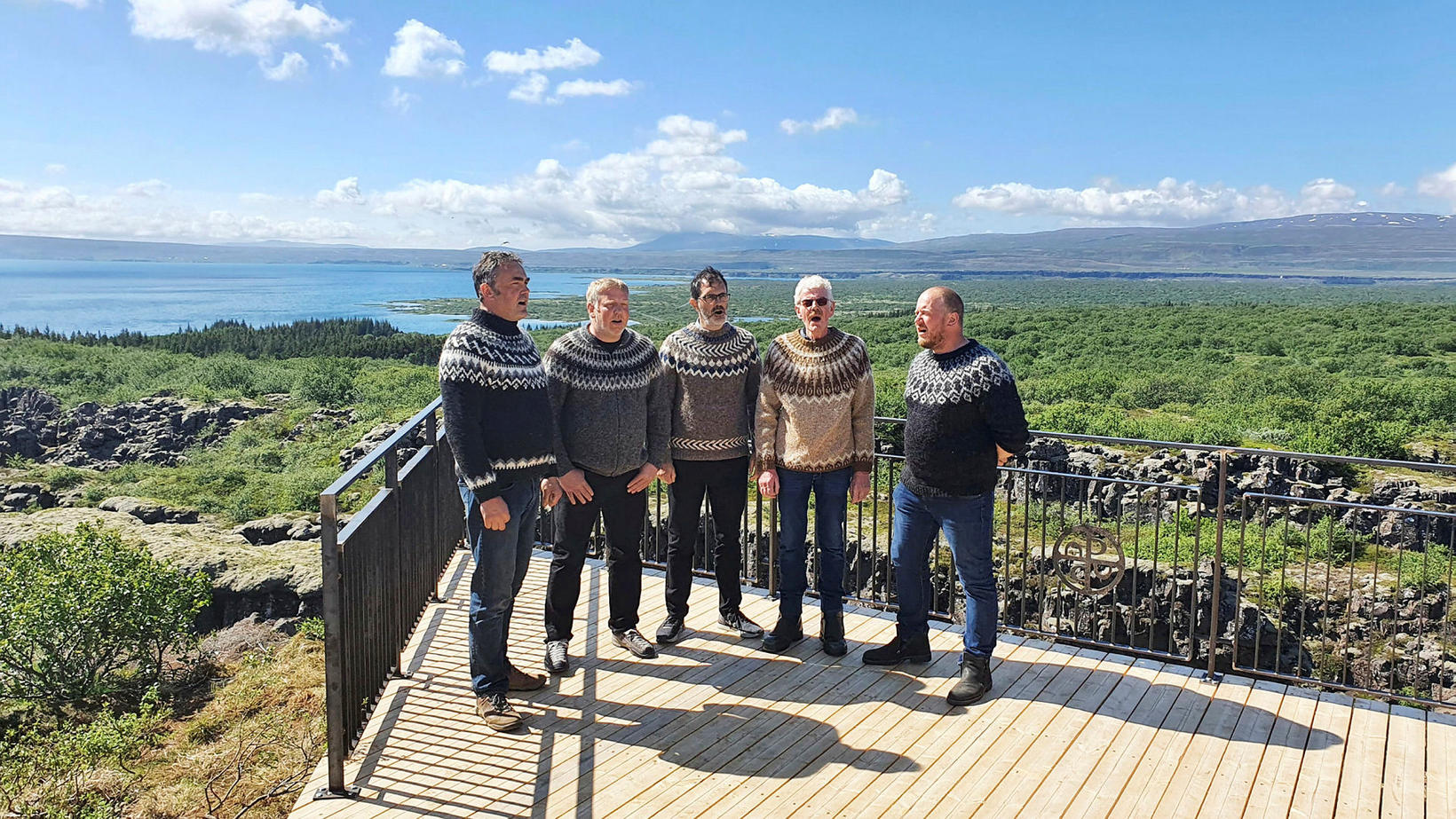 When the new observation platform was formally taken into use, the carpenters who built it celebrated by singing.

The project is aimed at preserving the unique nature and cultural heritage of the park, which has in recent years attracted about 1.5 million tourists a year, or between 70 and 75 percent of tourists who visit Iceland. Ten years from now, three million people are expected to visit the park a year.

Access to the western part of the park will be improved and service for visitors increased. At the same time, there are plans to take electric shuttles into use, with scheduled trips around the park every 15 to 30 minutes. The current tourist information center will be converted into a facility for park employees.

In addition to the draft plan being presented, a new observation platform was formally taken into use yesterday by Hrafnagjá canyon. The platform was designed by architects at Landslag ehf.