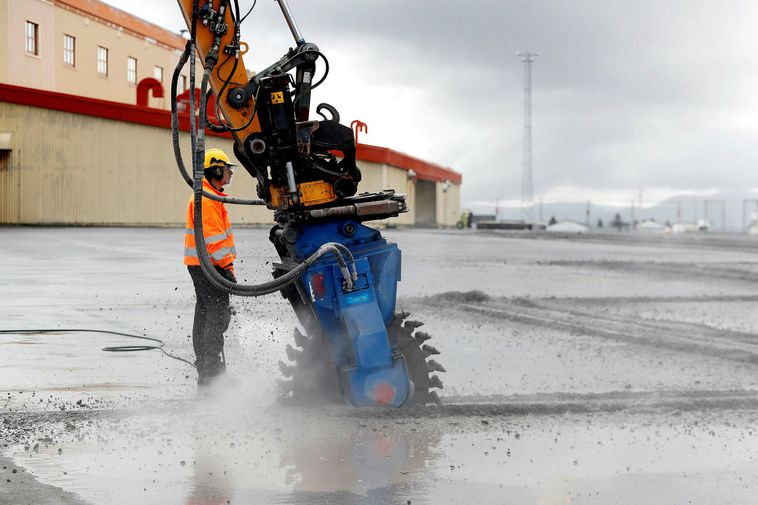 A project underway within the security area of Keflavík International Airport aims at improving facilities for NATO member nations. It is expected to be completed by next spring, Ásgeir Erlendsson, media representative for the Icelandic Coast Guard, tells Morgunblaðið.

Part of the project is arranged by the US Navy and another part by the US Air Force. Work for the US Navy, including two projects, began in April. These involve the remodeling of Hangar 831 and the construction of a facility where aircraft can be washed.

The first phase of the project for the US Air Force, involving the maintenance and improvements of airport aprons and taxiways at the airport, began last year.