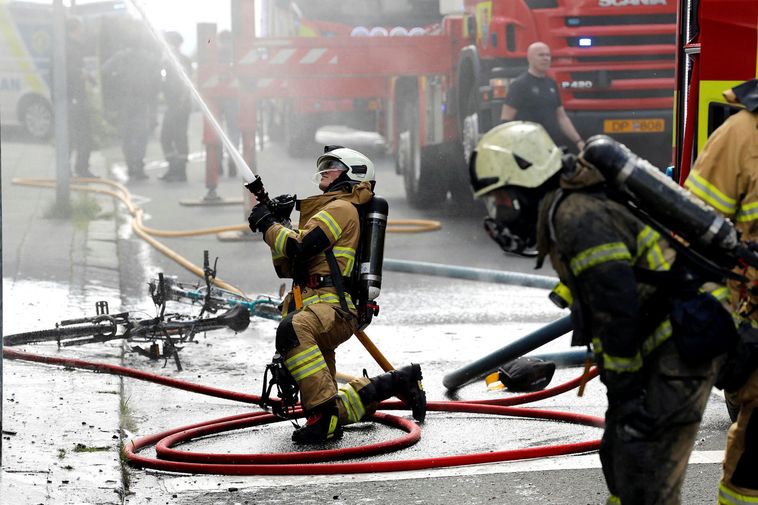 Mbl.is reports that the house at Bræðraborgarstígur 1, Reykjavík, destroyed in a fire yesterday in which three people lost their lives, was registered as the permanent residence of 73 people. All but one of the registered residents are of foreign descent. This was first reported by Fréttablaðið, which, referring to Registers Iceland, states that 28 of the registered residents are from Poland, 28 from Latvia, 12 from Lithuania, three from Romania, one from Spain, and one from Iceland. Most of the house’s permanent residents carry a foreign passport and an Icelandic ID number (kennitala), according to Fréttablaðið.

The Icelandic Confederation of Labor is calling for a thorough investigation of events leading up to the fire and its source, mbl.is reports. The confederation has issued a statement, saying that the fact that 73 people were registered as permanent residents of the house suggests that these are foreign workers, whose employer provided them with housing.

“Labor unions have for a long time called for concerted efforts by the government to secure conditions for foreign workers in Iceland, fight human trafficking and prevent social dumping,” the statement reads. “We know of other instances where numerous people are believed to be living in substandard housing.”

“This sort of thing must never happen again,” the statement concludes.

Two people, injured in the fire, remain hospitalized. One person, arrested on the scene, remains in police custody, as part of the investigation. A decision on whether to request that the individual be remanded in custody will be made later today.