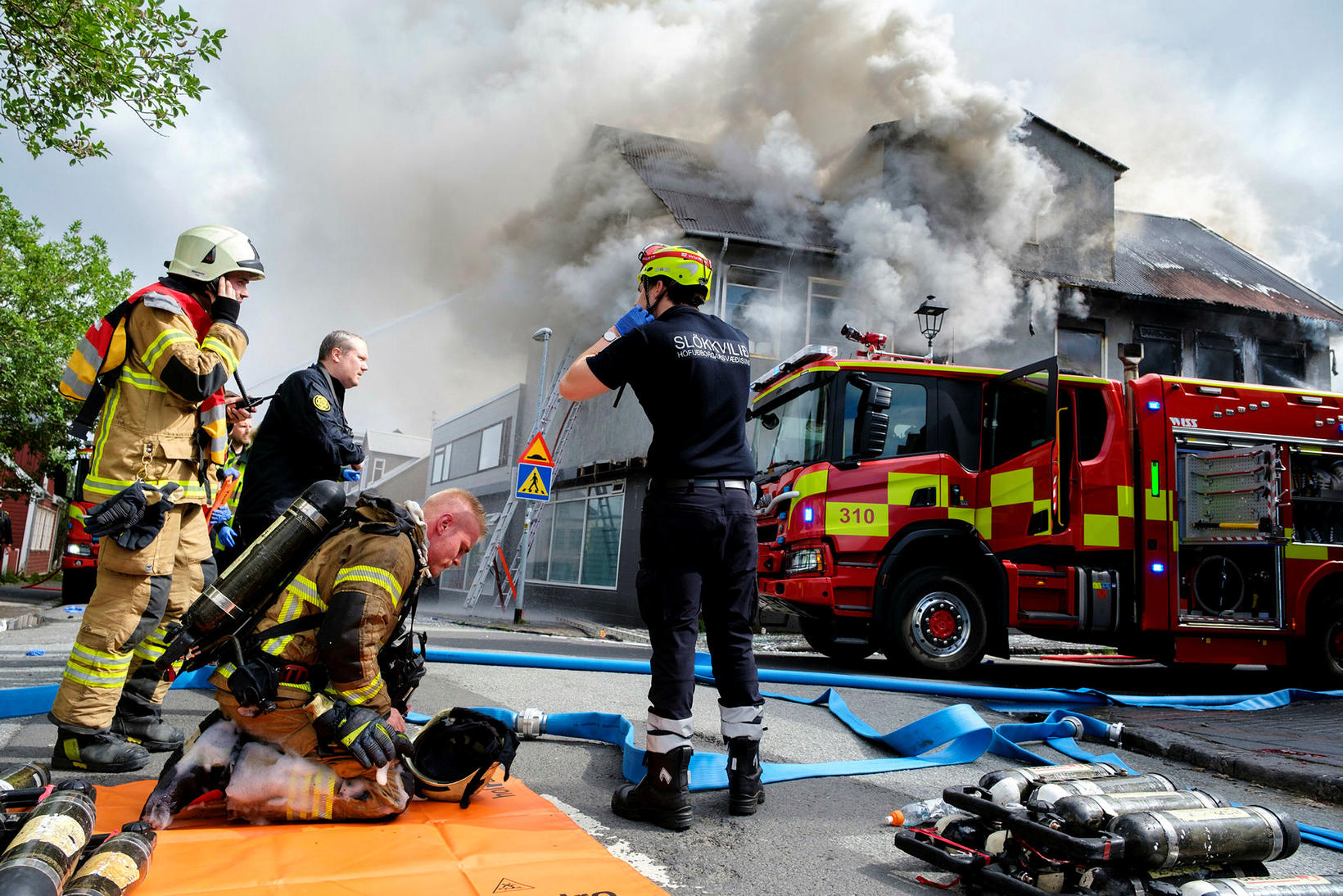 Three people are dead and two are in intensive care after fire erupted in a house on the corner of Vesturgata and Bræðraborgarstígur, Reykjavík, yesterday afternoon, mbl.is reports. One of the people hospitalized has been discharged.

The fire was reported at 3:15 pm, and the house was engulfed in flames when fire fighters arrived. Close to 60 fire fighters took part in fighting the fire. They were at work on the scene until 3:30 this morning. Conditions were very difficult, due to a high risk of collapse of the floors inside the house.

By using a ladder, fire fighters were able to rescue some people from the house, while others made it outside on their own, Morgunblaðið reports. Two people jumped out a window to escape the flames. 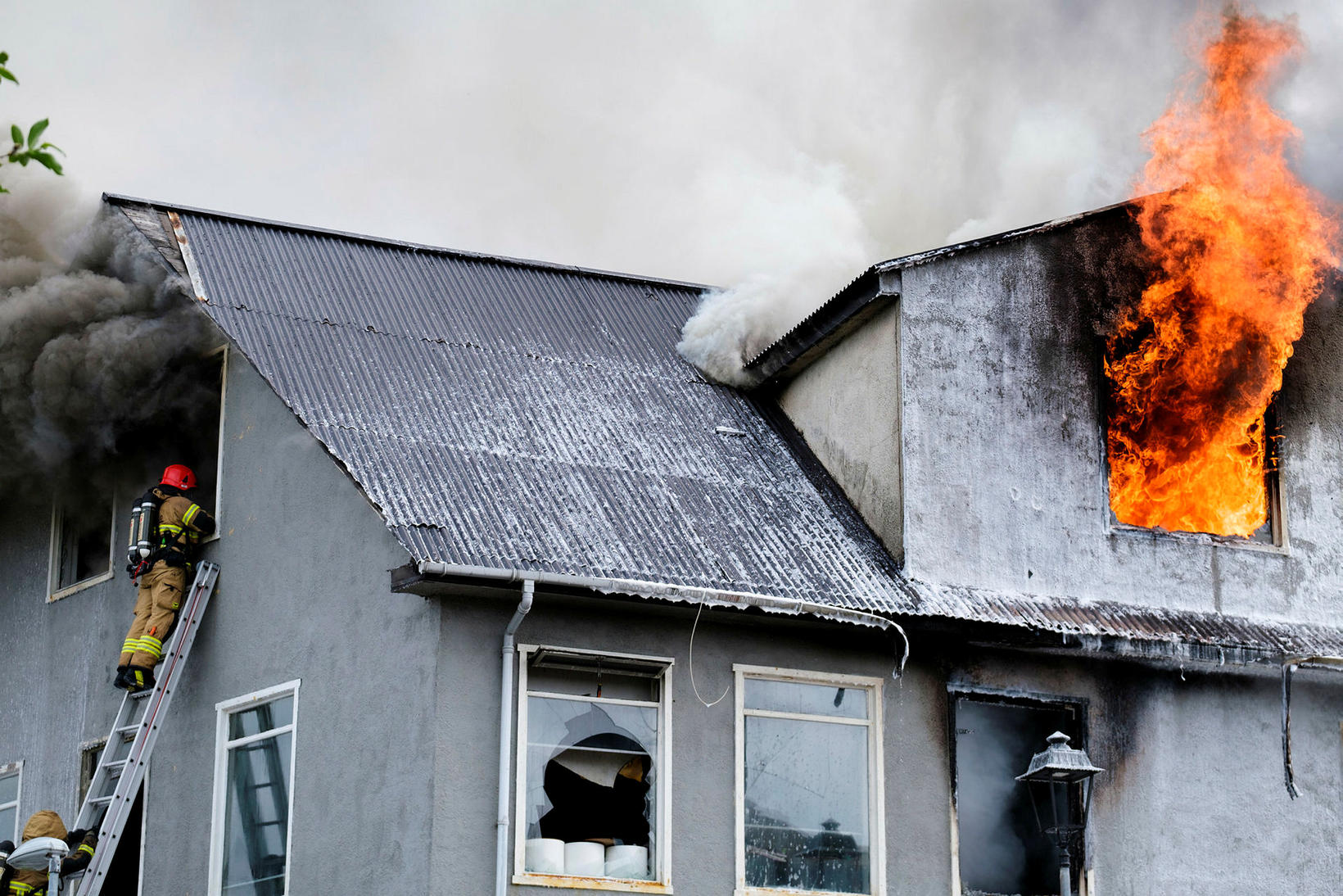 Six people resided on the upper floor of the house, but it is unclear how many lived on the lower floor. Between six and ten people were in the house when the fire erupted.

Two individuals were arrested on the scene for disobeying police orders, mbl.is reports, but later released after questioning. One person remains in police custody as part of the investigation.

Most of the people who resided in the house are of foreign descent, according to Chief Superintendent Ásgeir Þór Ásgeirsson. 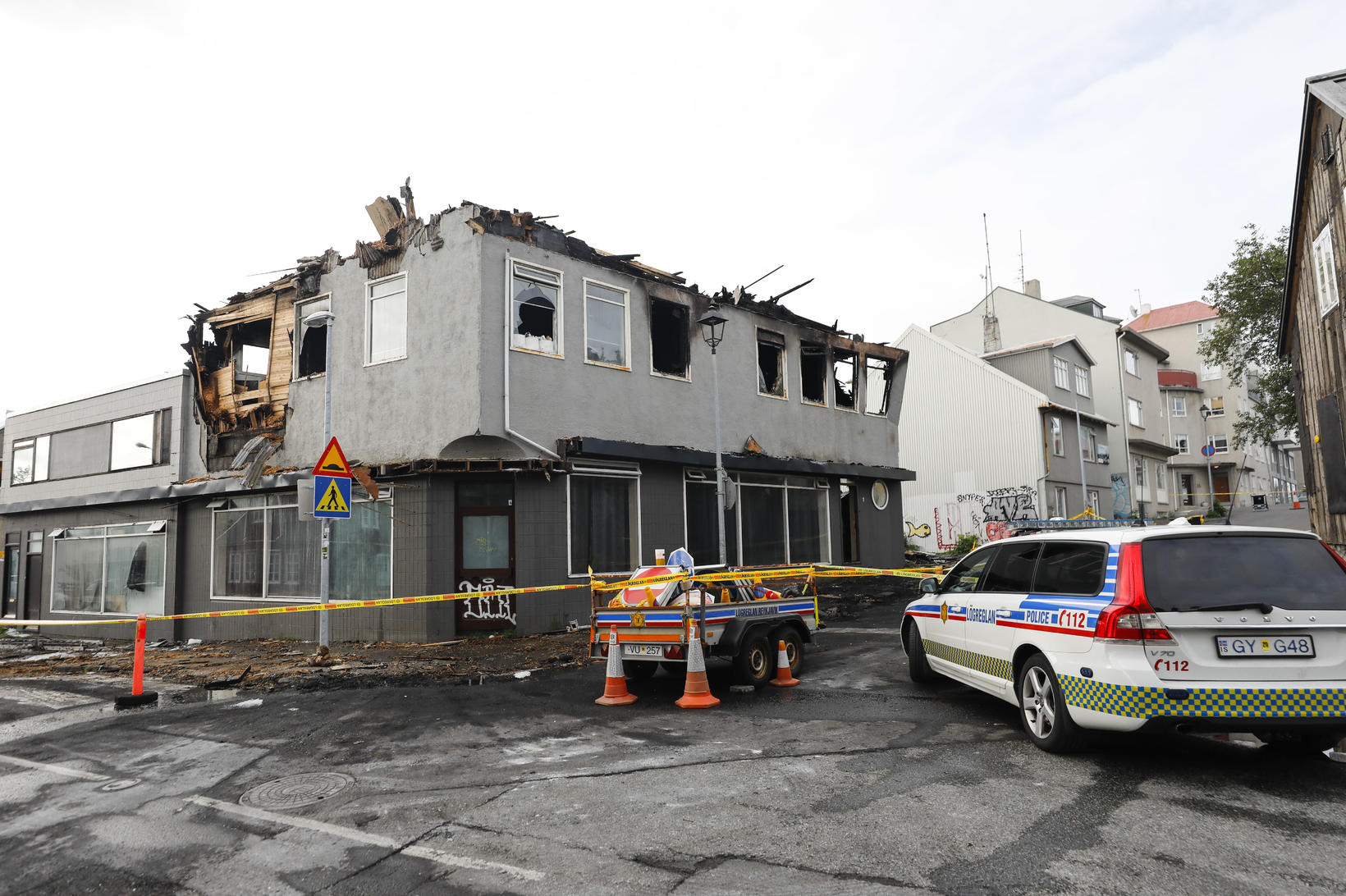 An investigation into the source of the fire began right away, but the source is not yet known.

In 2015, this house was the subject of media coverage, when a resident complained about conditions there.

The house is owned by contractors, but Benjamin Julian, media representative for Efling union, told Morgunblaðið yesterday that employees of a temporary work agency reside there. The union, he stated, has been concerned about the workers’ housing conditions since last year. They are members of Efling union.

“We’ve always stated that there was a chance for this to occur. It truly hurts that it happened before we were able to take action.”

The owner of the temporary work agency vehemently denies Benjamin’s claim and tells Morgunblaðið the agency has no connection to the house.