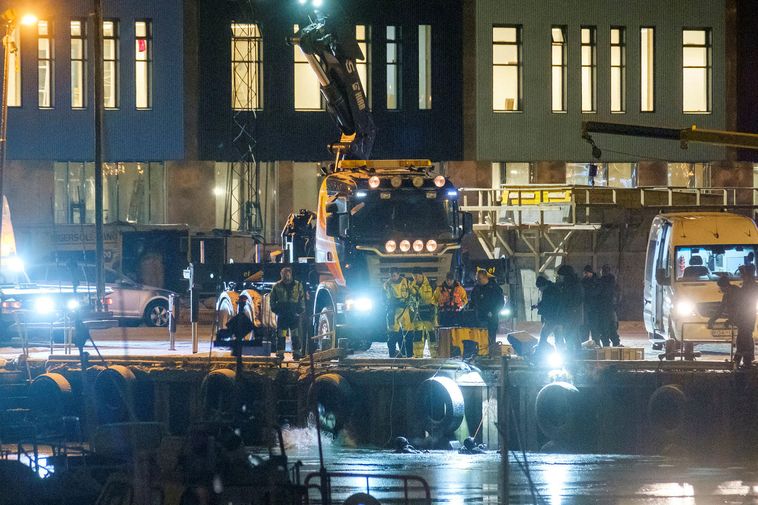 The two teenage boys who were rescued from a vehicle that landed in the ocean by Hafnarfjörður Harbor, Southwest Iceland, in January suffered cardiac arrest for more than two hours, according to mbl.is. Their doctor states in an interview with RÚV that they are the first and only Icelanders to survive such a long cardiac arrest.

The accident occurred January 17. The third boy made it to shore by himself, but divers rescued the other two, both of whom have been discharged from hospital. One of them, we reported Friday, will spend the coming months in rehabilitation, while the other one has almost recovered.

“There was no heart beat,” Felix Valsson, the doctor who treated them at Landspítali National University Hospital, states. “Paramedics and doctors at the hospital took turns administering CPR, attempting to maintain blood circulation to the heart and brain. In fact, the outlook was very bad,” he admits. The treatment Felix directed involved keeping the boys’ bodies cold.

About 30 minutes went by from the time the car landed in the ocean until the boys were brought to an ambulance. At the time, they had no vital signs. Their body temperatures were 29°C and 30°C, respectively, which was positive, Felix states, since cold temperatures protect the brain from damage.

After two hours in cardiac arrest, the boys were hooked up to heart-lung machines, and their body temperature was kept at 32°C for 48 hours, before it gradually regained normal levels. Subsequently, they were put on ventilators in intensive care, where they finally woke up.

“You still get goosebumps, [thinking about] the moment when they woke up,” Felix states. “It was simply an incredible moment, because, to be perfectly honest, things didn’t look well to begin with.”

Victim of Car Crash Was 17, from NY