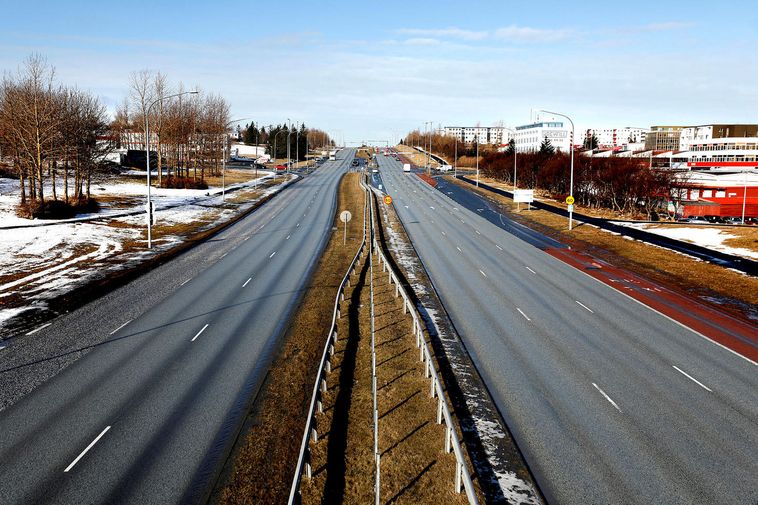 There is not much traffic in Reykjavík these days. Eggert Jóhannesson
Vala Hafstað
vala@mbl.is

Half of all companies in the Icelandic travel industry are in danger of going out of business if not enough is done to save them, states Jóhannes Þór Skúlason, managing director of SAF, the Icelandic Travel Industry Association.

He tells Morgunblaðið that the situation is getting worse every day. There is every indication that the coming months will be entirely without income.

“In general, companies foresee a complete income collapse, at least for the next three months,” he states. “Realistically, a high season in terms of income won’t come until the summer of 2021.” He adds that in response to the situation created by the COVID-19 pandemic, strong measures must be taken. The government’s first set of economic measures helped reduce uncertainty to a certain extent, but that, Jóhannes states, will only suffice for a short time.

“In part, you could say the uncertainty continues, since this is mainly a postponement,” he explains. “A company that doesn’t have the money to pay taxes and dues today has no chance to be in a better position three months from now. Therefore, based on the current situation, as many dues and taxes as possible need to be waived.”

Right now, the airline is operating at 10 percent capacity, compared to prior plans.

The number of Air Iceland Connect passengers was 11,000 in March - down by 51 percent compared with the same month last year.

There was much less reduction in cargo flights, though, which went according to schedule on most routes.