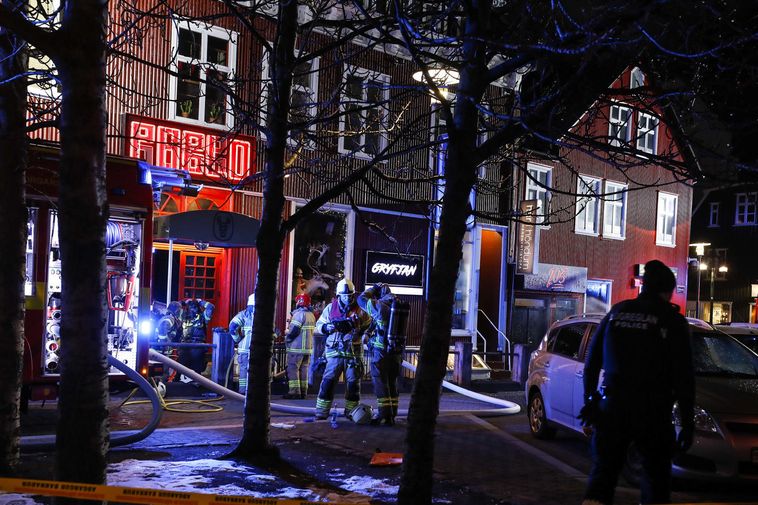 It has been reported that the 30-year-old man arrested Wednesday night in connection with the fire that erupted at Pablo Discobar, downtown Reykjavík, is the one who was arrested March 11 for stealing a concrete truck in Reykjavík and driving it at high speed against traffic, putting dozens of people in harm’s way.

Mbl.is quotes RÚV on this, but has been unable to have the report confirmed by the police.

On March 11, the man who stole the truck was arrested, but released after questioning.

The roof of the wooden building, where the fire erupted, had to be torn open by fire fighters, who successfully prevented the fire from spreading to nearby buildings in the heart of the city. Pablo Discobar is on the top floor of a three-story building, but all three floors were severly damaged by fire, soot and water.

Yesterday, the Reykjavík District Court approved a request by the Capital Area Police Department to remand the suspect in custody for four weeks, till April 16.

Investigation of the fire is proceeding well. Assistant Chief Constable Guðmundur Páll Jónsson tells mbl.is that arson appears to be the reason for the fire.

He declined to confirm that the suspect is the same man who recently stole a concrete truck.