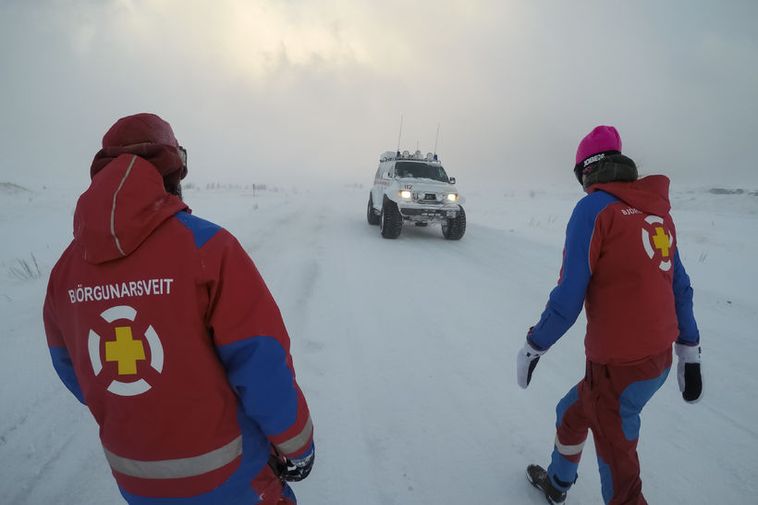 The Red Cross opened a relief center at 3 am this morning at Heimaland, near Eyjafjöll mountains in South Iceland, for stranded tourists, whose vehicles had gotten stuck in snow, mbl.is reports. About 100 people stayed there overnight. In addition, 38 tourists obtained overnight accommodation at Skógar for the same reason.

Most of the people are foreign tourists, who were traveling by rental car, but in addition, there was a group of tourists traveling by a small bus.

Rescue workers transported the people to the relief center from their cars, in which they were stuck, from as far away as Skeiðarársandur, to the east.

It was a very busy night for rescue workers in Reykjanes, Southwest Iceland, as well. They were called more than 200 times, assisting drivers, whose vehicles had gotten stuck in snow. Police report that possibly more than one hundred cars had to be pulled out.

The situation was the worst near Ásbrú, due to blowing snow, and on the road to Grindavík.

Police are asking people not to drive in Reykjanes unless their vehicles have winter tires. Rescue workers are still assisting drivers, although not as much assistance is needed this morning as there was overnight.

Numerous roads are impassable this morning, especially in South and Southeast Iceland. Please check road.is and safetravel.is before planning your trip, and check the latest weather forecast on en.vedur.is.