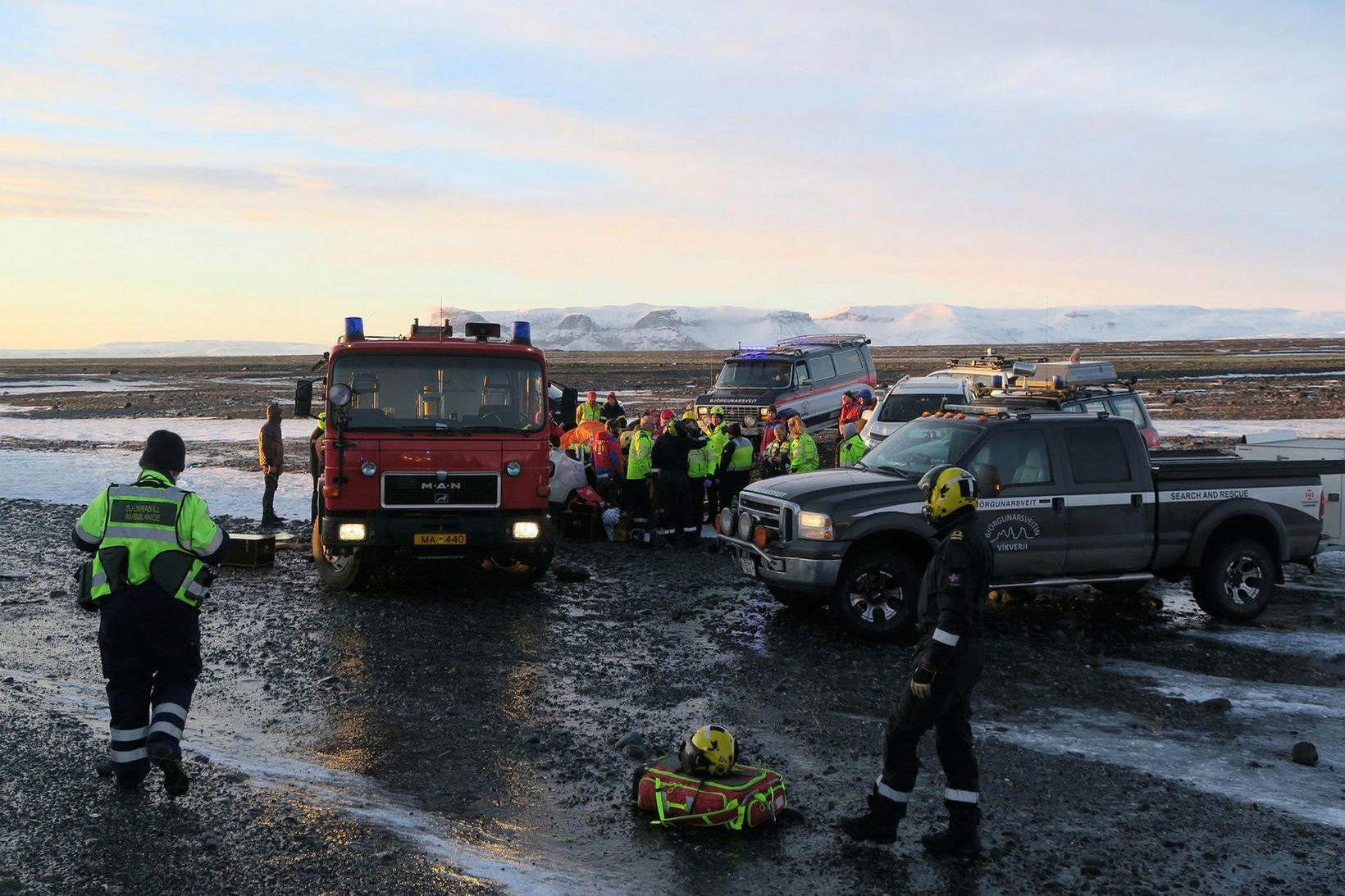 From the site of the accident in South Iceland. Photo/Sigurður Gunnarsson

Three serious accidents have occurred in Iceland since Friday afternoon.

The first one occurred in South Iceland, midway between Núpsstaðir and Skaftafell, between 1 and 2 pm on Friday. Two 4x4s, traveling in opposite directions, collided. Three people were seriously injured, two of them children, mbl.is reports.  All nine people involved in the accident are tourists from France and South Korea.

At the time of the accident, the road was very icy and it was very windy in the area. Both helicopters of the Icelandic Coast Guard were called to the scene. They transported seven people to hospital. The Ring Road was closed following the accident and didn’t reopen until about 6:30 pm.

The South Iceland Police posted a statement on Facebook , asking potential witnesses to the accident to step forward and send them a message on Facebook.

Mbl.is reports that a professional driver had contacted the Icelandic Road Administration hours prior to the accident, reporting that roads were extremely icy in the area.

In a written answer to an inquiry from mbl.is , the Road Administration’s media representative states that the Road Administration is unable to respond immediately by applying salt or sand to icy roads, but he adds that the case will be reviewed, and that possibly, the road could have been closed. The road condition had been assessed in the morning, he states, and the road ploughed, according to procedures. 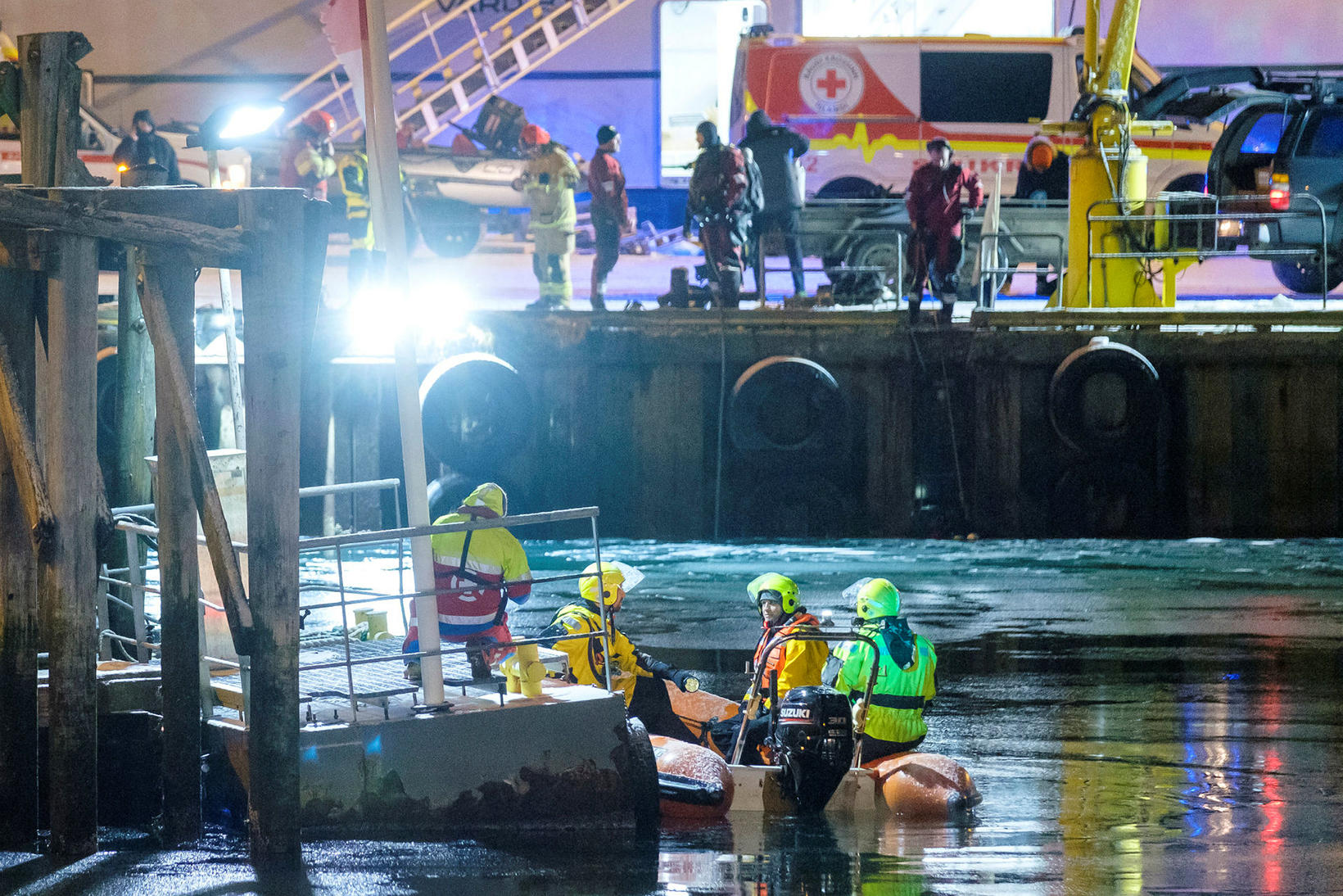 The second serious accident took place in Hafnarfjörður harbor Friday night, shortly after 9 pm. A vehicle, carrying three teenagers, landed in the ocean. Roads were icy at the time of the accident. Witnesses to the accident called the emergency line for help. 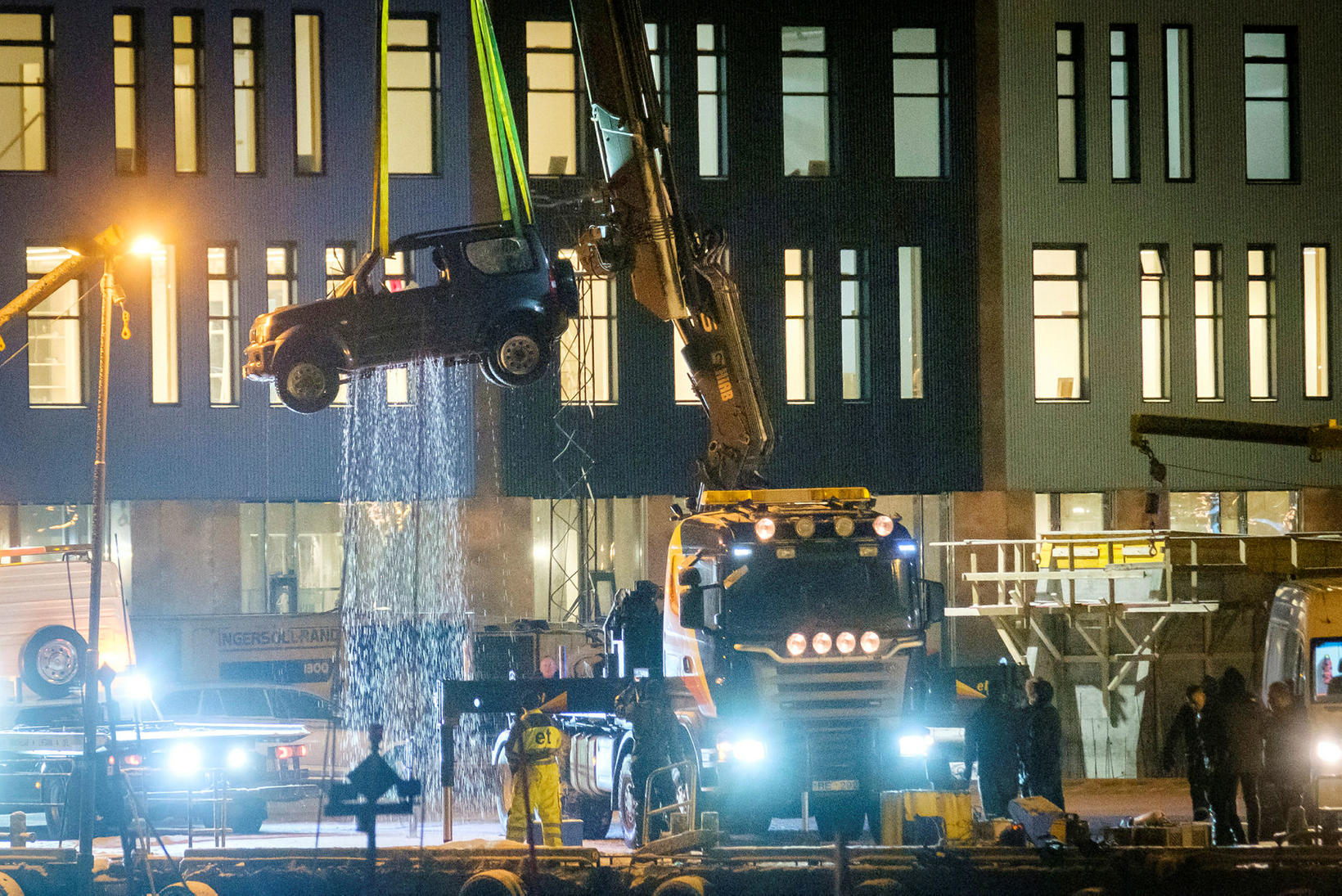 The Hafnarfjörður community is in shock. The Red Cross offered crisis counseling, and the local church offered a prayer session for residents on Saturday.

A passenger car, which police were chasing, collided with another car, coming from the opposite direction. Three people were transported to hospital.