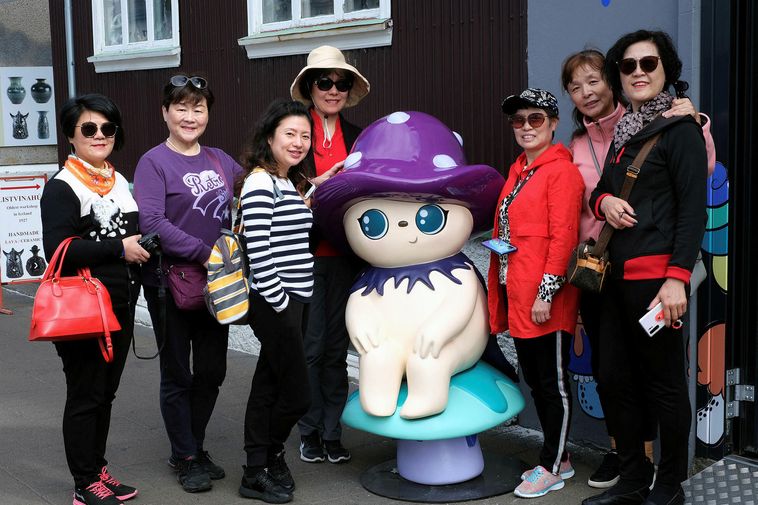 What characterizes Chinese tourists, according to Sarah Chu, a specialist at the Nordic Business House in Sweden, is that they have a tendency to stay for a relatively long time, explore the country extensively and spend proportionally more of the travel funds on goods and at restaurants than do visitors from other countries.

She will be giving a lecture in Iceland on Wednesday at an event organized by the Chinese Embassy, the Icelandic Travel Industry Association and Promote Iceland, focusing on the best way to receive Chinese tourists.

Chu states that this group of tourists has to be approached in a different way than do other nationalities, since they use their own apps and websites. Chinese authorities have closed access to Google and Facebook, which is why they were replaced by the search engine Baidu and the social media Weibo and WeChat, to name a few.

Being visible on these Chinese media makes a difference for businesses interested in attracting Chinese customers. In terms of payment options, Chinese tourists prefer using Chinese ones, such as Alipay or WeChat Pay, both of which allow them to make a payment with their smartphone.