Buried in Snow for 40 Minutes 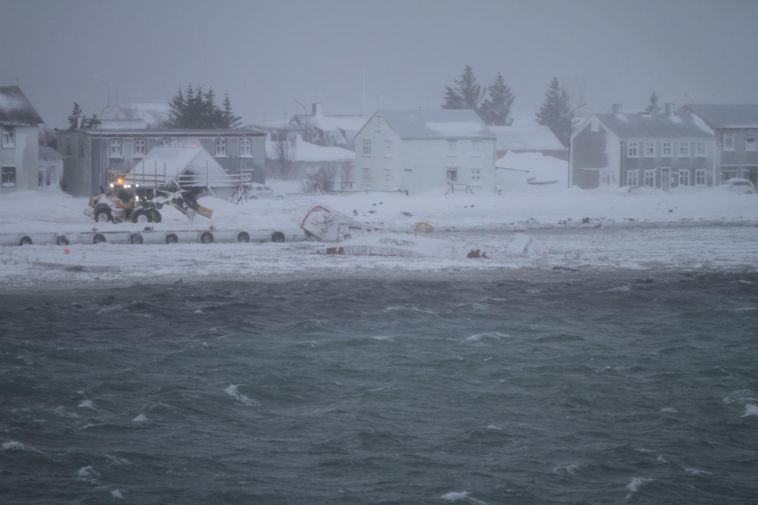 “Of course this wasn’t supposed to be able to happen,” Ísafjörður Mayor Guðmundur Gunnarsson tells mbl.is, referring to the fact that part of one of the avalanches that hit Flateyri, the West Fjords, Tuesday night passed a deflecting dam, filling a house in the village with snow. Luckily, the avalanches caused no fatalities, but it was a close call for the family in the house that was hit.

Four people were inside the home. A mother and two of her children, aged 5 and 9, managed to escape through a window, while her 14-year-old daughter, who was asleep in her bedroom when the avalanche fell, was buried in snow.

There was hardly any need to call out rescue workers, because they woke up to the rumble of the first avalanche, as it fell. Some residents described how everything trembled, as if in an earthquake. The first avalanche fell at 11:03 pm and the second one about 15 minutes later.

Ten rescue workers entered the house and two remained outside, directing the operation. Egill Ólafsson, one of the rescue workers, tells mbl.is that the inside of the house was filled with snow:

“Four or five of us managed to crawl along the ceiling. The space up to the ceiling was between 50 and 60 cm [19-24 in]. That’s where they started digging. The rest of us went to the front of the house and began digging there inside.”

The men who crawled along the ceiling used avalanche rods to probe the snow, looking for the girl. As soon as one of them felt something soft under his rod, they all began digging at that location. The girl was at a depth of almost 2 meters [6 and a half ft], buried there for almost 40 minutes.

According to Fréttablaðið, what rescue workers found first by probing with the rods was the mattress of the girl’s bed. She was found close to the bed. The layer of snow was so thick that her screams could hardly be heard. As soon as she was found, she began crying.

“I don’t think I’ve ever felt as great as when I heard the girl cry,” Egill tells mbl.is.

She was subsequently transported to Ísafjörður by the coast guard ship Þór, where she spent the night in hospital, along with her mother and younger siblings.

An alert phase, due to avalanche risk in the northern part of the West Fjords, has been canceled, replaced by an uncertainty phase. An evacuation order has been lifted.