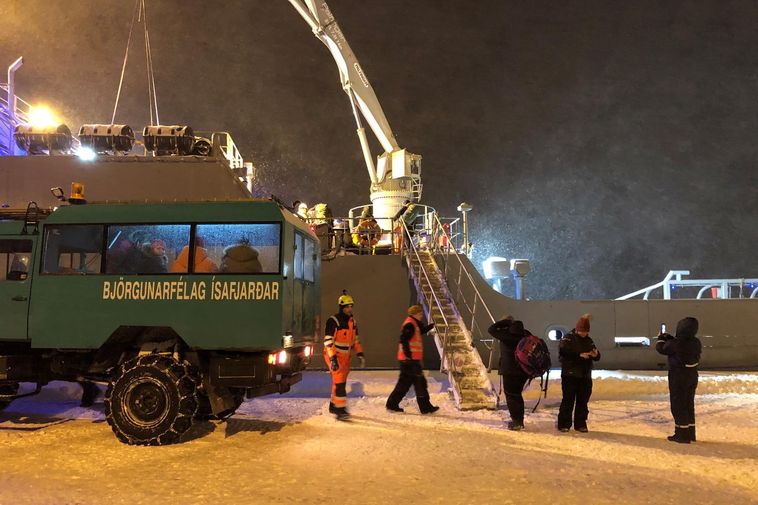 “Everything trembled and shook, and we heard a rumble as the the slope exploded on the other side of [Súgandafjörður] fjord.” This is how MP Lilja Rafney Magnúsdóttir describes what occurred when an avalanche on the north side of Súgandafjörður created a tsunami in her village, Suðureyri, on the south side of the fjord shortly before midnight last night.

Speaking to mbl.is, she is grateful that this didn’t occur during the day. “If this had happened at a time of day when people are around… a tsunami like the one last night could have swept people away and even cars,” she states. She believes there is reason to reevaluate conditions in Suðureyri regarding avalanche protection, which may possibly call for the evacuation of houses, due to the risk of tsunamis caused by avalanches on the other side of the fjord.

An orange weather alert and blizzard warning remain in effect for the West Fjords till 3 pm. “No one but the rescue workers is around,” Lilja states.

The coast guard ship Þór left Ísafjörður at 9:05 this morning for Flateyri, where two avalanches fell last night, with provisions and equipment for the residents of Flateyri and Suðureyri, where some essential food items have become scarce after several days of road closures.

On board the ship are members of the Red Cross, who will be offering crisis counseling to the residents. The ship was due to arrive in Flateyri at 11 am.  Once the ship is in harbor, a relief shelter will be opened in the village.

Ísafjörður Mayor Guðmundur Gunnarsson is among those on board Þór. He states that residents are in shock. “This brings back such bad memories to so many people that words fail to describe it,” he adds.

What he is referring to is that tomorrow, January 16, marks the 25th anniversary of a tragedy in Súðavík , the West Fjords, where an avalanche fell, claiming 14 lives. On October 26, also in 1995, 20 people lost their lives in an avalanche in Flateyri .