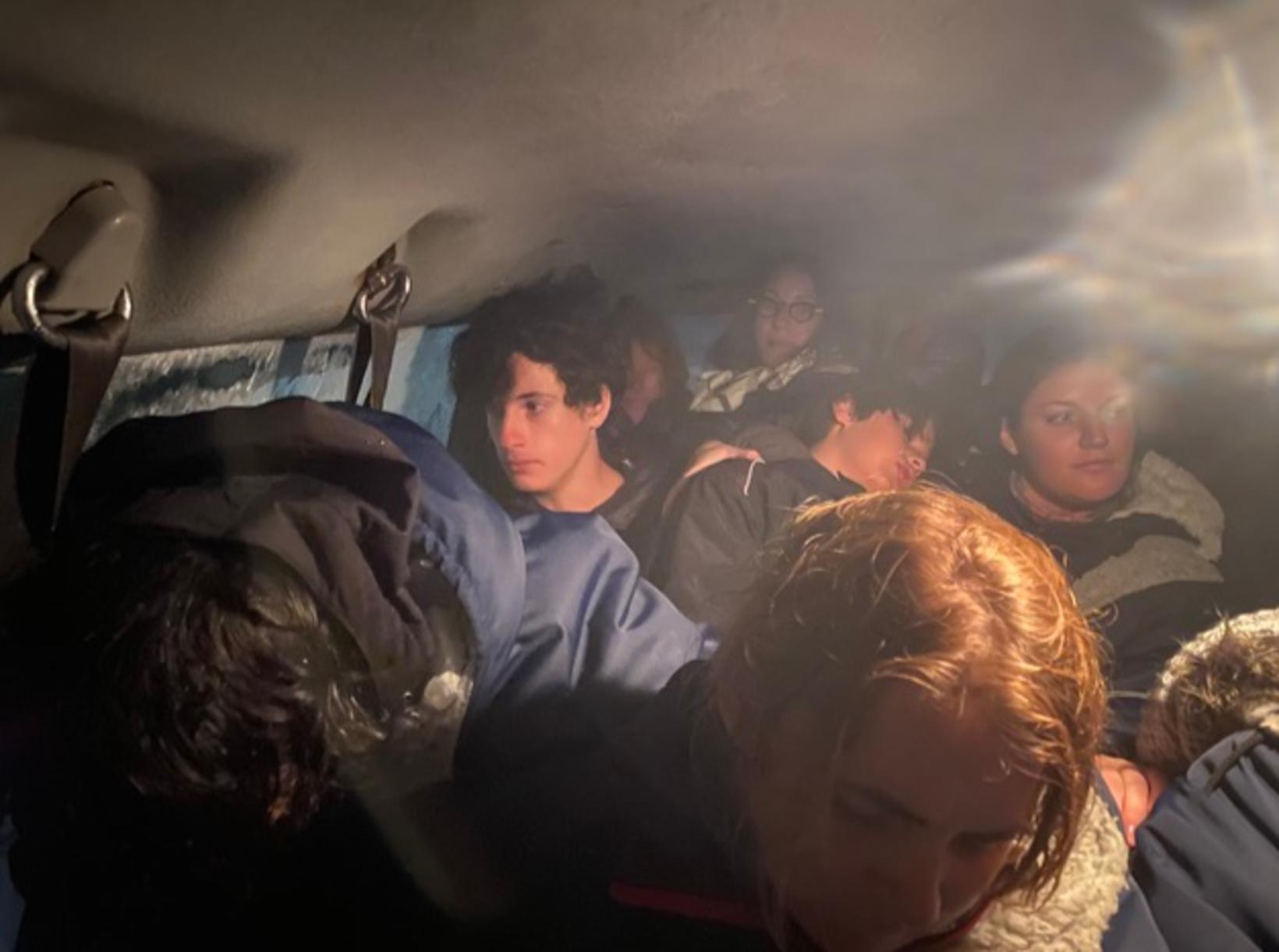 Waiting for help inside the crammed vehicle. Katia Kuwabara

We reported last week that 39 tourists were successfully rescued from Langjökull glacier on January 7, after being caught in a blizzard during a snowmobile tour organized by Mountaineers of Iceland. After reading our report, one of the tourists, Katia Kuwabara, contacted Iceland Monitor . 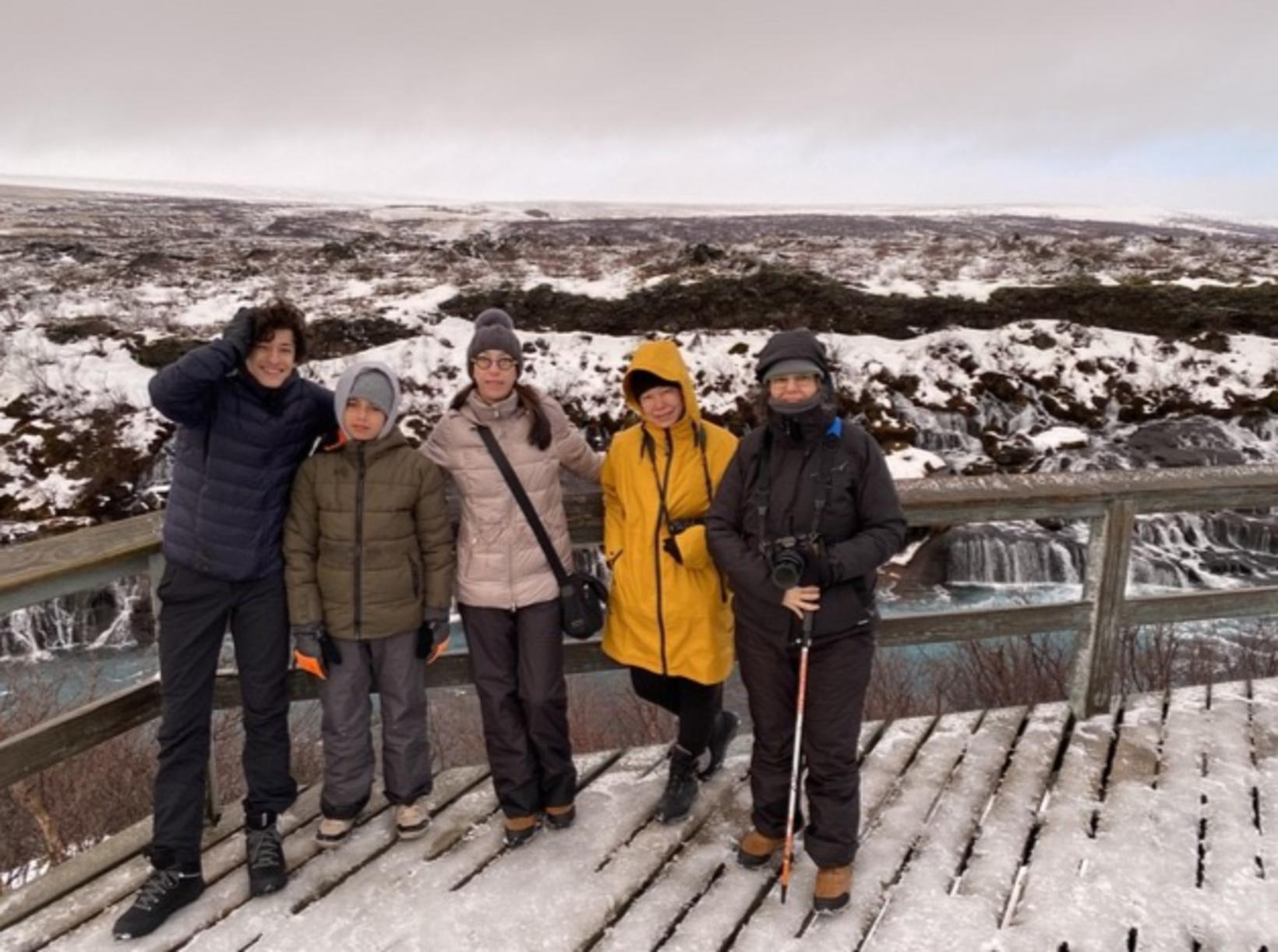 The group of five, before taking the trip to Langjökull. Katia Kuwabara

Ms. Kuwabara , a 49-year-old  Brazilian photographer was traveling with friends: Virginia Galvani and her two  sons , Antonio (14) and Pedro (9), and Gabriela Oliveira.

They were traveling in Iceland with a local guide and driver. Before deciding to go on a snowmobile trip, they asked if this was safe to do, especially with children. The tour agents said there would be no problem, as these tours have been taken for many years.

“This was my first trip to Iceland,” Kuwabara states.  The experience leaves her with strong impressions: it is the most amazing landscape she has ever had a chance to see, but it is incomprehensible to her, she states, how Iceland can allow such an irresponsible group to organize snowmobile trips without any emergency equipment and without any  experience in how to handle emergencies. 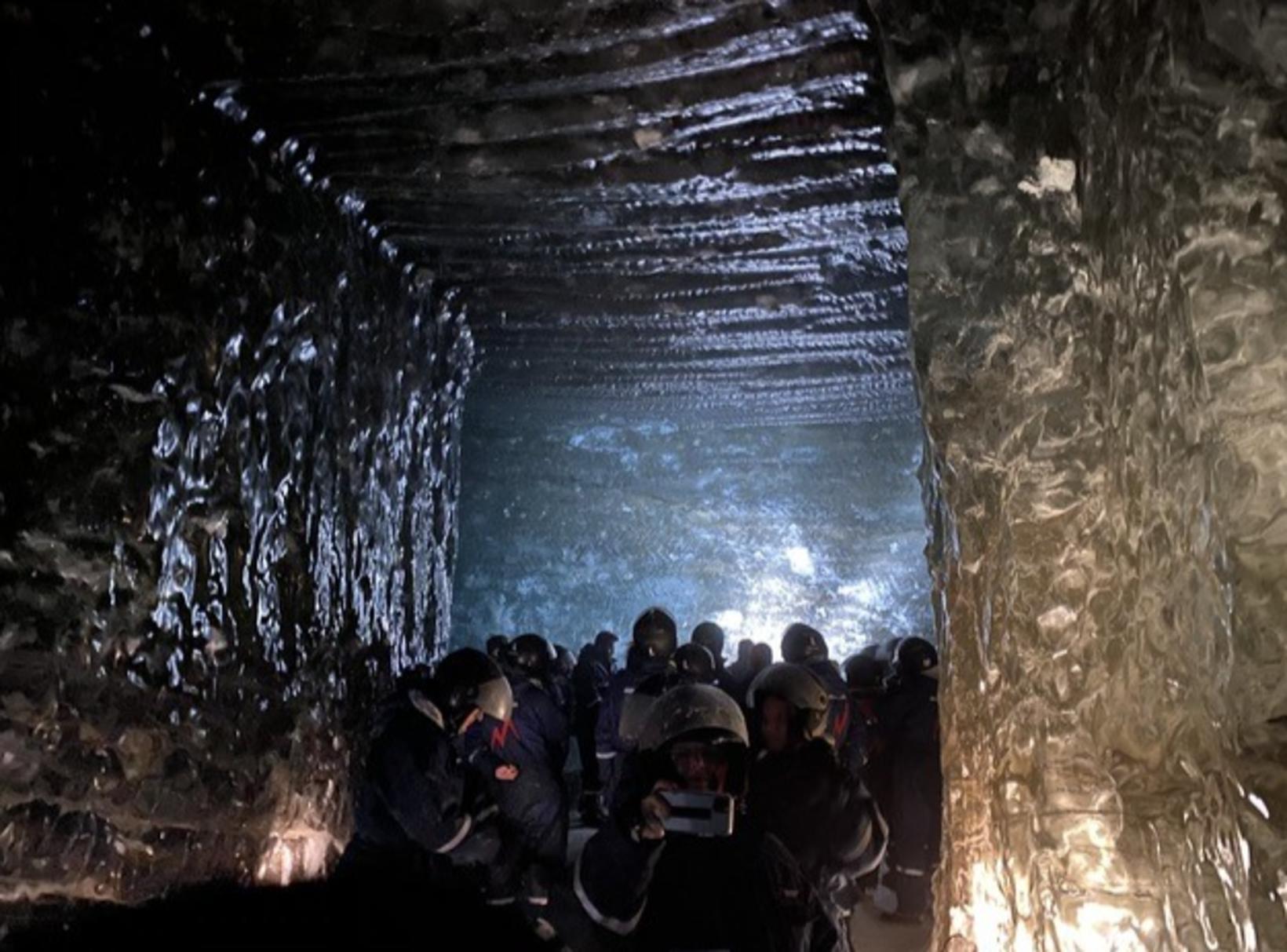 The tourists were taken to an ice cave before going on the snowmobile tour. Katia Kuwabara

Before going to the glacier, Kuwabara and her friends were not told about the imminent blizzard, she states. The trip began with a visit to an ice cave.

From 2 pm till close to 8:30 pm, her group of five was trapped outside in the blizzard. The guide, she states, gave them no advice on what to do. He - a young man – took off his wool sweater and used it to try to keep Antonio’s feet warm, since he had no sensation in his feet. As a result, the guide was even colder than the tourists. Whenever they asked when help would arrive, they were told it would be there in 20 minutes. 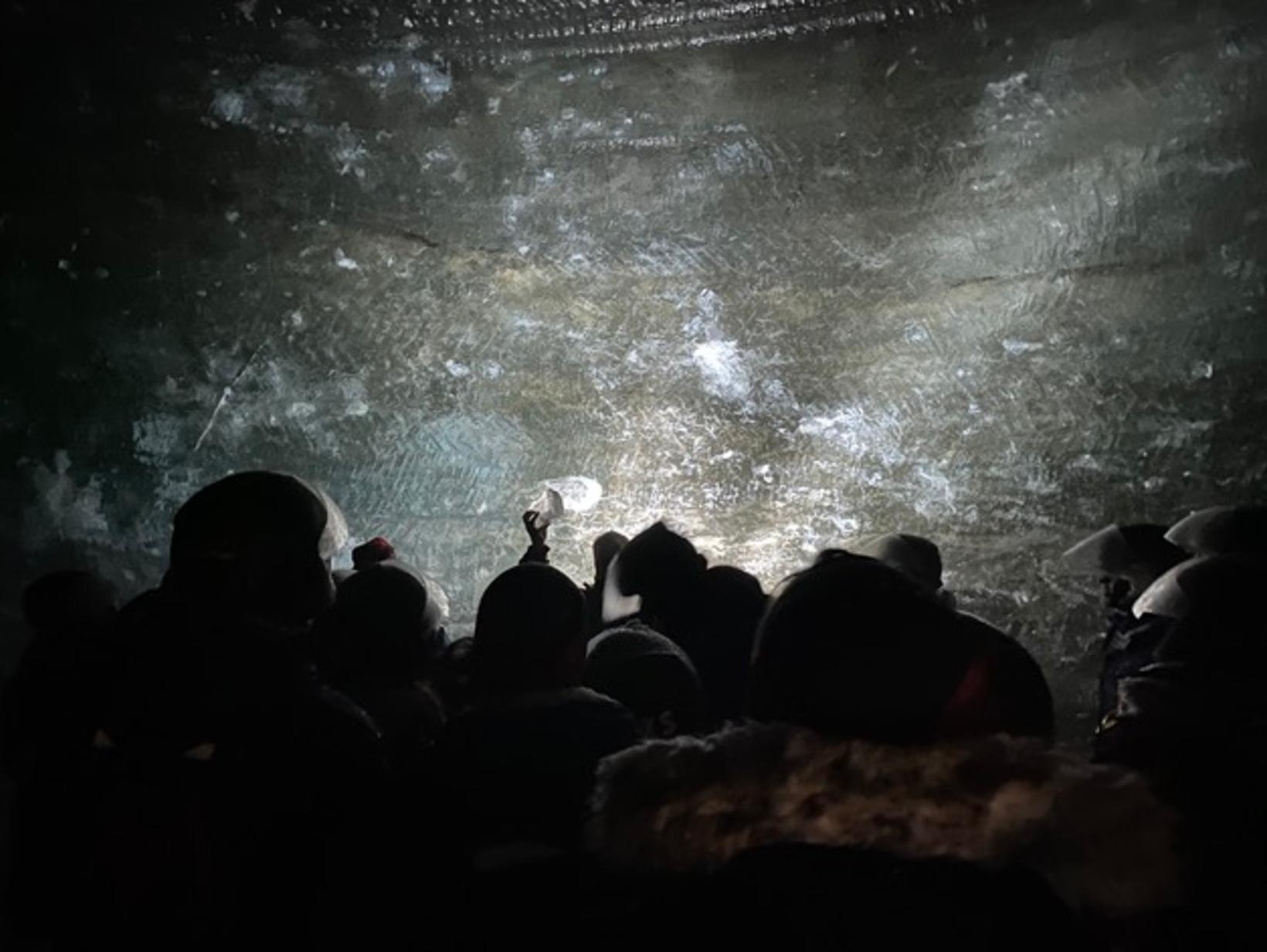 Inside the ice cave. Katia Kuwabara

All the while, they tried to stay warm by moving as much as they could. “So, I thought, this is how you die in snow,” Kuwabara confesses.

She describes how the tourists finally were led to shelter from the storm inside a vehicle. They were not informed that someone had called the emergency line for help. This was sometime between 8 pm and 8:30 pm. There was no guide inside the vehicle when Kuwabara realized that her phone was working again. She asked the others if they knew the emergency number and Suzanne, an Irish woman, told them it was 112. Kuwabara’s phone records show that they placed the call at 8:30 pm on her phone. 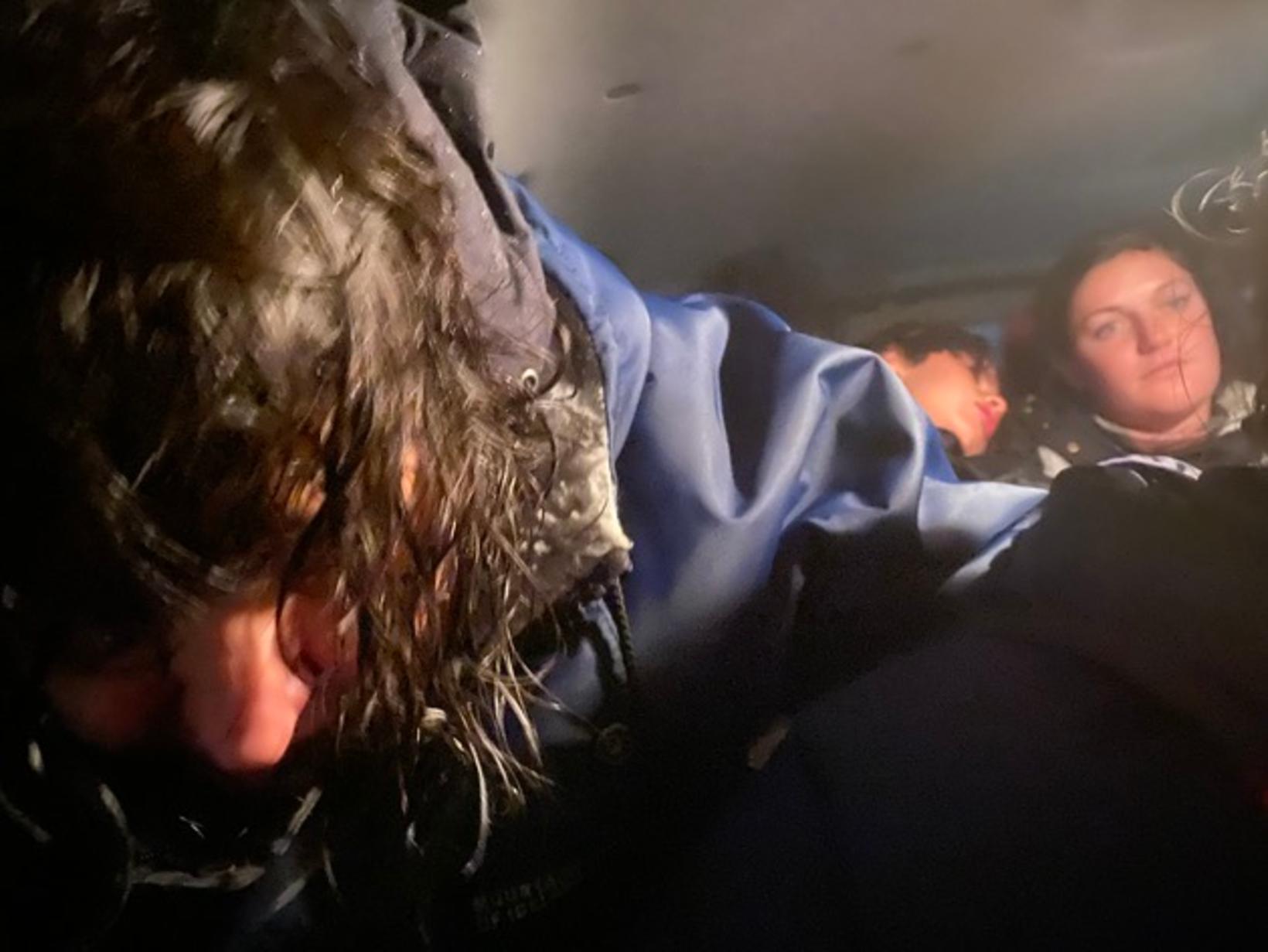 “Suzanne explained on the phone that we were inside a vehicle [at the base of] the glacier after hours in the storm but we had no information about what would happen next, so we passed our GPS position to… the person who answered us,” Kuwabara relates. The tourists were under the impression than no one from the group of 39 had called the emergency line before they did.

Iceland Monitor contacted the office of the emergency line today and was told that the first call from the glacier came an hour earlier, at 7:30 pm, from a person working for Mountaineers of Iceland. Kuwabara wonders why the call wasn’t placed much earlier. “What was the Mountaineers of Iceland team waiting for?” she asks. At 9:24 pm, the group, still sitting in the crammed vehicle, decided to call the emergency line again. “Then we made another call to see if they had any news, as the car’s heating was becoming inefficient. We were more than 20 in a vehicle for a maximum of 12 people.”

About 300 rescue workers in 57 vehicles took part in the rescue effort, which lasted from about 8:30 pm Tuesday night until 8 am the next morning. The circumstances were extremely difficult: blizzard conditions and no visibility. Thankfully, all 39 tourists were brought to safety. Many of them suffered frostbites and some ankle injuries were reported. 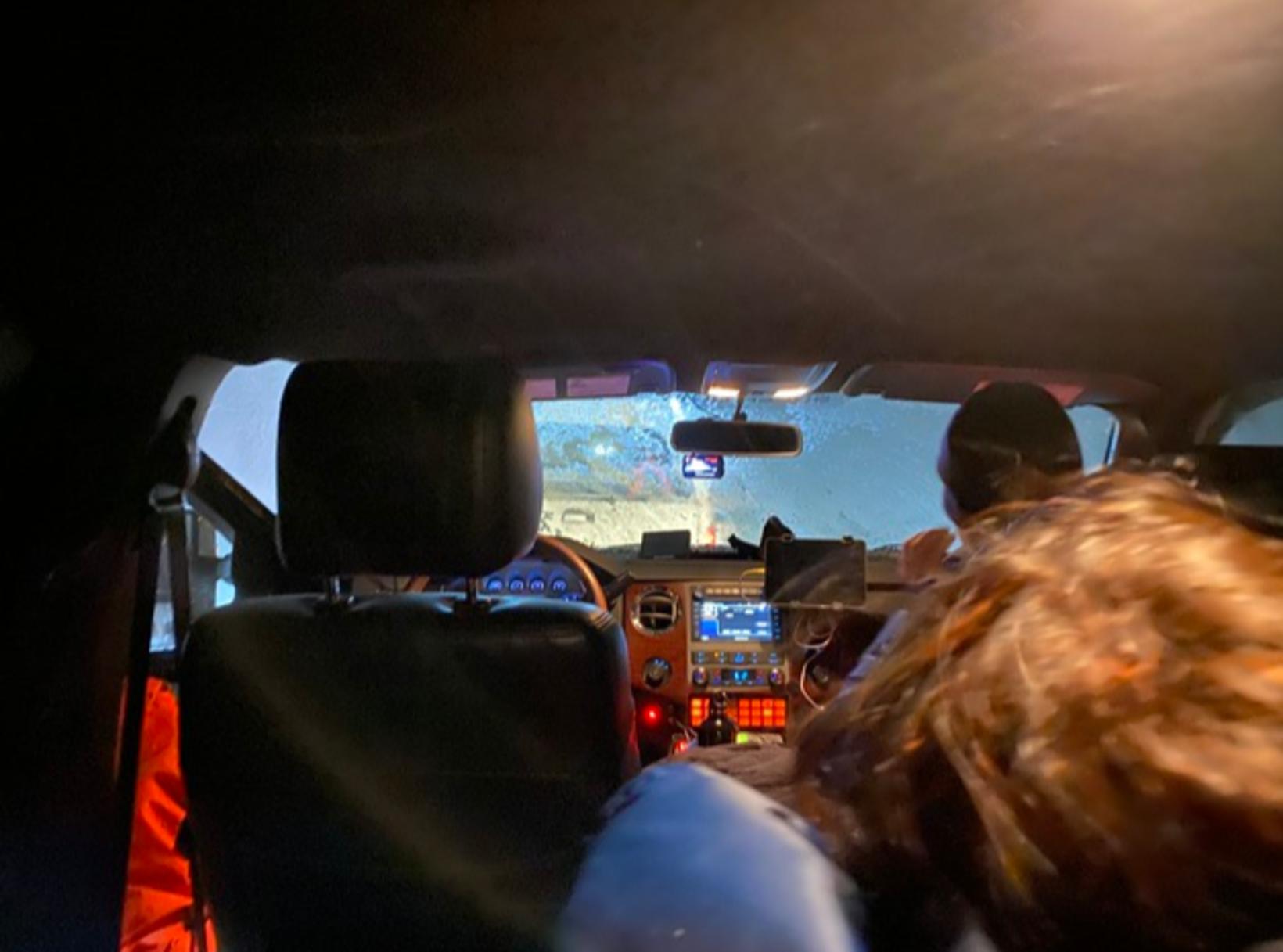 Inside a rescue vehicle, on the way to safety. Katia Kuwabara

Kuwabara  states that in the days that followed, she and her friends suffered various aches and swelling of the body. She notes that the children still have no sensation in parts of their hands and feet. “And who knows what else this kind of experience and trauma will cause?” she wonders. She just saw the doctor, who told her she has the early stages of pneumonia. Inside the relief center. Katia Kuwabara

“We still have personal objects and photographic equipment in the car up in the mountain,” Kuwabara adds, “which I don't know if we will get back. We would appreciate to have them returned.”

Her friends, who were traveling with her, are still in France. Once they return home to Brazil, they will all decide what to do next and whether to sue Mountaineers of Iceland.

“I want as many people as possible to hear our story,” Kuwabara states, “so this kind of thing won’t happen again.”

Mountaineers of Iceland was in the news in January of 2017, when an Australian couple got lost during a snowmobile trip and had to wait seven hours before being rescued. The couple subsequently sued the company. In March of last year, the Reykjavík District Court ruled that they be awarded close to ISK 700,000 (USD 5,650; EUR 5,000) in damages , due to considerable negligence by their guides.