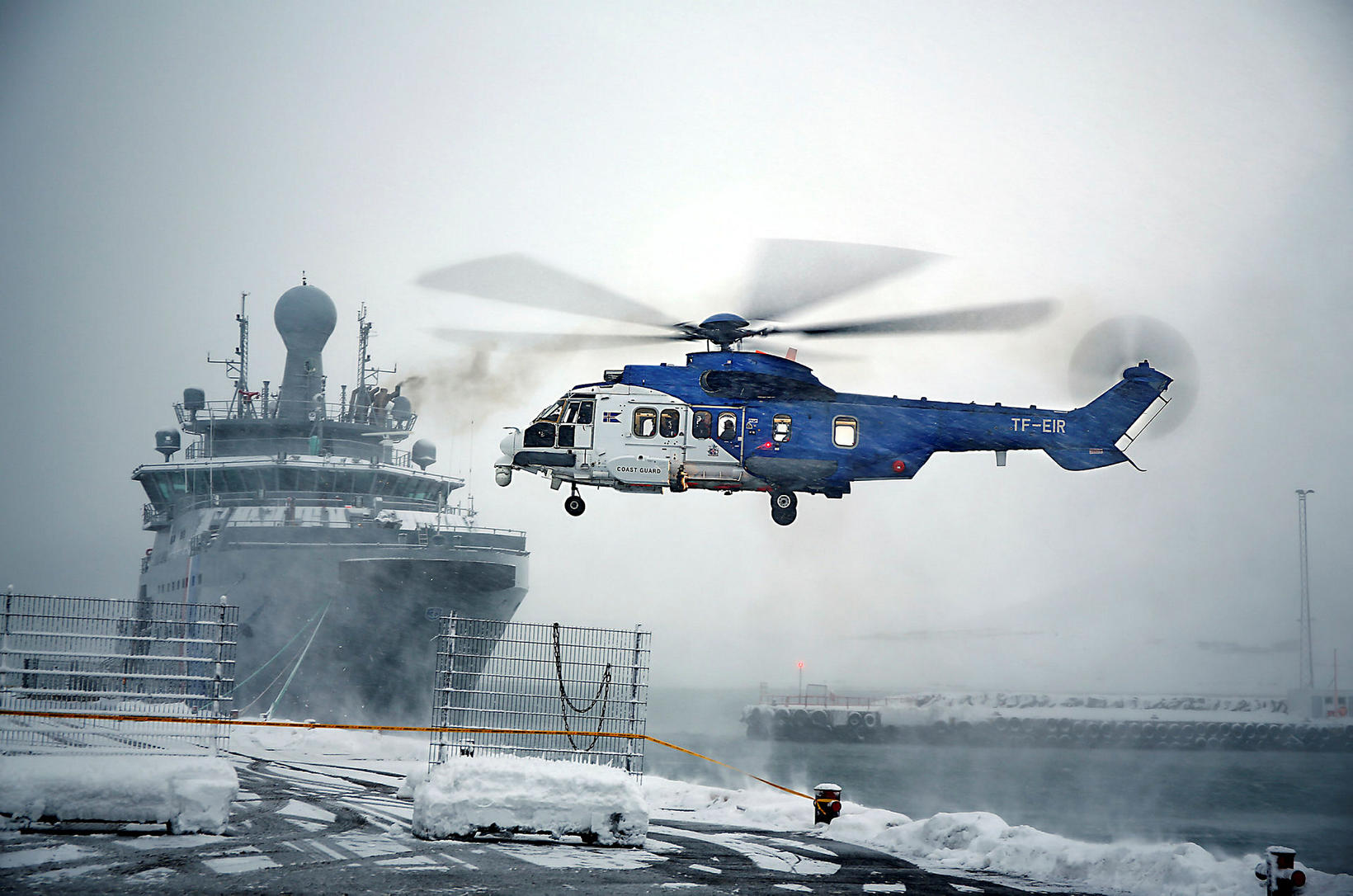 Power is back on in Dalvík, North Iceland, where numerous electric power poles were destroyed in the violent storm that hit the country last week. As a result, the Icelandic Coast Guard Ship Þór, named after the god of thunder (Thor), will no longer have to provide the town with electricity, which it has done since Thursday last week. The ship was expected to be disconnected early this morning.

It will then sail to Reykjavík, where it is scheduled to arrive tomorrow. The picture above was taken yesterday, when Georg Kr. Lárusson, director of the Icelandic Coast Guard and Ásgrímur L. Ásgrímsson, director of operations, flew to Dalvík by helicopter to check on conditions on board Þór. 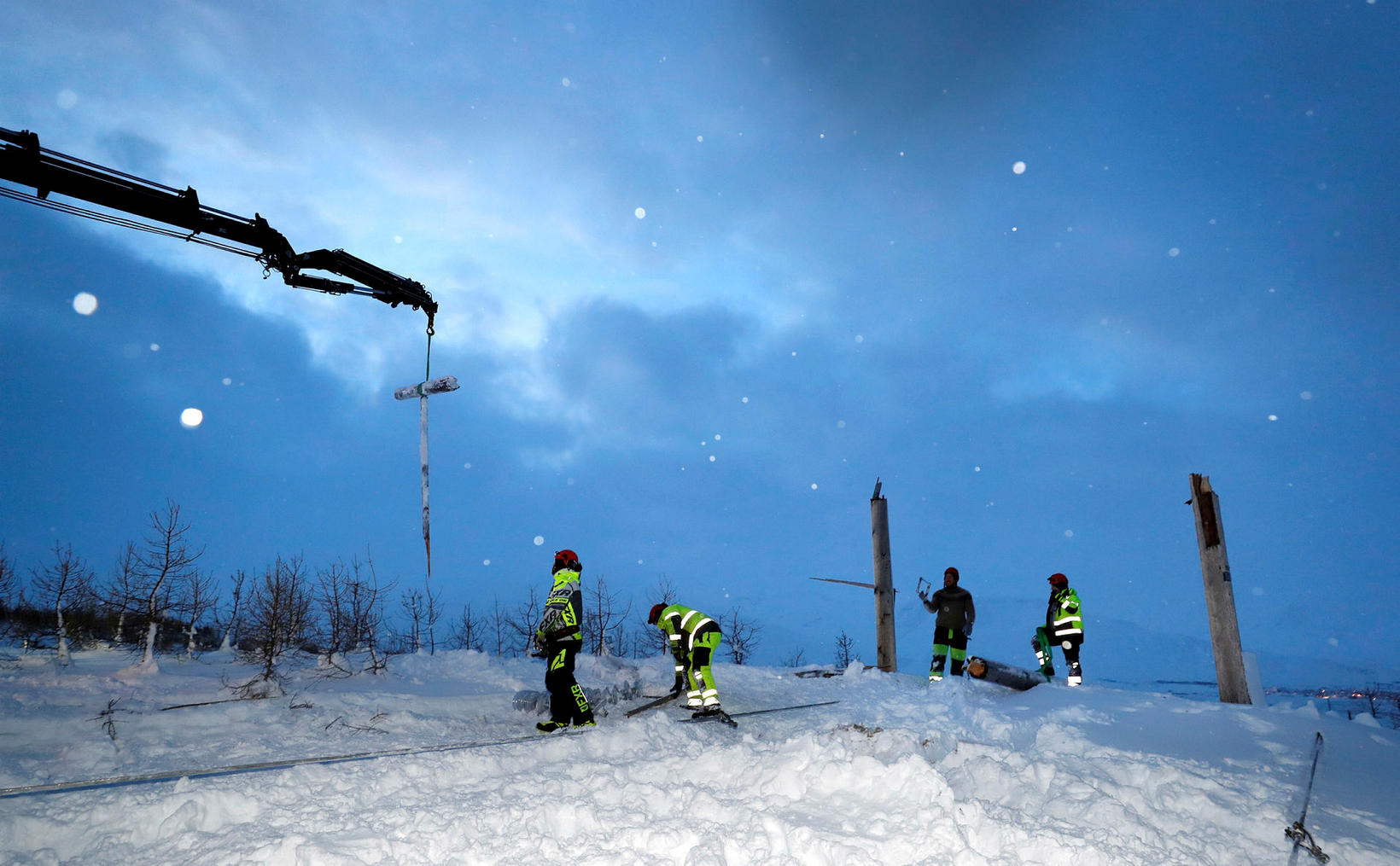 Numerous workers have worked hard in recent days on restoring the power line. More than 50 power poles were destroyed, and the power line snapped.

Now that the power line has been repaired, it will provide electricity to all the neighboring communities: Árskógssandur, Hrísey island, Svarfaðardalur valley, Siglufjörður and Ólafsfjörður, which have been powered by auxiliary generators since the storm hit. 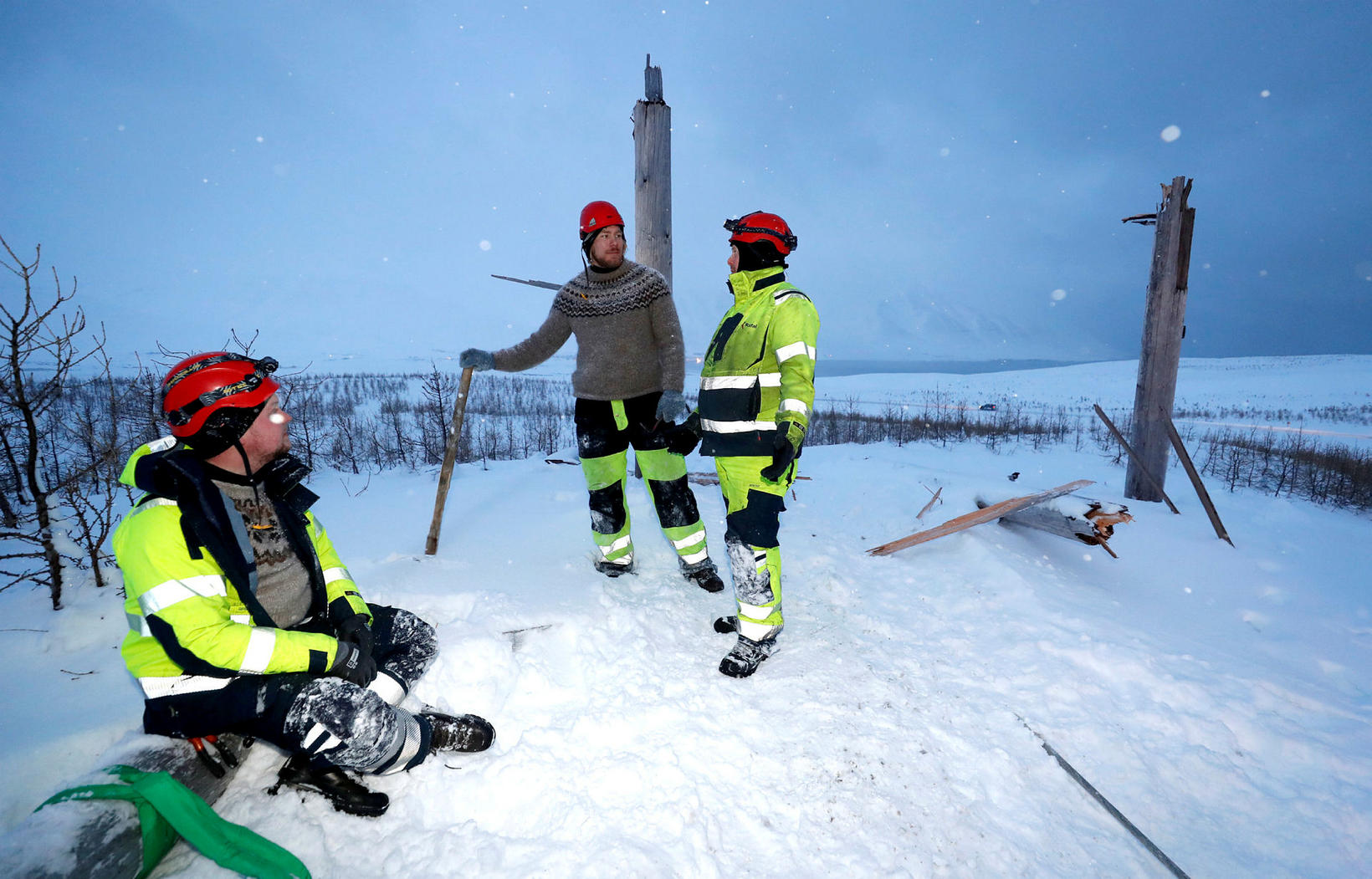