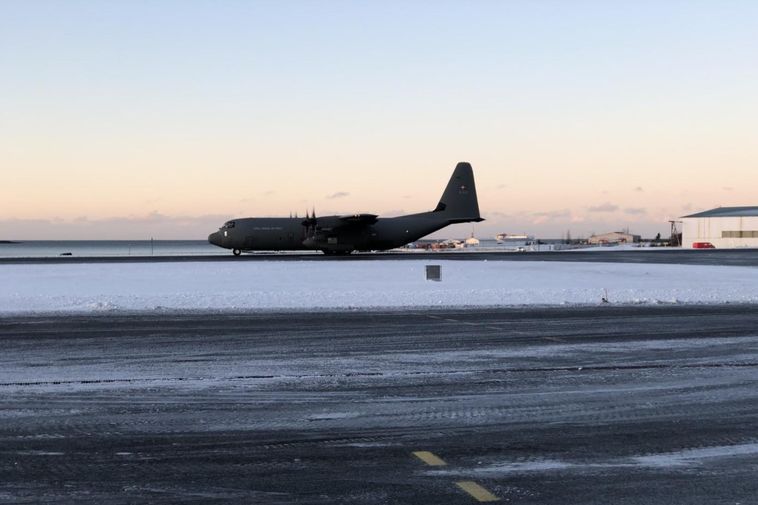 The Icelandic Coast Guard has sought help from the Royal Danish Air Force in the search for a teenage boy, who fell into a river in Eyjafjörður, North Iceland, last night, mbl.is reports.

The request was well received by the air force, which redirected its C-130 Hercules aircraft, located in the vicinity of Iceland, to Reykjavík.

The aircraft will be transporting rescue workers, divers and equipment to Akureyri, North Iceland.

The plan is to create facilities for rescue workers near the site of the accident, where they can have a shelter from the increasing cold.

Since Tuesday, when a violent storm hit Iceland, about 800 rescue workers have been called out more than a thousand times.

At first, the tasks mainly involved responding to flying debris and property damage, but now, they mostly involve ensuring people’s safety and restoring the infrastructure.