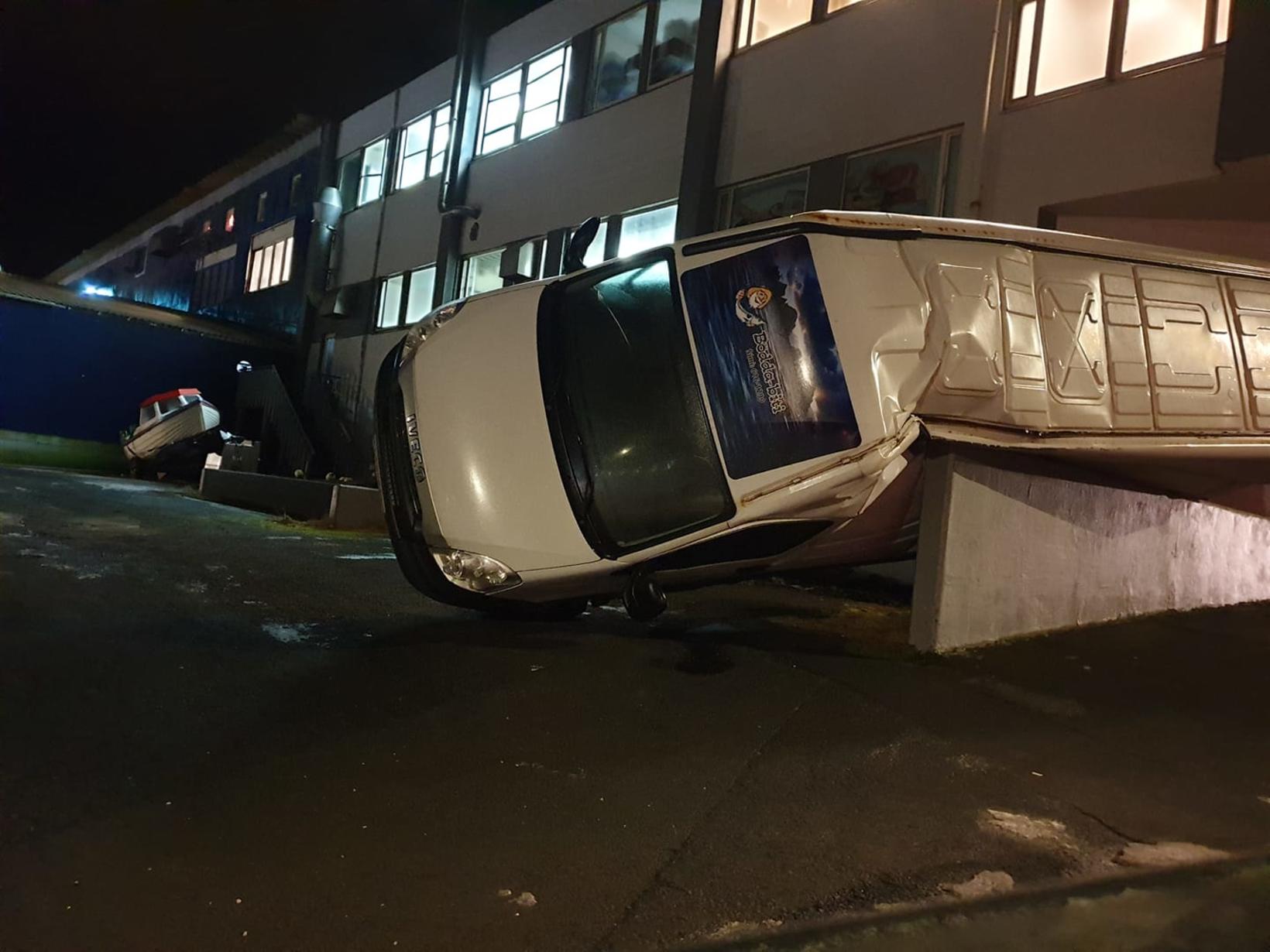 This van in Vestmannaeyjar landed on a wall. Photo/Sigurgeir Brynjar

Icelandic rescue workers were called out about 600 times during the past 24 hours, mbl.is reports, most often in North Iceland and in Vestmannaeyjar islands. Fortunately, no injuries have been reported. Rescue teams were well prepared and warnings were given well in advance of the severe weather. Clearly, residents and tourists alike heeded the warnings. 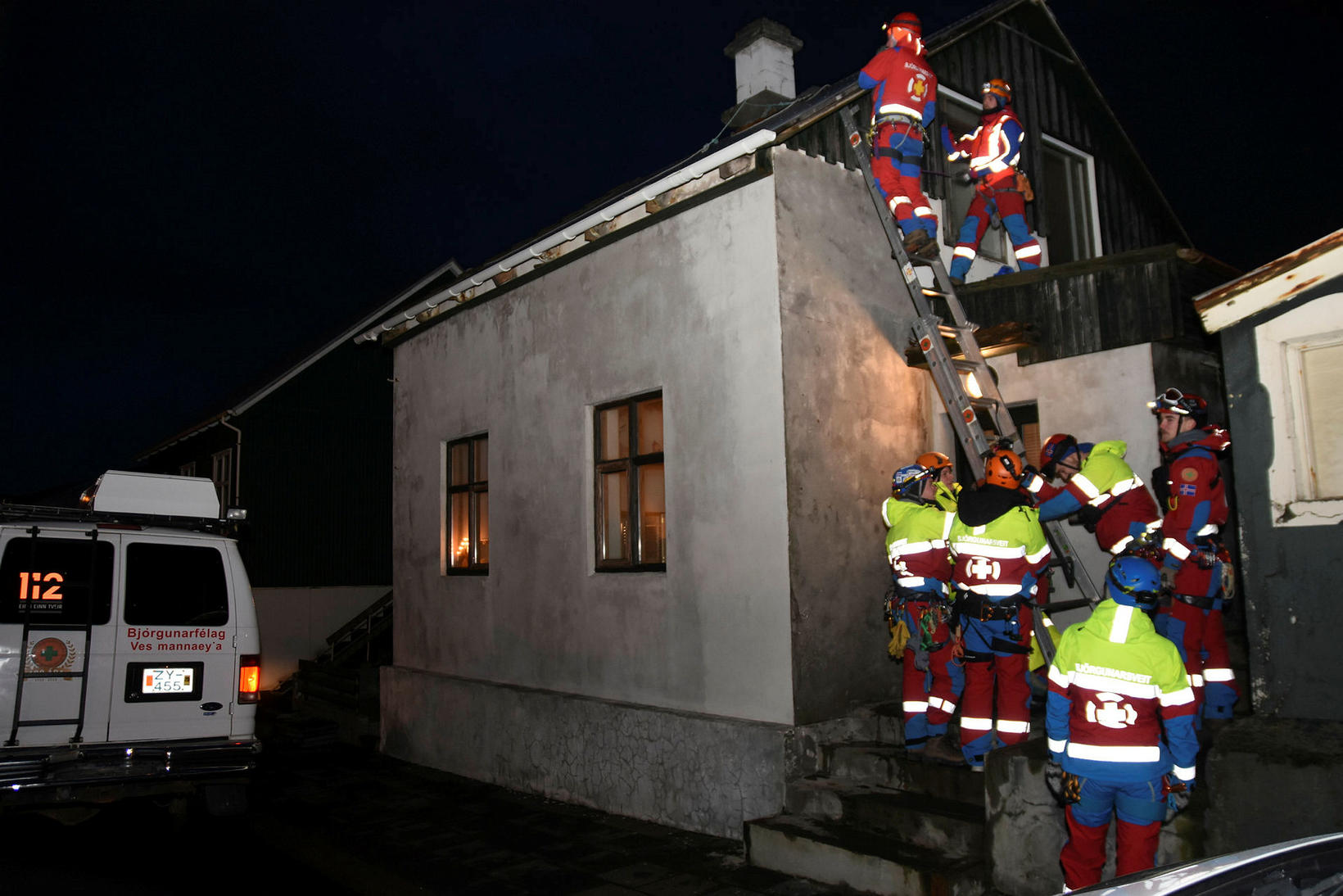 Since 4 pm yesterday, rescue workers in Vestmannaeyjar have been called more than 100 times. “This is the worst we remember,” Arnór Arnórsson, rescue worker in the islands, tells mbl.is . “There [were] eight to nine teams out there in as many vehicles—up to 50 people.”

“This is the worst weather I have experienced in Vestmannaeyjar,” Sigurgeir Brynjar Kristgeirsson tells mbl.is. 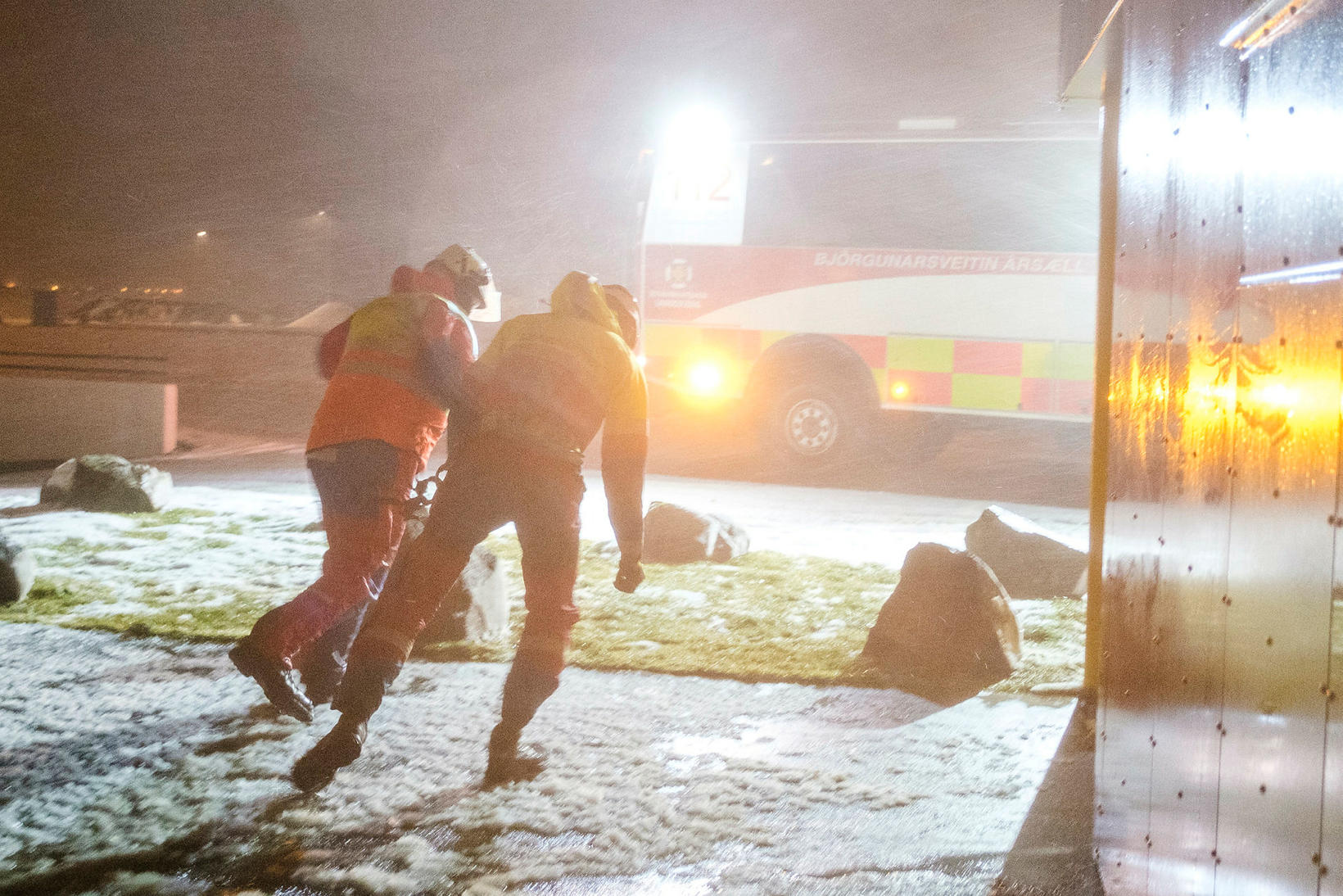 There, the wind blew a parked van into the the wall of a building, roofs blew off cabins, containers went flying, and damage from wind in Vestmannaeyjar is extensive. That includes major damage to the siding of a fishmeal factory. Rescue workers were unable to contain damage to the building. “Being at the site was extremely dangerous,” Arnór explains. Schools started late this morning, due to weather, and the ferry Herjólfur was unable to sail this morning.

In North Iceland—mainly in Skagafjörður, Húnavatnssýslur counties, and Northeast Iceland—calls for assistance came in non-stop all night. 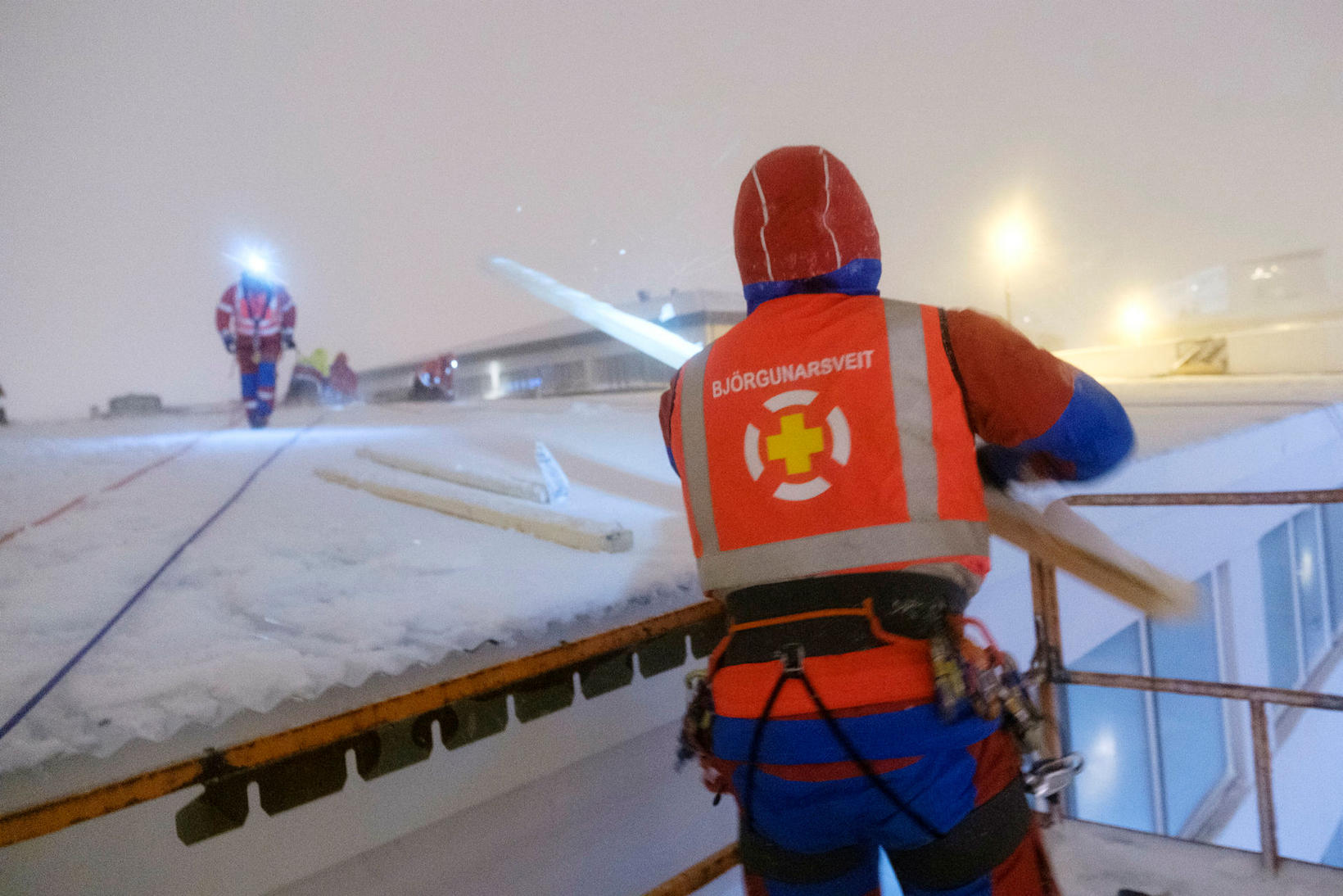 In the town of Ólafsfjörður, North Iceland, property damage from wind was so extensive that additional teams had to be called out. Several areas in North Iceland remain without electricity. Power outages were first reported mid-day yesterday.

In addition to responding to emergency calls, rescue workers have been busy transporting electricity workers and employees of telecommunications companies back and forth to work on repairs. Finally, they have transported health care workers to and from work.