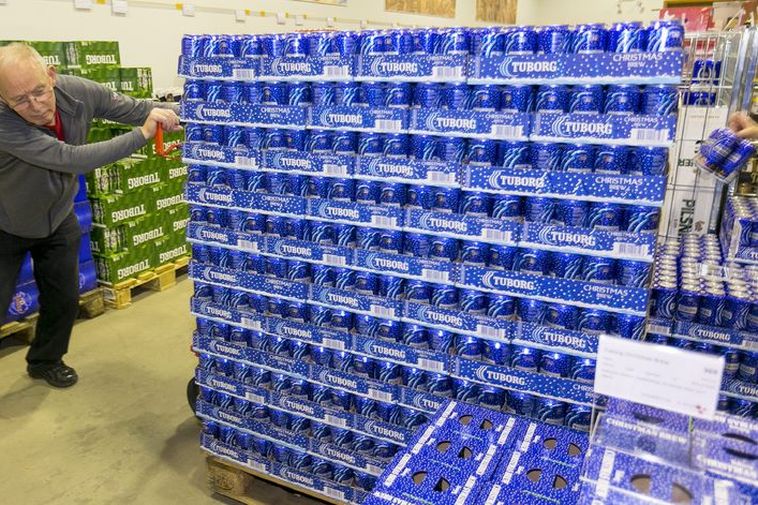 The Christmas beer season has begun - and the selection is greater than ever.

This is the time of year when Icelanders compare notes on which Christmas beer is worth trying. The various options are discussed in the hot tub by the swimming pool and during lunch break at work. Some people like to invite friends over for a Christmas beer tasting, where they blindly test several types and rate them.

According to information from the State Alcohol and Tobacco Company of Iceland (ÁTVR), the most popular brand of Christmas beers is Tuborg. Icelanders gulped down 86,761 liters of it the first nine days it was offered, representing a nearly 49 percent market share among Christmas beers.

The second most popular brand is Víking Christmas beer, of which more than 17,000 liters sold during this period, representing a 10 percent market share. Ranking third in popularity is Jólagull, followed by Thule Christmas beer and Jóla Kaldi.

The selection of Christmas beers has never been greater. Licenses were given for the sale of 78 types of the festive beverage this season. Some have names you may have trouble pronouncing, sober or not, such as Skyrjarmur, Bjúgnakrækir and Fagnaðarerindið II.

Others have names that either cause you to smile or offend you, such as Hóhóhólíshitt and Gæðingur Jingle Balls.

There are lite options, sweet options, including the taste of fruit, and even gluten-free ones - numerous ways in which you can quench your thirst.