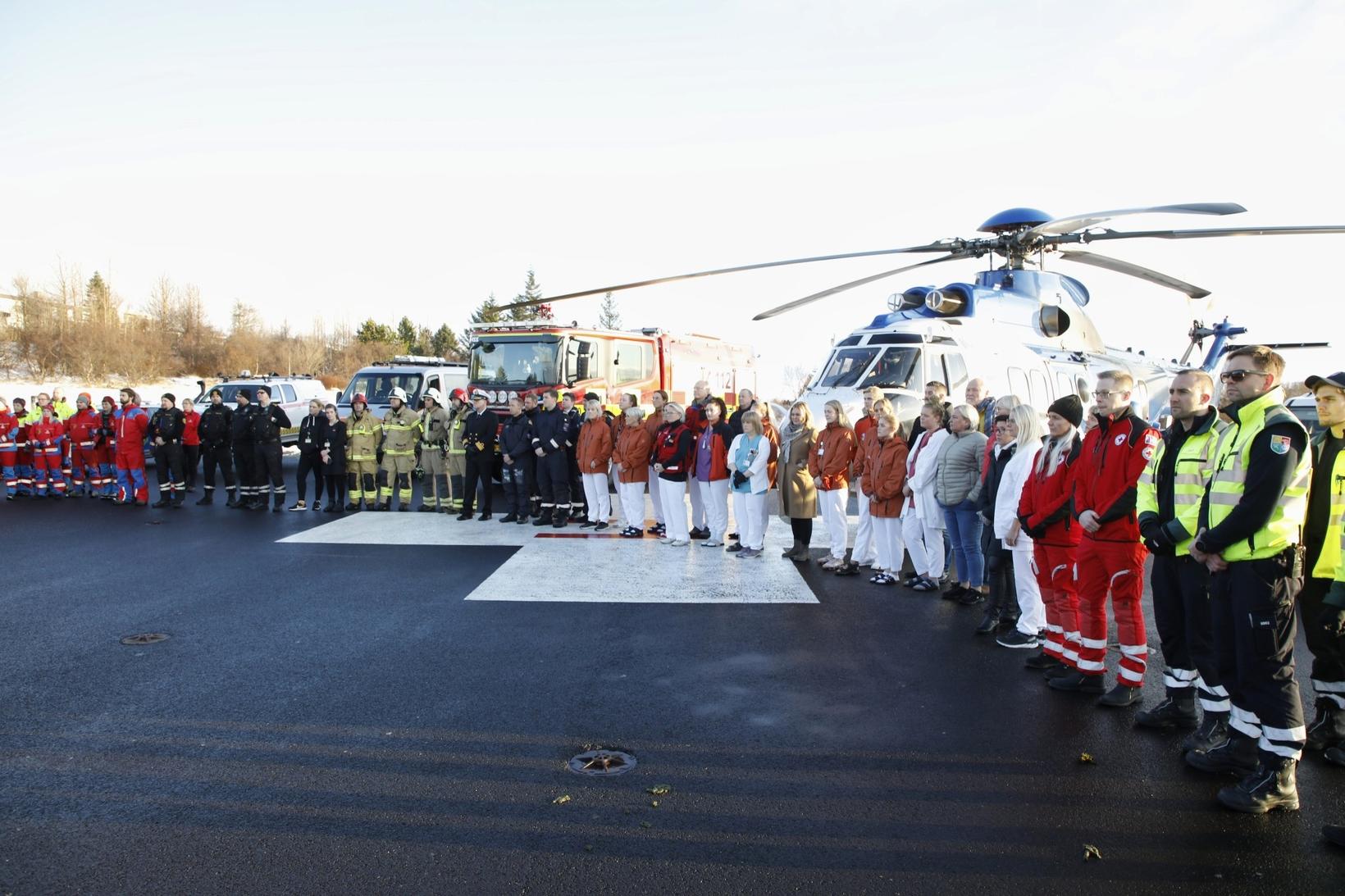 From the memorial service by Landspítali. mbl.is/​Hari

People gathered in many places in Iceland yesterday to remember victims of traffic accidents, as did people all over the world, on the World Day of Remembrance for Road Traffic Victims. It is observed the third Sunday of November every year. The gatherings in Iceland were organized by ICE-SAR rescue team members, as well as other first responders. 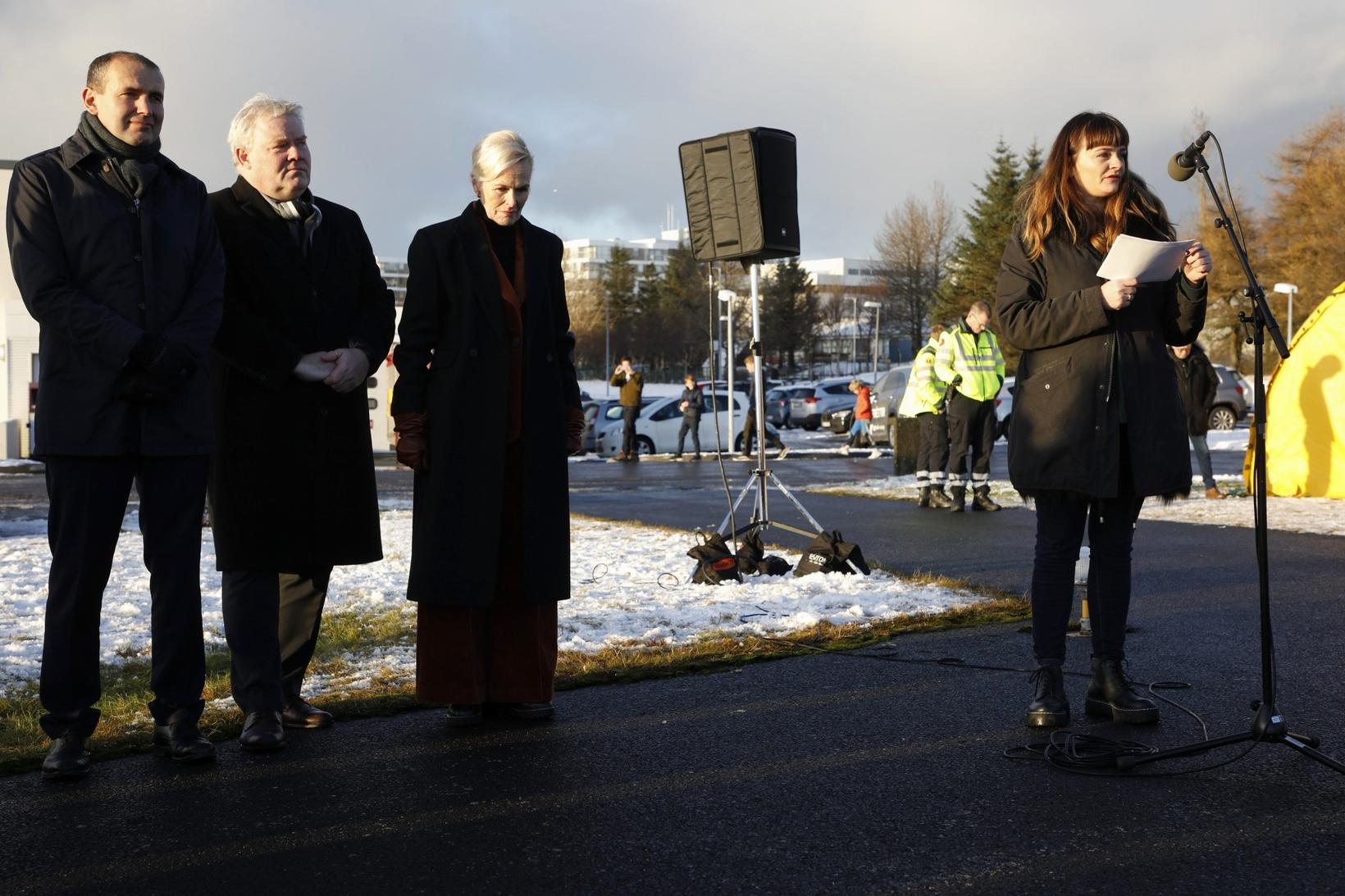 Ása Ottesen addresses the gathering. She lost a two-year-old brother in a traffic accident years ago. mbl.is/​Hari

One such service was held on the helicopter deck of Landspítali National University Hospital in Reykjavík, where President Guðni Th. Jóhannesson and Minister for Transport Sigurður Ingi Jóhannsson addressed the gathering, mbl.is reports. 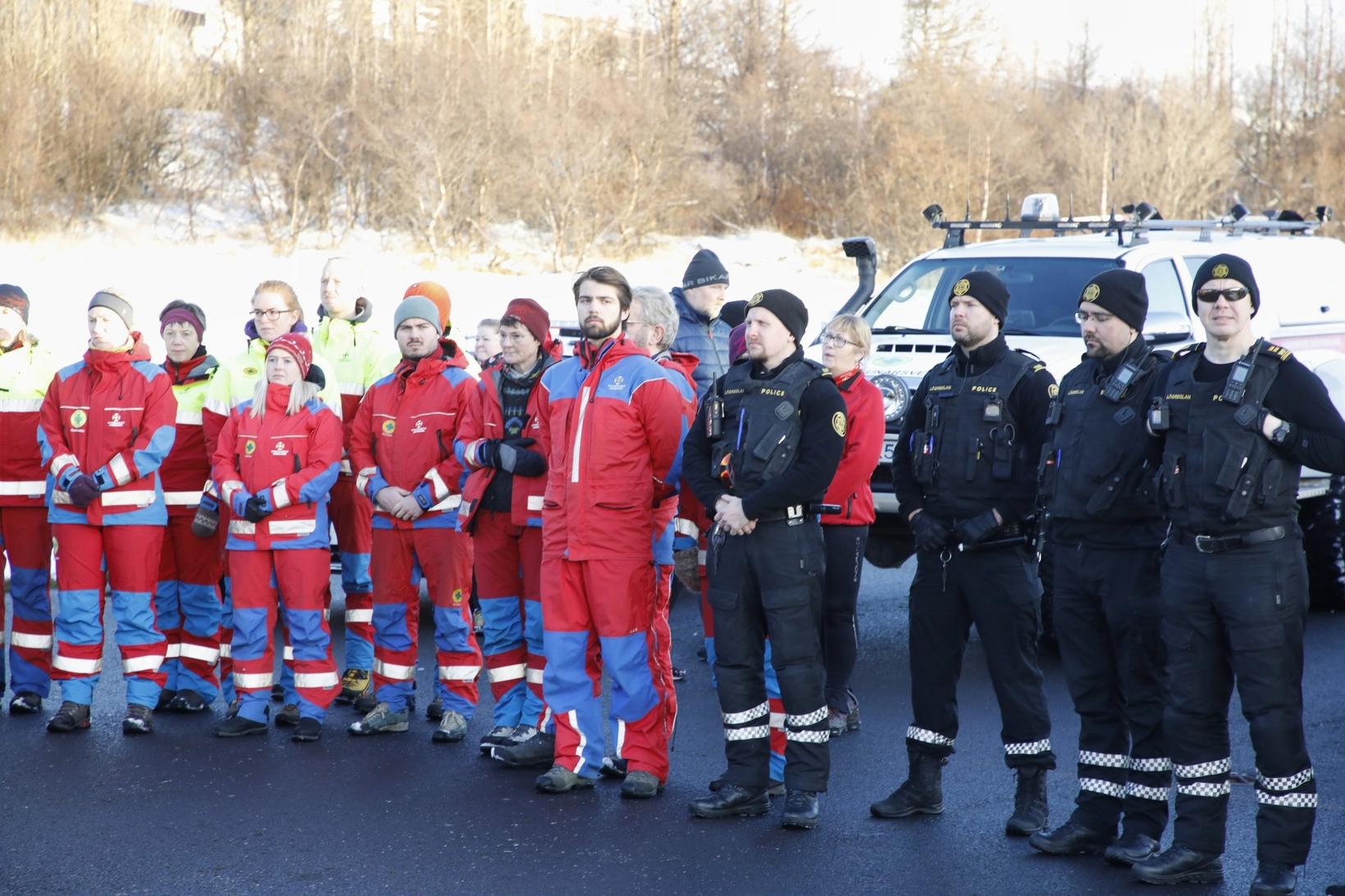 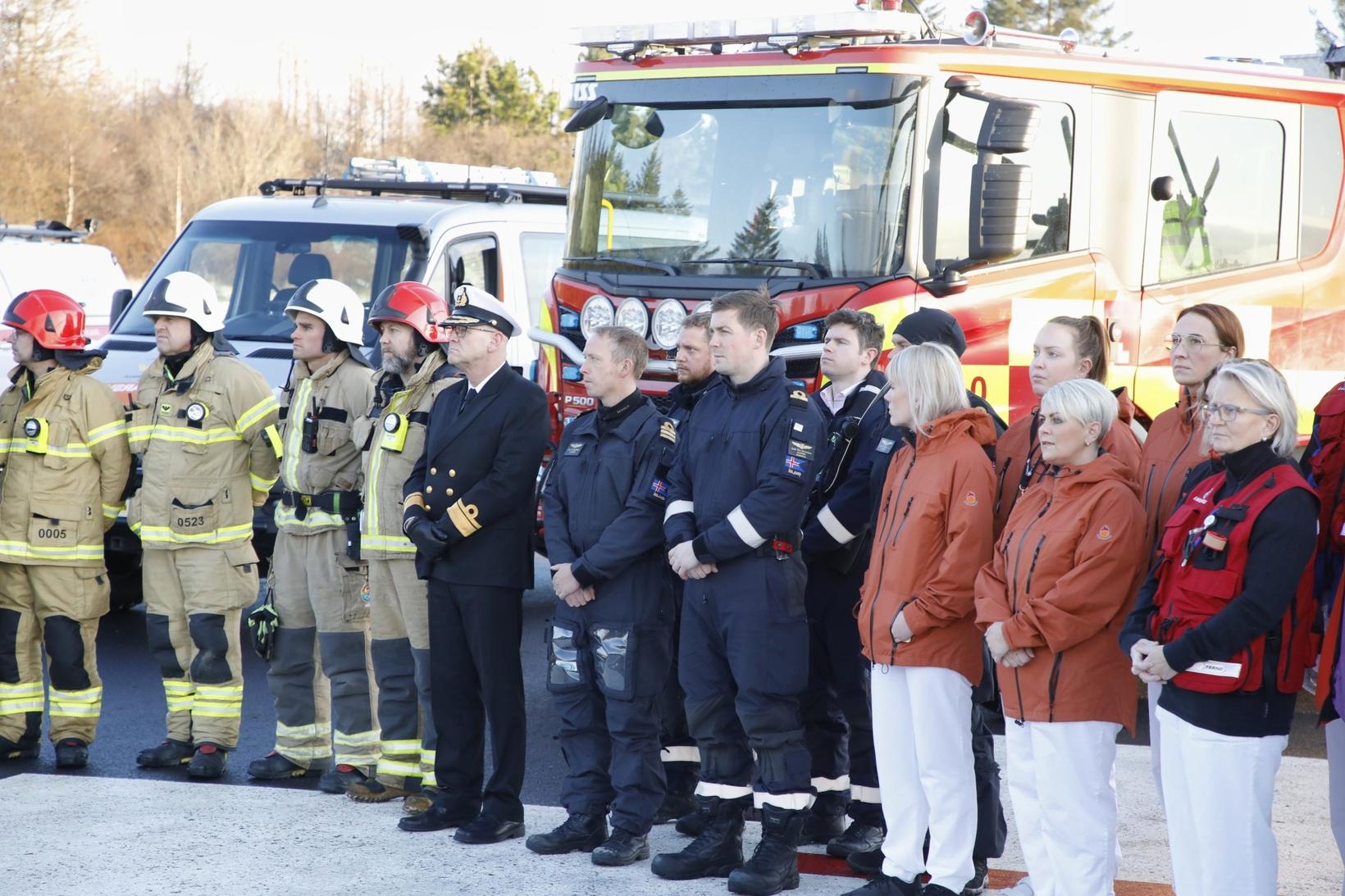 On Kögunarhóll hill, between Hveragerði and Selfoss, Southwest Iceland, people gathered to remember those who have died on that busy road. In 2006, 52 crosses were installed at the base of the hill – each representing a person who had died on this stretch of the Ring Road from 1972 till 2006. Since then, safety measures have included widening the road and adding median strips. 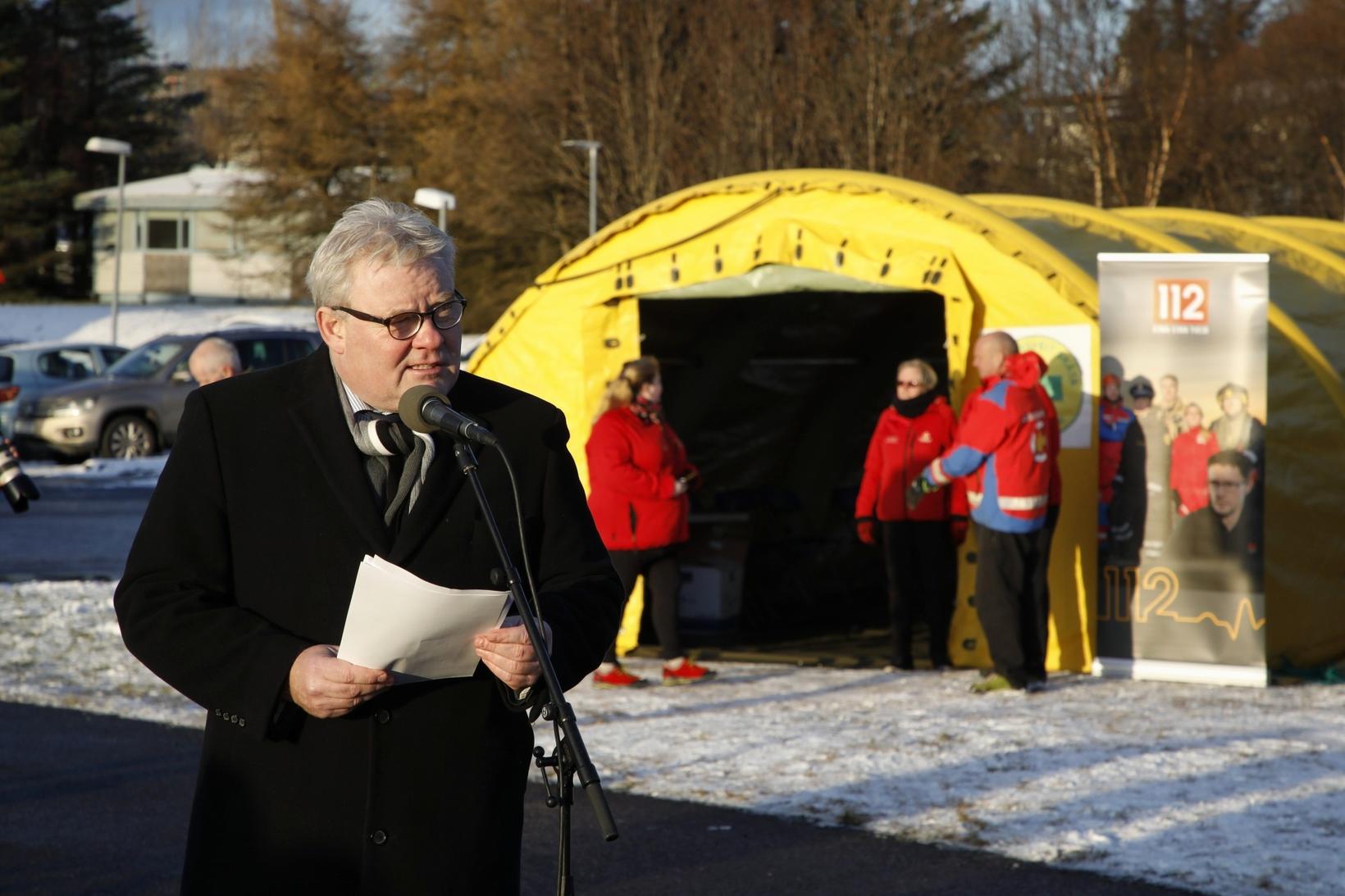