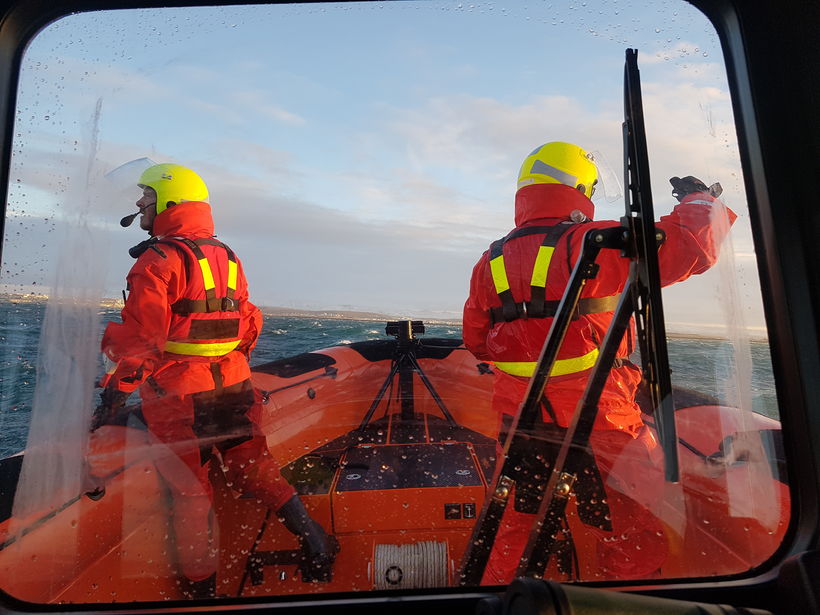 Rescue efforts are underway off the coast of Northeast Iceland, where a boat stranded earlier this morning, mbl.is reports.

Rescue teams in Northeast Iceland and the rescue vessel Gunnbjörg in Raufarhöfn were notified between 5 am and 6 am this morning of a stranded boat with two men on board, by Rifstangi point, the northernmost part of Melrakkaslétta plain.

Rescue teams are on the way from Húsavík and Raufarhöfn, along with other response teams. A nearby fishing boat was called out to help as well. The Icelandic Coast Guard helicopter has been sent out. 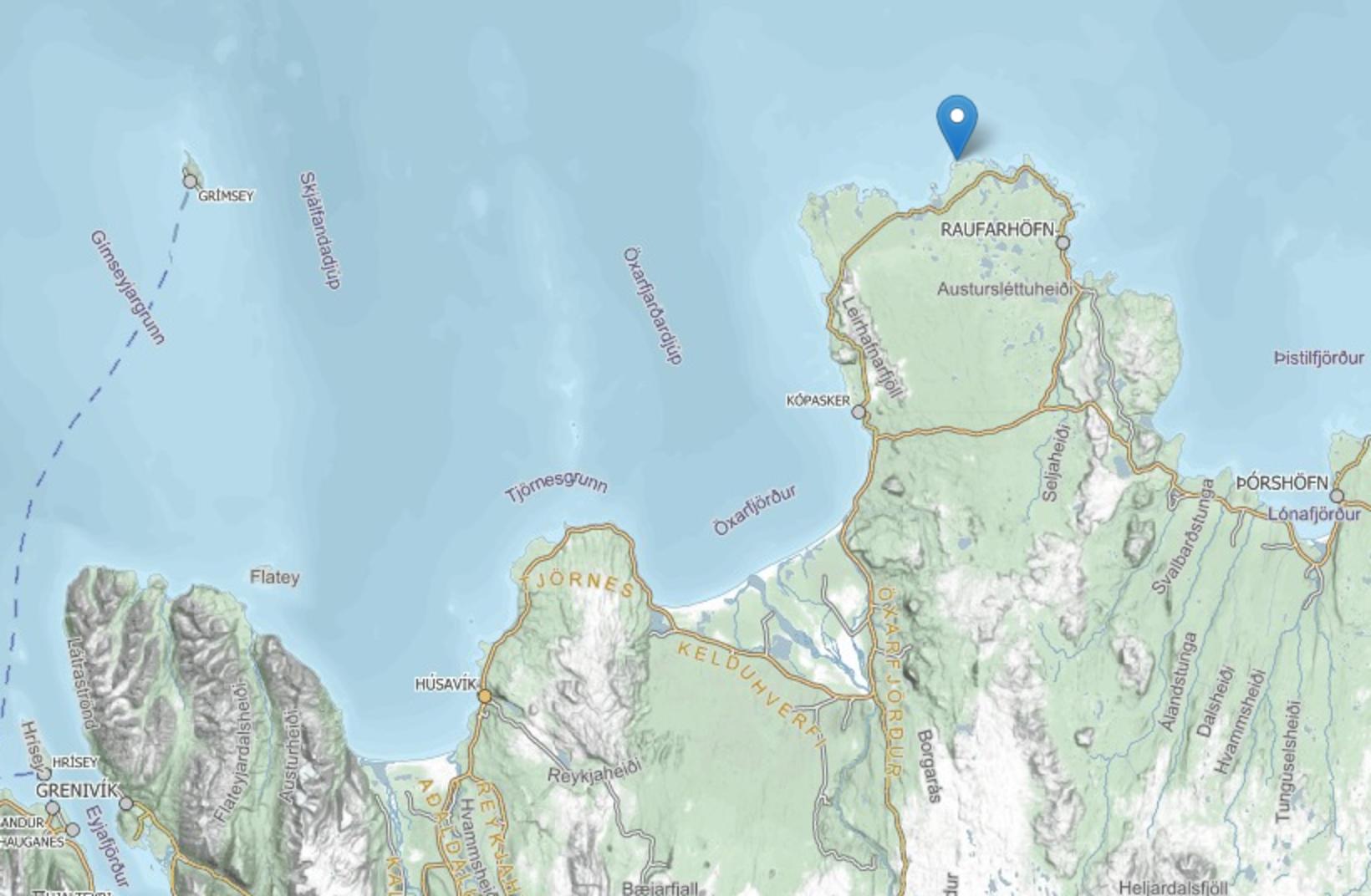 Rifstangi point is shown on the map. map.is

Rescue teams have arrived to the scene where the boat stranded, mbl.is reports. According to Davíð Már Bjarnason, PR person for ICE-SAR, a nearby fishing boat, Geir, had arrived to the scene by 7:45 am. Shortly thereafter, a rescue team from Raufarhöfn arrived in Rifstangi point by car. The team is now on the beach, about 100 m from the boat. The rescue vessel Gunnbjörg should arrive shortly.

“The greatest danger is over,” Dav íð states. The two men are still on board, and it is being evaluated whether the boat should be pulled out. Conditions are favorable, and winds are calm.

If the boat is not leaking, it could be pulled to harbor. “According to the latest reports, it is not yet leaking,” Davíð states.

The two men, who were on board the stranded boat are safe and sound. The boat was to be towed to harbor in Raufarhöfn, mbl.is reports.