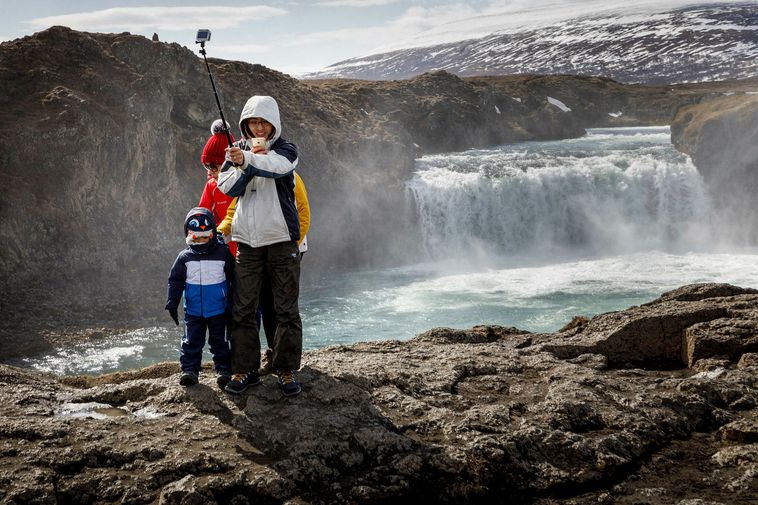 After experiencing a roughly 13 percent decline in the number of tourist this year, the Icelandic tourism industry is expected to grow again next year, mbl.is reports. This is the conclusion of a new analysis, done by the economics division of Landsbanki bank.

During the first eight months of the year, close to 1.4 million foreign tourists visited the country, or 214,000 fewer than during the same period last year.

The analysts expect the number of foreign tourists to increase by 3 percent in 2020, and by another 5 percent the following year, bringing their total number that year to close to 2.2 million – slightly fewer than in 2017, which was a record year in that respect.

Managers of roughly 40 percent of companies in the tourism industry expect less income this year than last, but remain fairly optimistic about the future.

“In the long run, we’re optimistic about continued growth in tourism in the country, and we expect it to exceed the global average to some extent,” Daníel Svavarsson, PhD, head of Landsbanki’s economics division, states. “The growth will, however, be much slower than what we’ve seen in recent years and on a more sustainable basis.”

During the first seven months of the year, Icelandair transported 29 percent more foreign tourists to the country than it did during the same period last year.

The bankruptcy of WOW – a low-cost airline, offering inexpensive fares – has changed the composition of the tourist population coming to Iceland. Since the bankruptcy, tourists, on average, appear to stay longer in the country and spend more money. Their longer stay and the fact that the Icelandic króna has devalued, increasing tourists’ purchasing power, means that the tourism industry’s income per tourist has increased, compared to prior years.

Airbnb overnight stays were down by 145,000 in the capital area the first seven months of the year, compared to the same period last year, representing a 15.6  percent reduction. Income from Airbnb was down 21 percent, counted in USD, but 7 percent, counted in ISK. During this time, the Airbnb market share in overnight accommodation decreased to 36 percent in the capital area.

The average occupancy rate at hotels in the capital area during the first seven months of the year was 73 percent and 40-65 percent in other parts of the country.