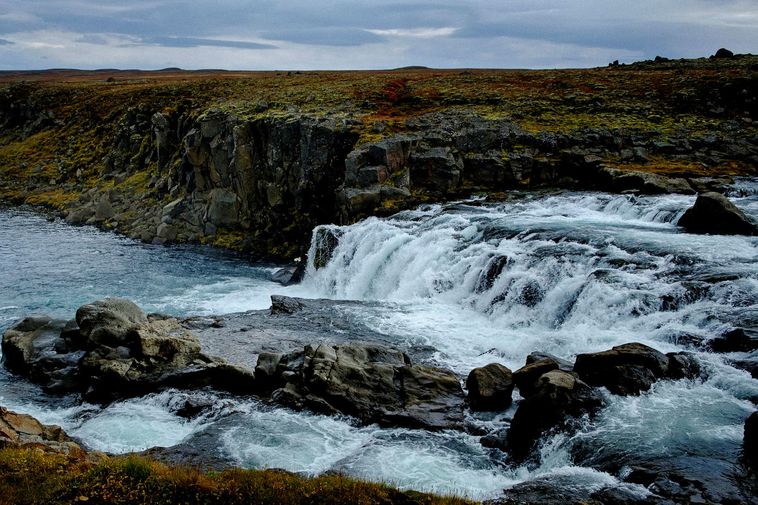 The angler club Strengur, the majority owner of which is British billionaire James Ratcliffe, yesterday presented Ratcliffe’s plans for research related to the Icelandic salmon population in Northeast Iceland.

Ratcliffe owns vast amounts of land in Northeast Iceland, the purchase of which he has explained by his desire to protect the population of Icelandic salmon. His purchase of farm after farm has, however, caused concern among many Icelanders, who worry about the increased ownership of land by foreigners.

As reported earlier, Ratcliffe will be funding research, done in cooperation with the Marine and Freshwater Institute in Iceland and the faculty of natural sciences at Imperial College London. Two PhD students, one from the institute, one from the college, will be working on the project, which is expected to last three to four years.

You can read more about the research here.

At yesterday’s meeting in Northeast Iceland, Dr. Peter S. Williams, technical director for Ratcliffe’s multinational chemicals company INEOS Group, headquartered in London, stated he has high hopes for the research, which he believed capable of returning results on a global level.

Ratcliffe plans to spend in excess of ISK 85 million (USD 679,000; EUR 618,000) on the research – a figure higher than previously reported – over a period of three to four years. Salmon ladders will be built and trees planted along river banks.

In addition, Strengur angler club has plans to build a new fishing lodge on Hofsá river as well as one on Miðfjarðará river, Gísli Ásgeirsson, the club’s director, announced. Besides, the club is interested in building a salmon ladder in Hofsá river. These projects, with an estimated price tag of ISK 600 million (USD 4.8 million; EUR 4.4 million), will require the majority approval of club members, he noted.

Finally, Else Möller, forester and project manager in Vopnafjarðarhreppur district, has been hired to investigate whether land near salmon rivers can be changed and improved through the reclamation of vegetation and through afforestation, with the aim of improving the living conditions of salmon.