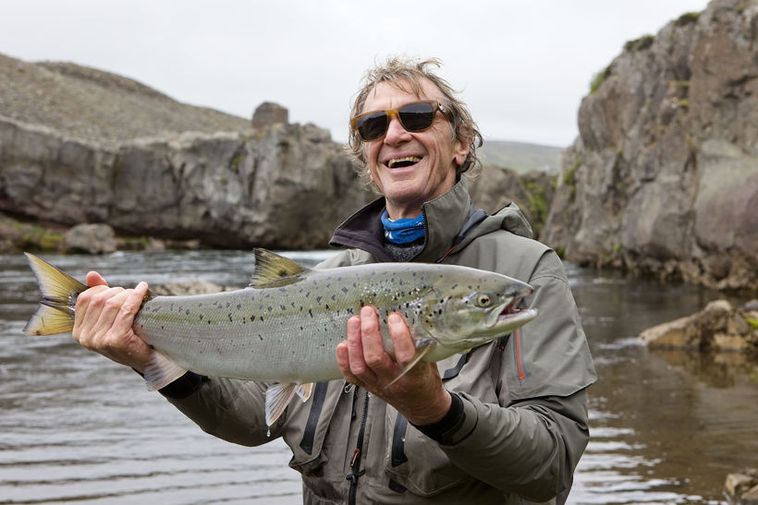 British billionaire James Ratcliffe will be funding new research, in cooperation with the Marine and Freshwater Institute, on the salmon population in Northeast Iceland, Morgunblaðið reports. This was announced at a press meeting at the offices of the institute yesterday afternoon, where the cooperation agreement was signed. The funding is reported to be part of Ratcliffe’s plan to protect Atlantic salmon.

Ratcliffe contributes ISK 80 million (USD 644,000; EUR 574,000) toward the research, which will be done in cooperation with the Marine and Freshwater Institute in Iceland and the faculty of natural sciences at Imperial College London. Two PhD students, one from the institute, one from the college, will be working on the project, which is expected to last three to four years.

An important aspect of the study will deal with the assessment of the accessibility of young salmon to feed, since this affects their survivability in the ocean and the number of salmon that return to the rivers to spawn.

Gísli Ásgeirsson, director of Strengur Angling Cub in Vopnafjörður, reported at the press conference that Ratcliffe’s total investment through the angling club could amount to up to ISK 600 million (USD 4.8 million; EUR 4.3 million) in coming years. In addition to the research, three projects are being worked on through the club: the digging of fertilized eggs, building salmon ladders and planting trees and other plants closer to the rivers.

Ratcliffe owns vast amounts of land in Northeast Iceland, the purchase of which he has explained by his desire to protect the population of Icelandic salmon. His purchase of farm after farm has, however, caused concern among many Icelanders, who worry about the increased ownership of land by foreigners.

A task force appointed by the government last year to suggest ways to limit foreign ownership through changes in legislation, turned in its suggestions in the spring, and Minister of Transport and Local Government Sigurður Ingi Jóhannsson has expressed his hope that a draft bill be ready in Alþingi, the Icelandic parliament, this fall.  A recent opinion poll conducted in Iceland revealed that 83.6 percent of respondents support placing stricter limits on the purchase of land by foreigners.