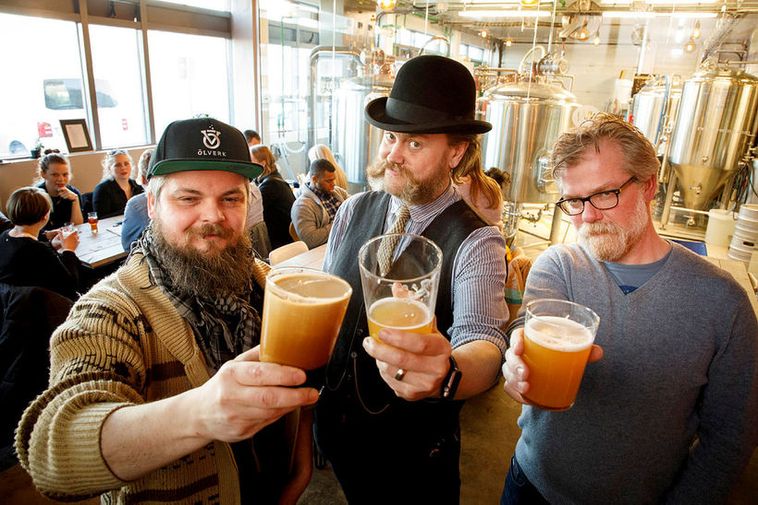 Registration is underway for the RVK Brewing Co. Beer Run, set for September 21 in Nauthólsvík, Reykjavík, k100.mbl.is reports. A so-called “beer mile” distance will be covered, which is close to 1.6 km. There will be three drinking stations on the way, and competitors must finish a beer at every one of them. The competition beer is light and brewed specifically for the run.

To qualify for participation, you must have reached the age of 20, and of course you may not drive back home. Hundreds of people have signed up already.

“We sense a lot of interest,” co-owner Einar Sigurdórsson tells Morgunblaðið. “This will be a very enjoyable run. Some intend to win and run fast. Others take it easy and drink slowly.  At the very least, it will be a fun run.”

“I’ve run a lot – half a marathon, and a marathon. Last year, I found the addition of ingesting ice-cold beer as I was running very difficult. It created a certain shock to the system. But very entertaining,” he relates.

You can register at midi.is.  In addition to awarding the winner, a prize will be given for the best outfit – for women as well as for men.

Biggest beer keg in the world on its way to Iceland