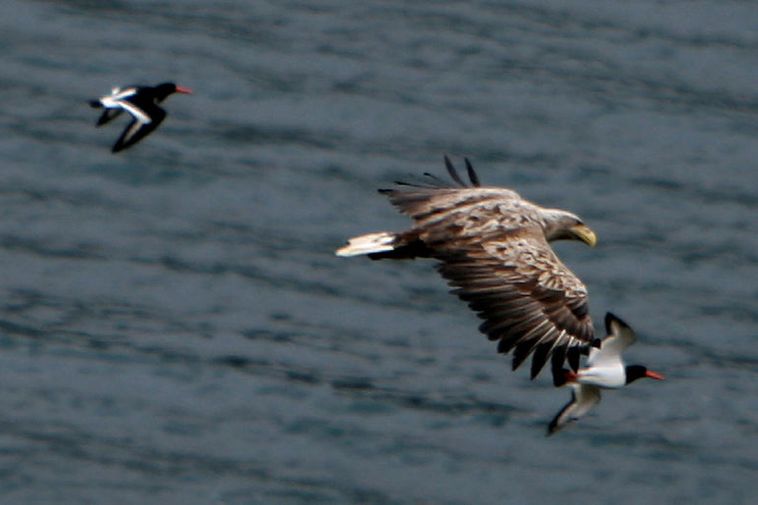 This has been a good summer for the Icelandic white-tailed eagle, according to Morgunblaðið. The bird’s egg-laying this year was more successful than it had been in a century, reports Kristinn Skarphéðinsson, ornithologist at the Icelandic Institute of Natural History. The white-tailed eagle is endangered in Iceland and protected by law.

A total of 56 eaglets survived this summer, while 87 eagle couples nested – most of them, or about 50, around Breiðafjörður bay, West Iceland. “That area is home to the country’s vastest beaches and countless islets off-shore, where the bird tends to nest,” Kristinn explains. He adds that in recent years, eagles have increasingly nested around Húnaflói bay, Northwest Iceland, and around Faxaflói bay, Southwest Iceland.

Sixty-five of the female eagles laid eggs, and 39 of them had eaglets that survived.

It is estimated that the eagle population in Iceland counts roughly 300 birds. The population is, therefore, doing well, compared to prior years.

Around the year 1900 and the two decades that followed, the eagle population in Iceland was almost wiped out. Thereafter, the situation began improving for the bird. Not until 1965, though, did its population begin to recover, following a ban on poison against foxes - poison, which had caused the eagle harm.

Since then, the eagle population has been growing.