Pilot Whale Could not Be Saved 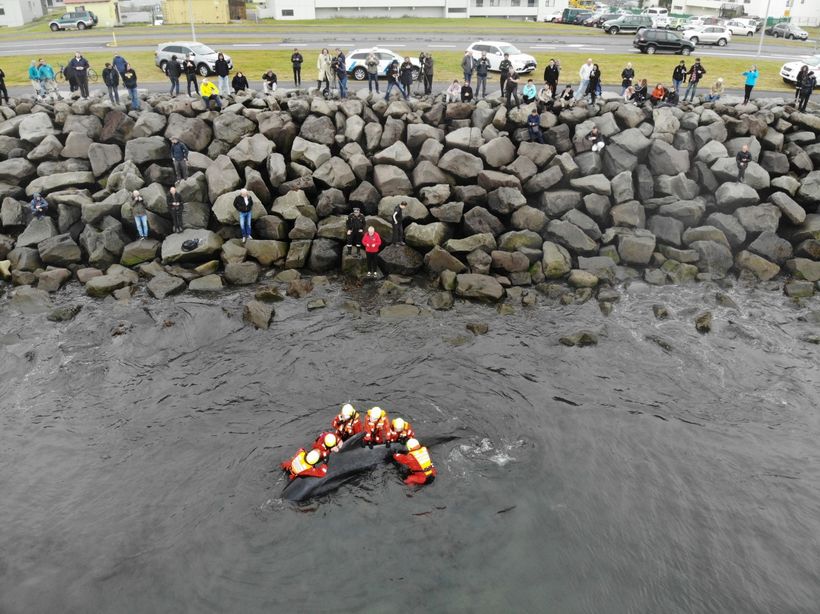 Attempts to save a pilot whale that beached on Seltjarnarnes point, near Reykjavík, yesterday, were in vain, mbl.is reports. Before beaching, the whale had been spotted swimming in circles near the shore. 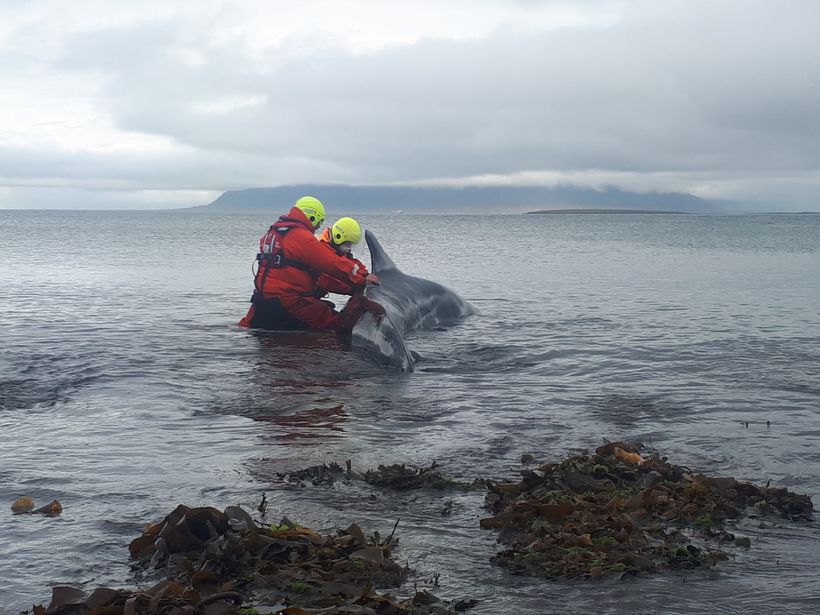 Rescue workers did their best to save the whale. mbl.is/Hallur Már

In the end, the animal was put to death, following recommendations from a veterinarian from MAST, the Icelandic Food and Veterinary Authority, who deemed that an end would have to be put to its suffering. 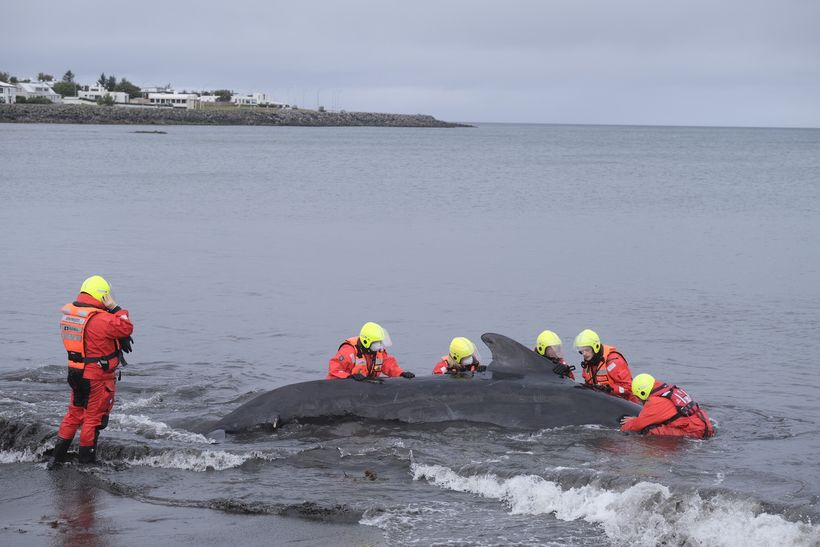 The Capital Area Police called out a special operations unit from the Icelandic Coast Guard to put the whale to death with the use of special equipment. When the decision was made, the whale had become very weak, having repeatedly swum back toward shore, after rescue workers attempted to direct it away from the beach. Rescue efforts began before 11 am and ended late in the afternoon. The whale was a male, with scratches on its back and an abscess by the tail.

Subsequently, the carcass was sunk. 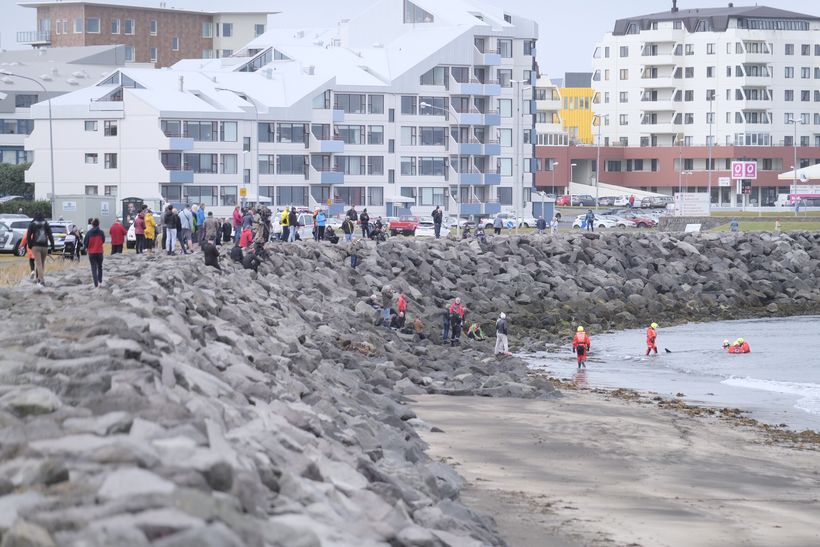 MAST posted the following statement on its website yesterday:

“When coming to the aid of a beached whale, still alive, one should under no circumstances try to pull it by tying something around its tail. That is a sure way to cause the animal injury or to drown it.

It is important to have specialists from MAST and from the Marine and Freshwater Institute assess whether a rescue ought to be attempted and what should be done. 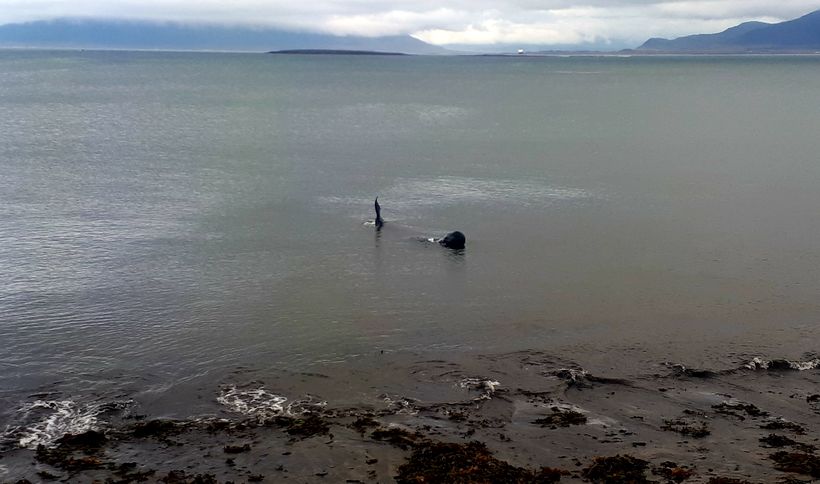 A beached whale should be reported to the police. [The emergency number in Iceland is 112.] If volunteers wish to help, pouring water on beached animals is important. Beached whales can survive for just over 24 hours on dry land, if sprayed with water. It is important to work calmly around the animals and to avoid causing them more stress than they’re already experiencing. One should, for example, not splash water over them out of buckets, but rather pour the water slowly and avoid having sea water enter blowholes.”

Numerous pilot whales have beached in Iceland this summer. 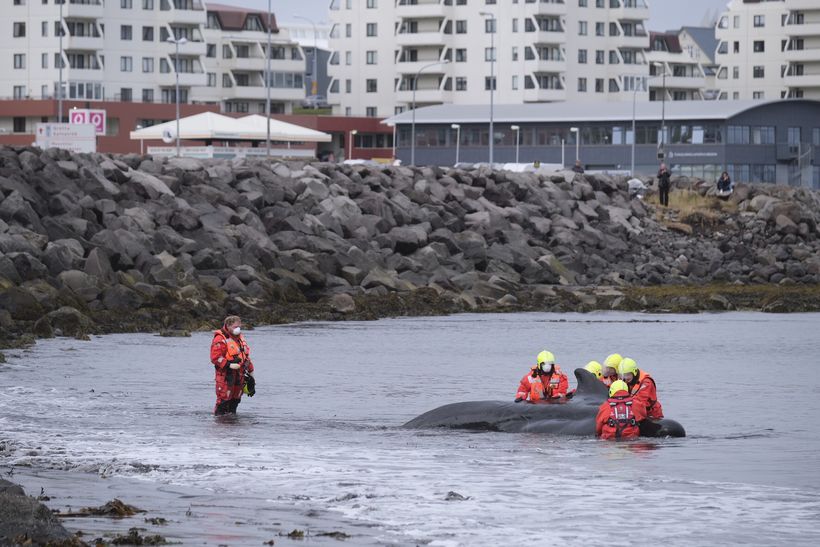