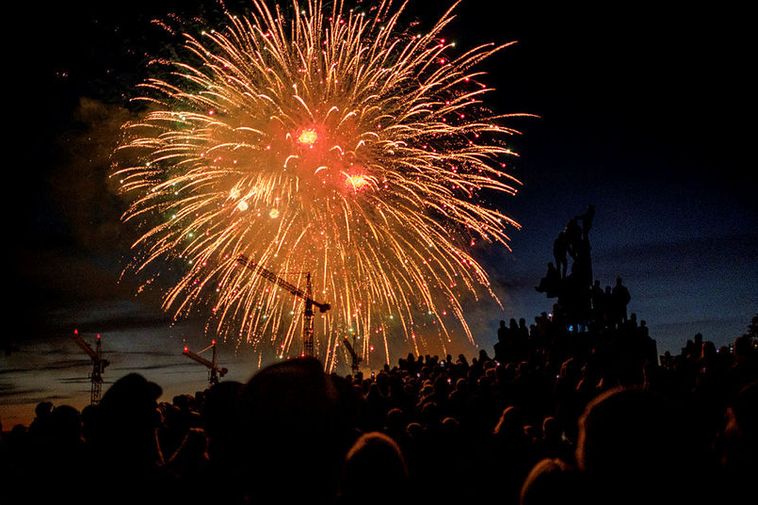 Will the fireworks display on Culture Night, planned for August 24, in Reykjavík this summer, be the festival’s last? At a recent meeting of the Sports and Recreational Committee of Reykjavík City, this question was discussed, in light of concerns regarding the environmental effects of fireworks, including their effect on public health, especially on people suffering from asthma.

At the meeting, Sif Gunnarsdóttir, cultural office manager for Reykjavík City, spoke of preparations for the festival and subsequently asked this question, Morgunblaðið reports. She states it’s clear that this year’s fireworks display will go head, because the cooperation of the city and ICE-SAR, the Icelandic Search and Rescue Association, which benefits from the sales of fireworks, started long ago. On the other hand, she points out, a discussion of environmental issues and fireworks is needed.

“This discussion is not new, and it comes up every year,” she states. These voices become ever louder, and we need to be aware of that. The fireworks display will go ahead this year, and there are no plans to cancel it. It will continue until we find something as uniting and beautiful for closing Culture Night.” She reports that her words were well received.

“I anticipate another fireworks display again in 2020, although it’s too early to assert anything to that effect. We wanted to discuss this, because we find it important, and in order to be able to start thinking about what could possibly be substituted for it.” She notes that the festival has changed in many ways since it was first held in 1996. “It adjusts to the city and the people. Nothing about it is set in stone.”

Increased awareness of environmental issues has brought attention to the excessive use of fireworks in Iceland, especially on New Year’s Eve. It is considered by many people, among them specialist at the University of Iceland, to be a serious problem.

According to a study presented by Professors Hrund Andradóttir and Þröstur Þorsteinsson in September of last year, the pollution, in the form of airborne particles, from fireworks in the capital area on New Year’s Eve is more than in large cities, such as Bejing, China, and New Delhi, India. On New Year’s Eve, 2017, a European record in pollution was set.

The study included a poll, which found that 57 percent of Icelanders favor stricter rules regarding fireworks, while 27 percent would like to see their use by the general public prohibited, allowing organized displays only.

What complicates the discussion is that ICE-SAR has for years counted on profits from sales of fireworks to fund their efforts. Their sales of fireworks remain their largest fundraiser, and their share of the fireworks market has generally been between 70 and 80 percent.

In 2016, 662 tons of fireworks were imported to Iceland before New Year’s Eve, a 118-ton increase from the previous year. It took forty-five 40-feet containers to carry the fireworks.