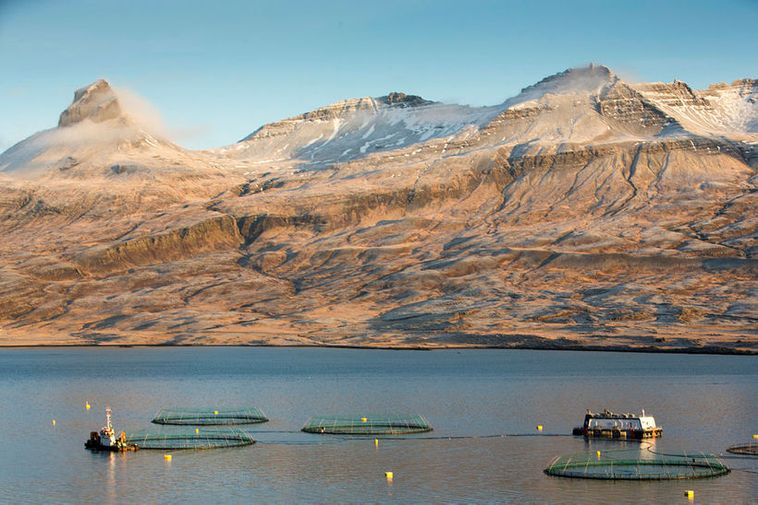 Numerous businesses have publicly declared support for the initiative Against the Current (Á móti straumnum), a collaborative project between environmental associations, businesses and individuals in Iceland, Fréttablaðið reports.

About 30 businesses, 20 of them Icelandic, have declared support for the initiative, after collecting more than 10,000 signatures for a petition that encourages authorities to “halt issuance of all new licenses for open-net pens while encouraging the industry to develop sustainable alternative farming methods.”

Restaurateur Nuno Servo, who has lived in Iceland for more than 25 years, is among the initiative’s supporters. He runs the restaurants Sushi Social, Apótekið, Tapas barinn and Sæta svínið.

“Iceland has, for a reason, boasted of and profited from purity in, among other things, food production. Therefore, it’s contradictory to allow such environmentally harmful food production as farming in open-net marine pens,” Nuno states.

“It is sure to have a negative effect on the good reputation we’ve built,” he adds. “Foreign visitors want to be certain the food they eat is produced in a professional and environmentally friendly way, and that surely includes salmon. Where the ingredients come from does matter to our customers.”

Two draft bills, introduced by the minister of fisheries and agriculture, regarding salmon farming await approval by Alþingi, the Icelandic parliament. It remains to be seen whether time will allow for them to be passed this parliamentary session.

Salmon farming has been hotly debated in Iceland in recent months, and among the environmental associations supporting Against the Current is the Iceland Nature Conservation Association and the Icelandic Environment Association (Landvernd).

Patagonia premiered its documentary Artifishal in Iceland in April to bring attention to the risks involved in allowing open-net pens.

Last year, the Icelandic chefs’ national team caught attention by canceling sponsorship from  Arnarlax salmon farming company, and by not using the company’s products in their dishes.

For detailed information about this debated topic, please see an article in the Guardian here.