Family Was Onboard Plane that Crashed 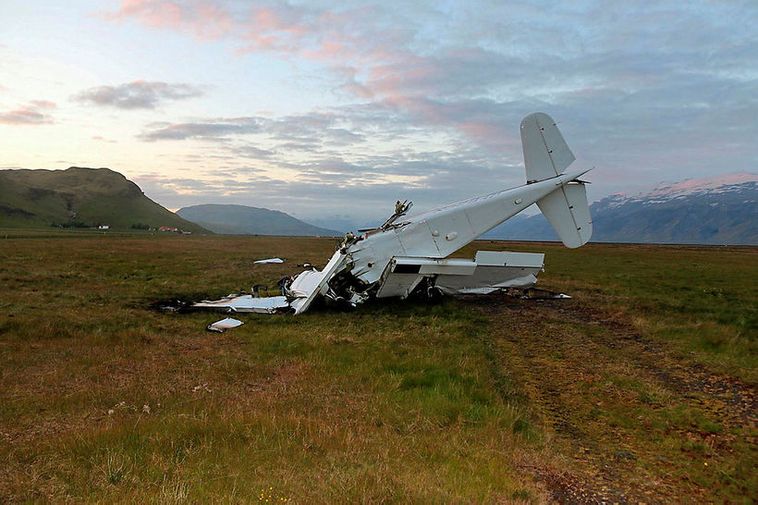 A family was onboard the small plane that crashed in South Iceland Sunday night, Fréttablaðið reports. A couple and their son died in the crash. Another son of the couple and their daughter-in-law are in hospital, seriously injured.

The plane, which crashed about one km from the airstrip by Múlakot in Fljótshlíð, was a two-engine, five-seat private plane, a Piper PA-23 Apache, built in 1957 and registered in Georgia, USA.

The pilot of the plane, a very experienced pilot, according to RÚV, had been practicing touch and go at the airstrip shortly before the crash.

Anton Kári Halldórsson, head of the local council in  Rangárþing eystra, tells Morgunblaðið that the community and family are devastated. He is also a fire fighter and was called to the scene of the accident Sunday night.

“[T]his is terribly sad …The airstrip is used by many people in the area,” he states. “Many pilots own cabins in the vicinity and they have their own association around this. They take care of the airstrip.”

Leifur Bjarki Björnsson, chief of Rangárvallasýsla county fire department, reports that access to the passengers was tough and that a cutter and a reciprocating saw had to be used to remove them from the wreck.

Seven people in the area received crisis counseling from members of the Red Cross.

A preliminary investigation of the accident is believed to take one to three weeks. The wreck has been moved to a hangar where the investigation continues.