Three people are dead and two seriously injured after a small plane crashed in South Iceland last night. A two-engine, five-seat Piper Apache plane crashed near the airstrip by Múlakot, Fljótshlíð, in South Iceland. Its left wing caught fire on impact. The accident was reported shortly after 8:30 pm. 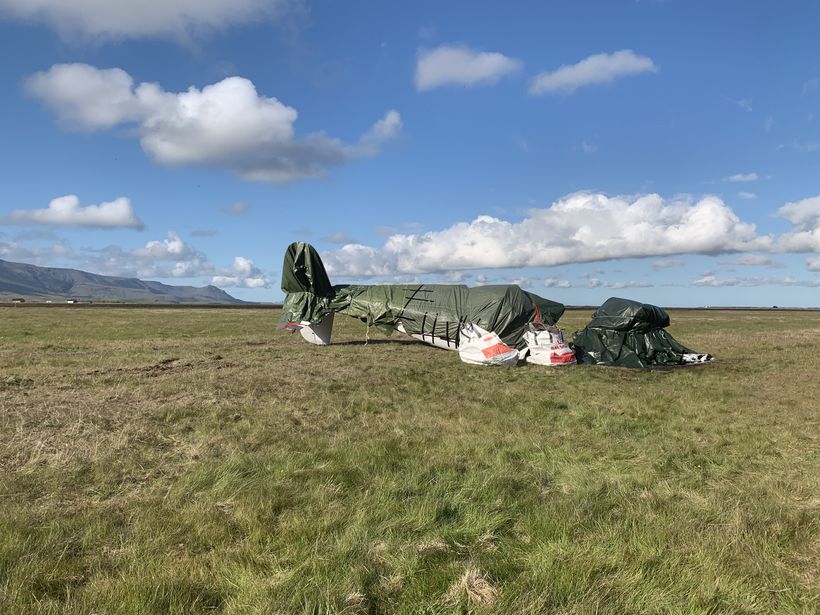 Three people died at the scene of the accident, mbl.is reports, and two, seriously injured, were transported by the Icelandic Coast Guard helicopters to Landspítali National University Hospital in Fossvogur, Reykjavík. A large team of police officers, fire fighters, and paramedics was sent to the scene, in addition to Red Cross workers, who offered witnesses crisis counseling. 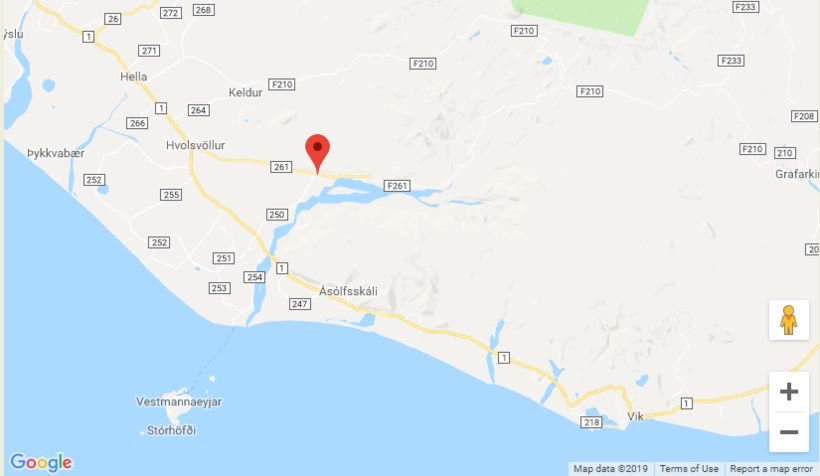 This is where the accident occurred. MapGoogle Maps

Mbl.is reports that shortly before the accident occurred, the pilot had been practicing touch and go at the airstrip. This was confirmed by South Iceland Chief Superintendent Sveinn Kristján Rúnarsson. He also confirmed that all five people onboard the plane were Icelandic. The aircraft, a private plane, is registered abroad.

One person witnessed the accident, and several others were in the area at the time. No other aircraft were using the airstrip when the accident occurred.

The Aircraft Accident Investigation Board and the forensic division of the Capital Police Department completed investigation of the scene of the accident early this morning. In addition to them, the investigative unit of the South Iceland Police is investigating the accident. The plane wreck was transported to a hangar for further investigation.

According to the South Iceland Police , the condition of the survivors of the accident is stable.