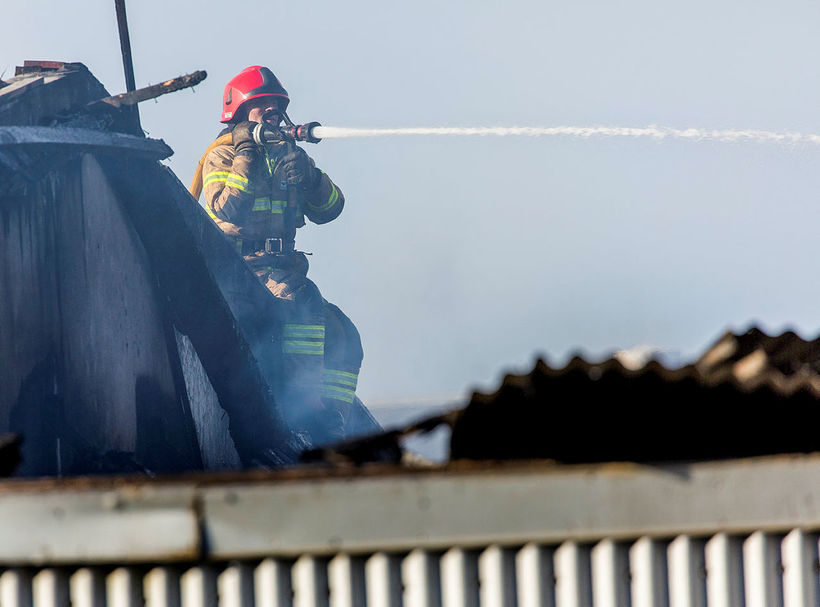 From the scene of the fire. mbl.is/Ómar Óskarsson

Three boys have confessed to being responsible for the fire that heavily damaged Seljaskóli grade school in Breiðholt, Reykjavík, Sunday morning, according to a statement from the Capital Area Police.

All three boys are under the age of 18, and one of them under 15, the age of criminal responsibility. The case is being worked on in cooperation with social services. The investigation is ongoing and proceeding well. No further information can be provided, according to police. 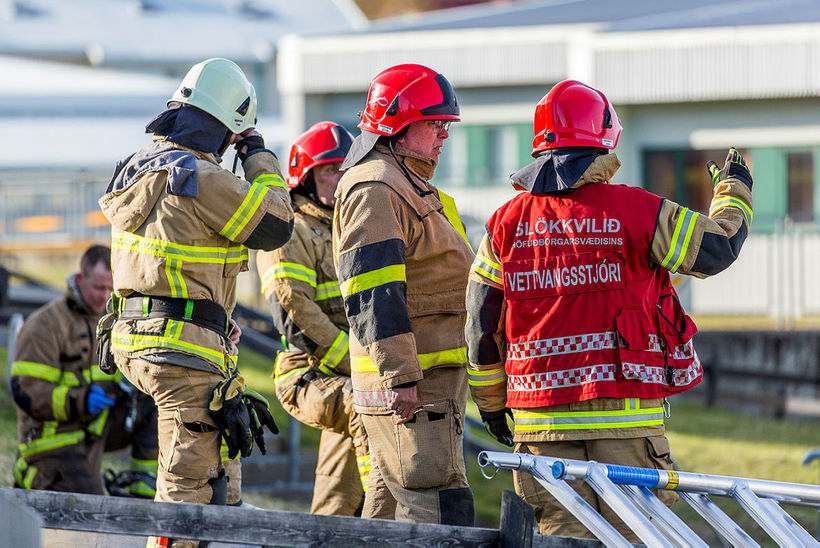 The fire erupted in the roof of the school building, forcing fire fighters to remove all its corrugated iron roof sheets. There are six classrooms in the part of the building that was affected. The school was closed on Monday, due to the fire. For the rest of the school year, about 250 of the school’s 600 students, will receive instruction in temporary classrooms.

This was the second fire at Seljaskóli grade school in two months. In March, fire erupted in the roof of another section of the building. The cause of that fire was found to be electrical wiring. The second fire, therefore, caused people to worry about building’s safety.