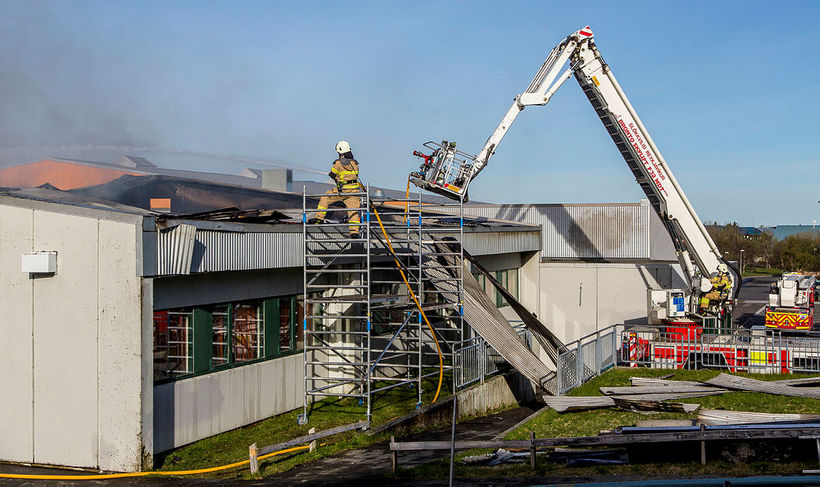 Seljaskóli grade school in Breiðholt, Reykjavík, is heavily damaged after a fire erupted in its roof shortly after midnight, Sunday morning. This was the second fire in the building’s roof in two months. It took fire fighters about 12 hours to complete their job. 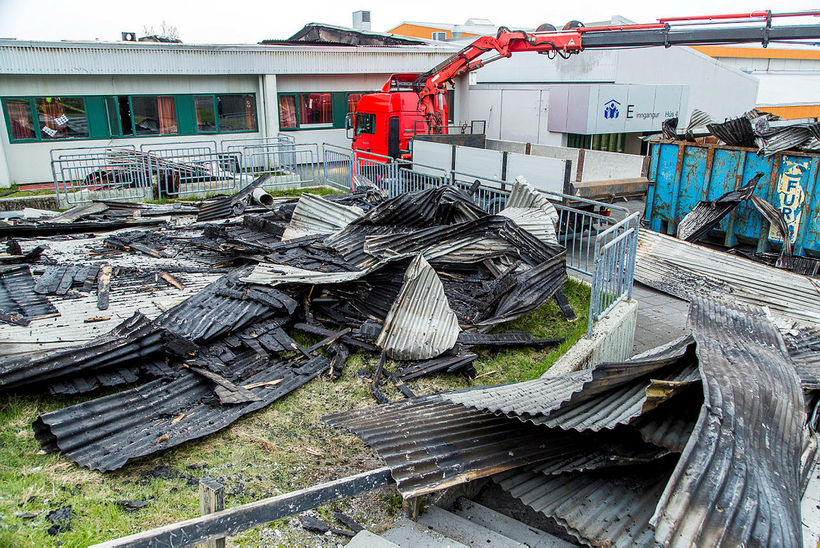 The Capital Area Police Department is investigating the fire. Should the cause be technical, as was the case in March when electricity was the culprit, that needs to be investigated thoroughly, Fire Chief Jón Viðar Matthíasson tells mbl.is . 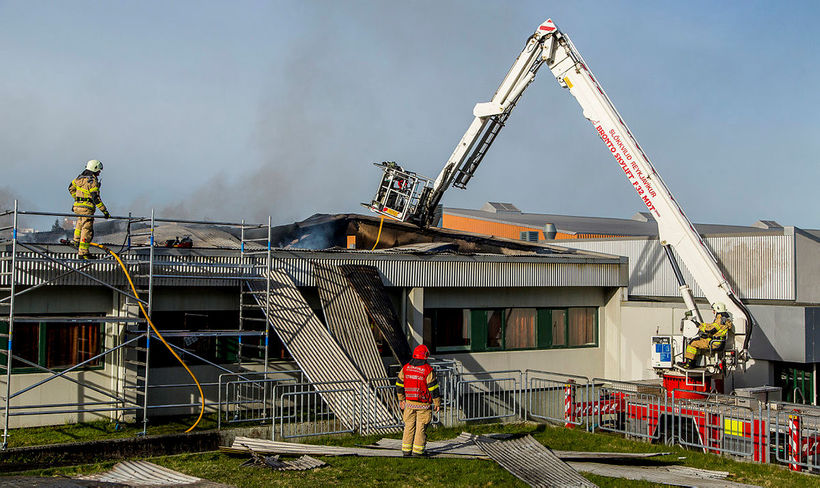 Damage to the school building is due to fire, water and smoke. Six classrooms were located in the affected part of the building. About 250 out of the school’s 600 students will have to receive instruction in temporary housing for the rest of the school year. 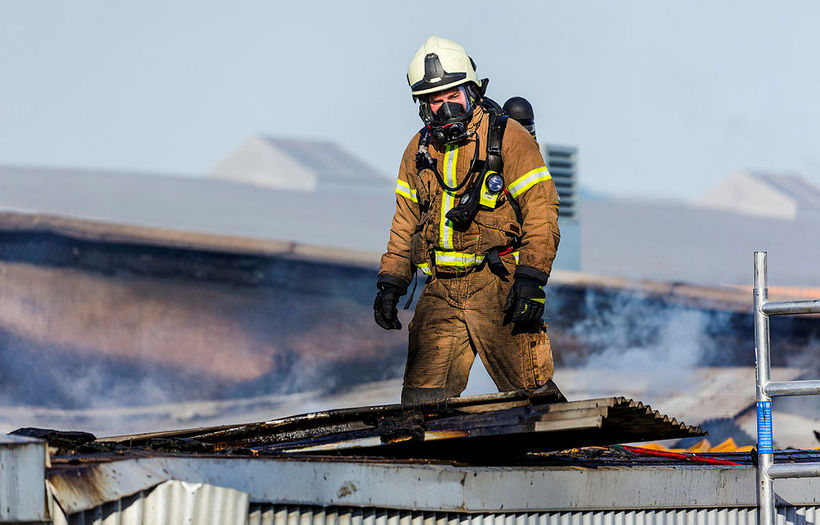 Parents of school children enrolled at the school have criticized the fact that since the fire in March, school hallways have been used for instruction, thereby blocking fire escape routes. Regnheiður Davíðsdóttir, who heads the parents’ association, tells Morgunblaðið that a safety assessment of the school needs to be done. She reports that school officials have repeatedly asked authorities for funding to cover maintenance, but to no avail. 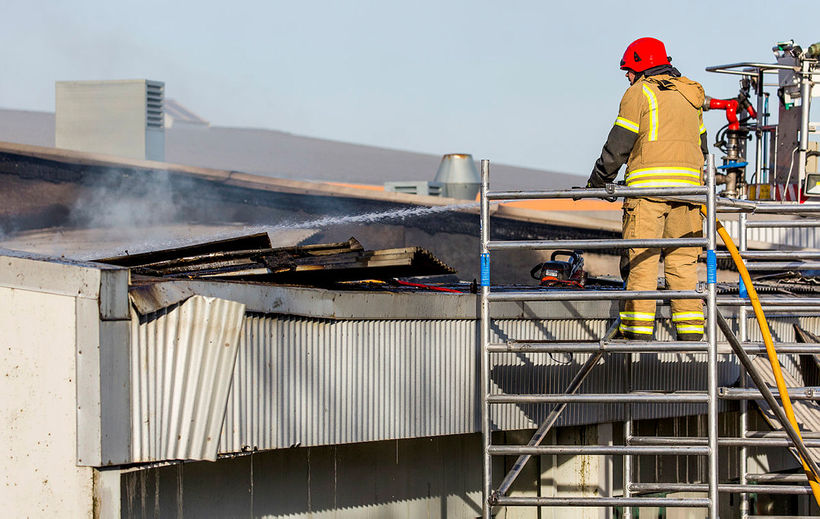 Jón Viðar states that we must wait for the result of the investigation.  “There are two possibilities: arson or a technical reason. If the reason is technical, we must investigate it thoroughly,” he states.  It would be worse if no apparent cause were found, he adds.

The school operates in several interconnected buildings, each with their own fire compartment. Underneath the corrugated iron roof, there is a concrete layer, which also works as a fire compartment. For this reason, the fire didn’t spread to the rest of the building.