Nettó to Adopt Food in the Nude 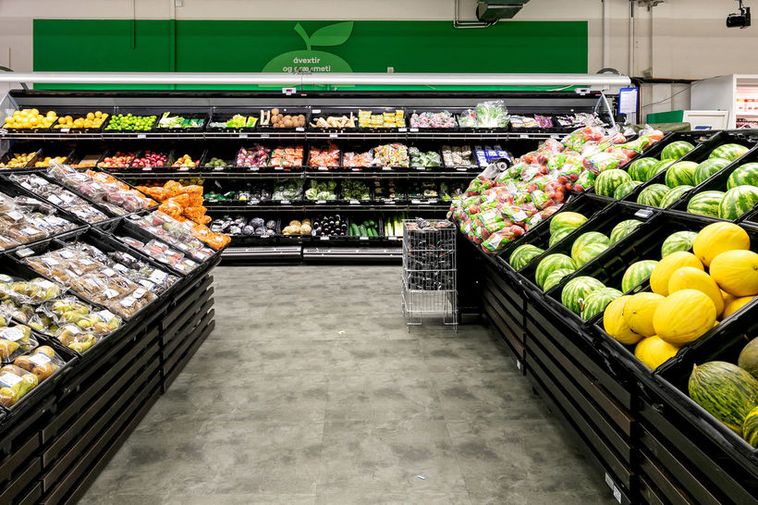 The Icelandic discount supermarket Nettó has announced its aim to make the fruit and vegetable section of its stores plastic-free by the end of the year, mbl.is reports. A press release from the company notes that much of its organic produce is already wrapped in environmentally friendly packaging, and that the initiative will be launched in cooperation with suppliers.

This move is quite in line with a relatively new trend dubbed “food in the nude” which, for example, has been quite popular in New Zealand. As a result, sales of some vegetables have soared by up to 300 percent, according to nzherald.co.nz.

In recent years, a special sprinkling system has been in use at the fruit and vegetable sections of Nettó stores, which lengthen the shelf life of produce by 30-40 percent. Besides, non-disposable bags for fruits and vegetables, popular among customers, were taken into use by the chain at the beginning of the year.

“We constantly strive to improve, as far as the environment is concerned,” notes Gunnar Egill Sigurðsson, manager of the store division of Samkaup, the company that operates the Nettó stores. He notes that Nettó places a strong emphasis on having a positive effect on the environment by being a leader among grocery stores in Iceland in terms of environmental issues.

“In 2017, we set ourselves the goal of reducing the number of plastic bags used by one million, or by 30 percent by the end of 2019. Since 2010, we’ve seen a 37 percent reduction,” Gunnar remarks. “We’re also diligently searching for environmentally friendly solutions, such as plastic-free solutions in disposable goods for camping trips this summer. We will stop carrying plastic straws, moving instead toward biodegradable ones, among other things.”

Icelanders fall in love with Costco